Ceremony in Amsterdam on Thursday if Ajax becomes national champion 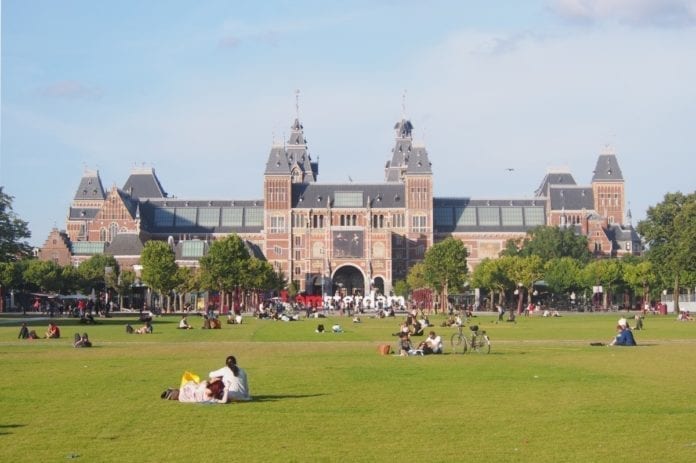 Ajax will be playing the final against De Graafschap on Wednesday evening to secure the title of national champion for the 34th time. If Ajax becomes the national champion, a ceremony will take place on Thursday 16 May on Museumplein, according to the municipality of Amsterdam.

Admission to the ceremony is free and will broadcast live on TV! Museumplein opens at 1 p.m. and the ceremony will take place from 4 p.m. to 5 p.m.

What can you bring to the Ajax ceremony at Museumplein?

There will be no foods or drinks sold on the Museumplein, so bring your own! Alcoholic drinks are allowed for personal use, at around a six pack per person. Drinks must be in plastic bottles, cups or cans.

Glass, weapons, laughing gas, and fireworks are banned from the area. Security will be searching people and their belongings at the entrance.

How to get to Museumplein for the Ajax ceremony?

NS trains will be running according to the timetable so those across cities in the Netherlands can travel to Amsterdam for the ceremony. In Amsterdam, tram lines 3 and 12 will not be running on Thursday because of the ceremony.

Wheel-Chair access and a special platform that holds 50 wheelchairs is available on the side of the Van Gogh Museum (Honthorststraat / Museum Promenade). However, to access the platform, one companion of at least 18 years old is required.

Will the museums at Museumplein be open during the Ajax ceremony?

The last time Ajax had a ceremony on Museumplein was in 2011 where riots and violence broke out. Recently, after winning a title, Ajax is celebrated at the Johan Cruijff Arena in Amsterdam-Zuidoost so this would be a special ceremony.

Museums are taking measures to prepare for the possible ceremony on Thursday, reports NOS. Back in 2011, the Stedelijk Museum suffered 400,000 euros worth of damage because of the violence. This year, the museum chose to remain closed all day.

The Van Gogh Museum has chosen to open in the morning, but several tickets will be refunded for visitors that purchased tickets for that afternoon.

The Rijksmuseum will be open all day as normal, but measures are also being taken. A spokesperson says, “We close the passage under the museum to prevent football supporters from getting there. Our gardens, where visitors can normally walk around, are also closed in the afternoon because of the ceremony.”

Are you watching the game? Let us know in the comments, below!