Museumplein is full: Around 100,000 people at the Ajax ceremony 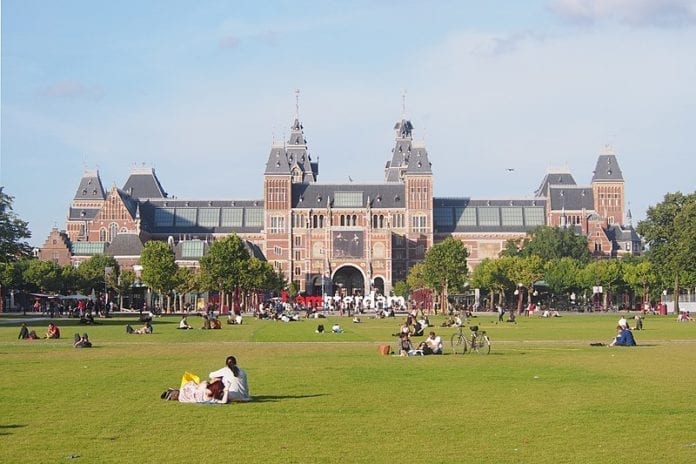 Are you on your way to Museumplein to celebrate Ajax’s big win last night? We got some bad news for you guys – we just got word that Museumplein is full, and people are being turned away. It is overcrowded at the moment with more than 100,000 people there to celebrate, reports NOS. No, our feature image is not an accurate depiction, sorry.

Please do not go to Museumplein as it has reached maximum capacity. We advise you to watch the Ajax celebrations on TV https://t.co/GR1eC4jpuK or YouTube instead: https://t.co/UlR2DDz1Nn #ajaxkampioen #museumplein pic.twitter.com/MVfzI10yD8

I know, it’s very disappointing. Ajax’s victory against De Graafschap was special for many reasons. It was their 34th win, with all the players wearing the number 34 in the memory of Abdelhak Nouri, a player who collapsed during a match in July 2017. He suffered a cardiac arrhythmia attack, leaving him with severe and permanent brain damage.

So, suffice to say, it was special victory for the team, the team’s management, and the fans alike. But don’t be too disappointed! You can still watch it on the television, or on youtube. Thank god for technology, huh? It’s not the same as being there of course, but it is still something.

Are there other ways you’re celebrating? let us know in the comments below!