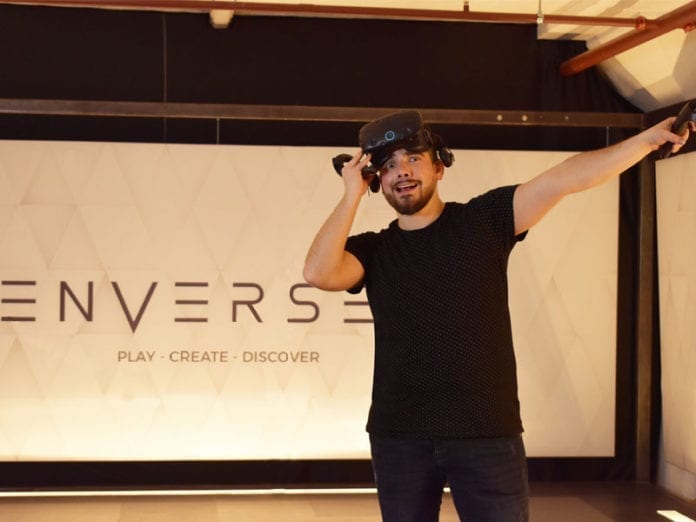 Enversed is one of the best and biggest Virtual Reality centers in Europe. It’s situated in Eindhovens’ Strijp-S area which by itself is already a cool place to visit. DutchReview had the opportunity to experience Enversed and its mind-blowing games first hand!

VR gaming! The future of entertainment?

With the most recent advancements in technology, virtual reality is becoming more and more realistic and quite frankly more enjoyable and playable for the regular person. So if you’re stuck between being a thrill seeker and a little wimp, VR gaming is the perfect solution for you! But since proper VR experiences still cost a ton and need some good space to experience it, good old arcades are making a come-back.

In case you don’t feel like reading, here is the TL;DR version.

Enversed Virtual Reality center allows you to experience something mindblowing (and seemingly risky stuff) in a fun & safe environment.

You start by booking a VR-room through their website, it’s ultimately a social experience, so you need some company. Once there, the crew of Enversed will help you on your way with a good variety of VR games you can enjoy with your friends.

So what is there to actually play?

What it’s all about: the games!

There are tons of games to be played at Enversed, and something there for everybody in essence. Here are a couple of the games we really liked. 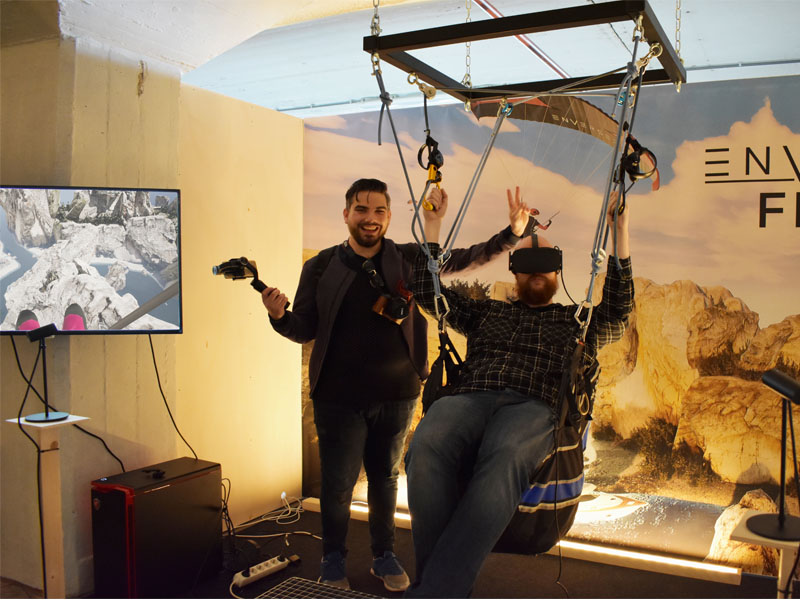 Want to (kinda) conquer your fear of heights? Then settle into the paragliding simulator and (if you suck at it, like we did) experience what it’s like crashing into the cliffs.

Want to feel like a hunky dystopian warrior? Then space battle it out in a shooting game against some very mean drones (it’s also good training for when robots take over in the near future).

What you see in-game when battling drones:

Essentially, what Enversed offers is more than just games. VR is simulation, mental and physical training, as well as getting to know yourself. We were also blown away by how immersive and accurate the whole experience is. VR is really making progress compared to the sometimes awkward experience of a few years ago.

Maybe you’re now thinking, ‘isn’t it all a bit for nerdy loners’? Well, Enversed is actually aiming for the exactly the opposite experience and they’ve got it spot on.

Virtual Reality is a social experience at Enversed

Here’s us flipping burgers for instance; the dream baby:

And this is what you see in-game:

This way VR is no longer about isolation, but about going on a virtual adventure together. Are you a team-player or you let your competitive side get the better of you? No problem, because Enversed offers both co-op and competition based games. From making burgers together to going against one another in a colorful archery competition – the social element really stands out here…

This makes VR perfect for team building and training as well

While at Enversed, we had the opportunity to chat with Sander Winters – one of the founders of Enversed. He provided us with some pretty cool insight on how virtual reality can be used not only for entertainment, but also for training and teamwork.

Enversed also offers packages for companies that wish to train their staff in certain skills that are difficult or outlandishly expensive to simulate in real life or provide their crew with a one-of-a-kind team building experience. Think about working on complex machines in Virtual Reality, if you fork it up in VR you’re better prepared for the real deal later on. So if you’re in charge of the team outings and you’re reading this and looking for something to combine some proper training and good old fun, then Enversed is a good spot. 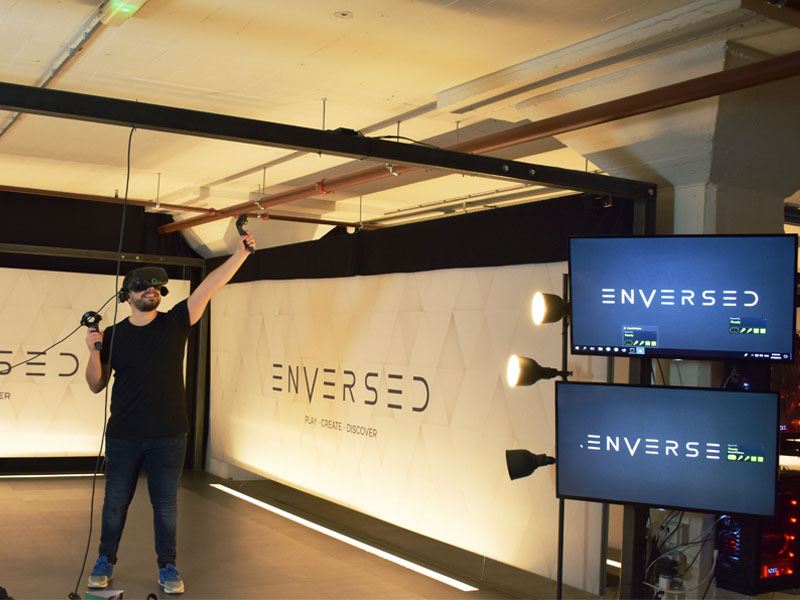 The future of Virtual Reality and Enversed

Even though we didn’t know what to expect at first, we were blown away by the technology and innovative gaming experience that Enversed offers. It all worked seamlessly, started up quickly, controls were intuitive and we were in no way troubled by any dangling lines or nausea which used to bother VR in a few years ago. Kind of makes you wonder where this going to end?

When talking about the center’s future plans Sander Winters explained that they will continue expanding this social setting. He hopes that soon enough we’ll be able to create our own avatar and story, allowing people to interact and go against other players scattered across multiple VR centers throughout the world. There were also tons of plans of getting other cool VR setups going at Enversed (racing, shooting – they had some wicked greenscreens there for you to mess about with). The building in which it’s located at least has plenty of space for new stuff.

Speaking of the location…

And all of this is happening in the perfect Dutch town for such innovative stuff – Eindhoven! The urban technology city is home to many world-renowned tech giants such as ASML, NXP and the company that really kind of made Eindhoven; Philips.

Enversed is located in the up-and-coming hipster tech location of Strijp-S in Eindhoven, which actually was the old site of many Philips factories. It seems made of the stuff that’s so much in fashion now in New York and Rotterdam, with old warehouses, factories and industrial buildings all housing creative and fun things now. 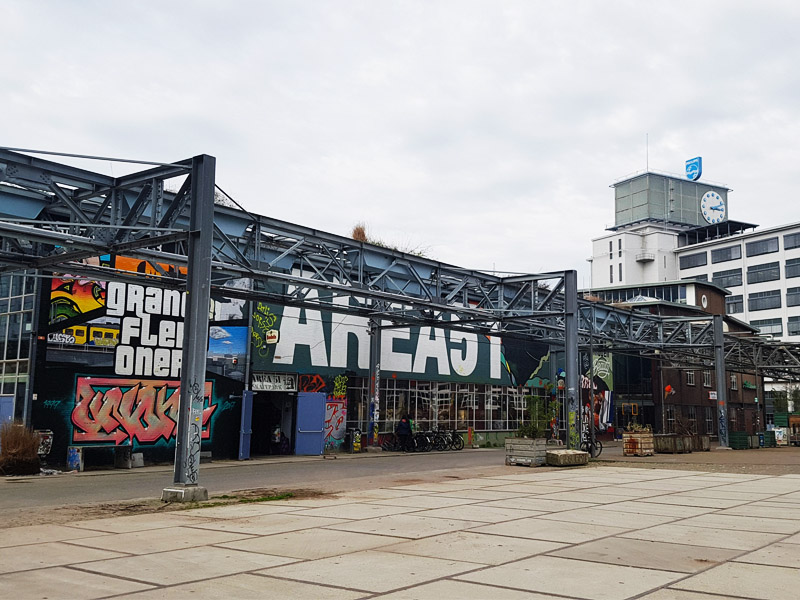 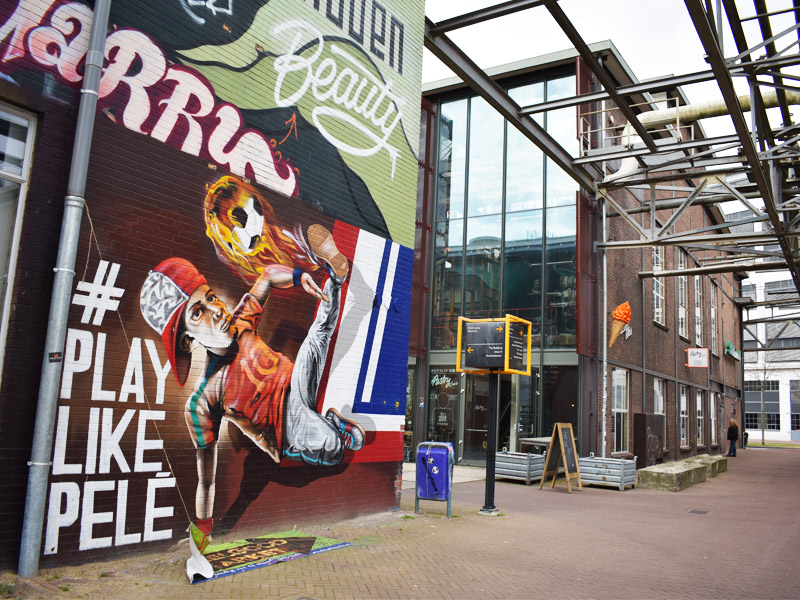 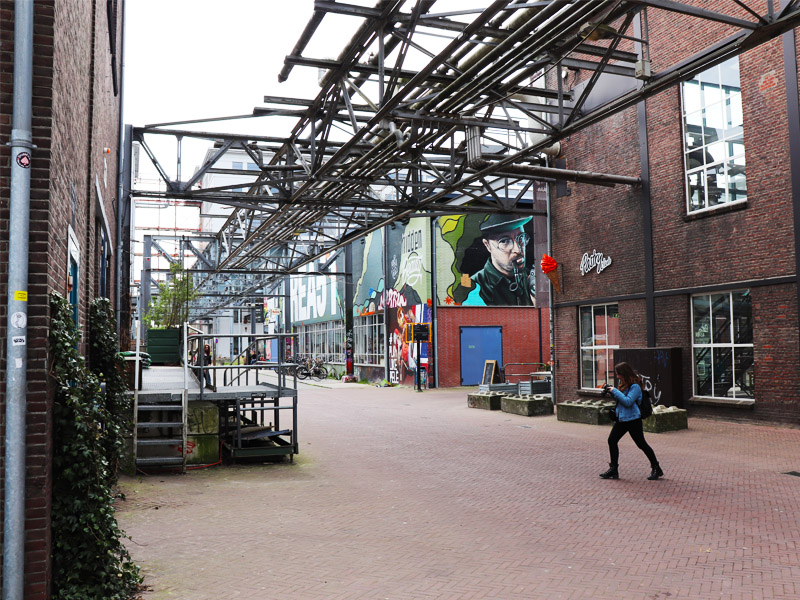 Enversed is just minutes away from urban shops, festival locations, clubs and trendy hotspots. Right below Enversed is actually a trendy food market to cater to every kind of appetite, and the place itself also has a more-than-good lounge area.

So once you’re done exploring the dazzling world of VR at Enversed, make sure explore the hip streets of Eindhoven Strijp-S with your friends.

Oh yeah, Enversed is also constantly upping their game and has new stuff incoming all the time- check out their latest VR-installation:

How cool is that, right?

Have you ever given Virtual Reality a go? Or even visited Enversed in Eindhoven before? Let us know in the comments!

Previous articleThe weather is set to improve: the sun is coming out again!
Next articleStriking in the Netherlands: Why don’t the Dutch have more strikes?