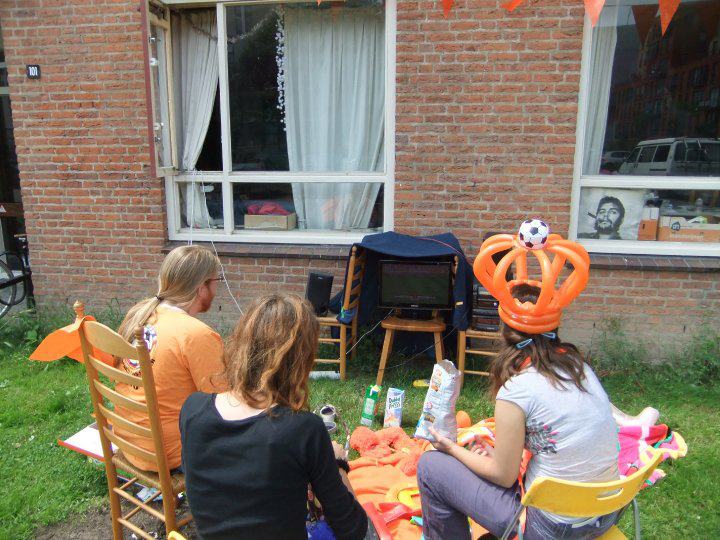 When students living together in student houses exit their rooms and enter the public, they are immediately ordered to return home by the police, and are threatened with fines. But since they live together, they are technically adhering to the rules. Are they at fault?

Keeping a distance of 1.5 meters is the golden rule in today’s day and age. The advice, however, doesn’t apply to members of the same family who are living together — or to households in general for that matter, since those that live together are in close contact with each other all the time.

Thus, they are allowed to take walks together or sit outside in closer proximity. But what about in the case of student houses, where 15 or more live together and share bathroom and shower facilities, as well as cooking areas? This is the case in facilities such as the IBB housing complex in Utrecht run by the student housing provider SSH. Theoretically, this should be possible, RTLNieuws reports.

These groups often receive condemnation from the public, although they aren’t necessarily doing anything wrong by being together outside since they live together. But last Thursday, 17 residents of the Uilenstede student housing complex in Amstelveen were each fined €390 for sitting and talking outside, according to RTLNieuws.

Due to concerns, Amstelveen defined households:

and stated explicitly that “student units were NOT included.”

In some student houses, there isn’t a backyard, a balcony or even a common space, points out Daan Roovers, the chairman of SSH. Roovers has written to the mayor Utrecht asking for clarity on the situation.

The case for considering student houses as one household

Students are in a particularly vulnerable position during this crisis. For one, they live at the same address (sounds like a household, right) and can’t apply for rent subsidies, which many of them are in need of since most work flexible hospitality jobs to cover rent and living. They’re also living away from home (particularly those internationals) and therefore could especially vulnerable to mental health issues such as loneliness and depression.

If the measures continue for months, it could have severe consequences on them. So would it really be that bad if their unit was considered a household?

Should student units be included as “households?” Let us know your thoughts in the comments.