The Netherlands has been jam-packed with incredible, powerful, and strong women throughout history — and today.

To mark International Women’s Day, or as the Dutch say Internationale Vrouwendag, what better way than celebrating a selection of Dutch women who championed feminism in their own way.

Here are 11 kick-ass Dutch women whose legacies live on.

Anna Maria made waves as the first woman who attended university in the Netherlands — and potentially in Europe. However, it wasn’t easy: at her lectures, she had to be hidden behind a curtain because lordy be, a female in the classroom may just distract the good male students.

All in all, it was worth it: Anna Maria became well-educated, could speak 14 languages, including Latin, Greek, Hebrew, Arabic, Syriac, Aramaic, and Ethiopic, as well as various contemporary European languages. She was also renowned as a scholar, poet, and painter. What a legend!

"Forgiveness is an act of the will, and the will can function regardless of the temperature of the heart." Corrie Ten Boom – Nazi Holocaust Survivor pic.twitter.com/bW52ygrvgH

Corrie ten Boom is credited with saving around 800 Jews during World War II through her work in the Dutch Resistance. Corrie and her family opened their home to refugees, hiding them behind a secret wall.

Corrie later worked to smuggle Jews to safety through underground networks. Unfortunately, Corrie and her family were caught, and she was arrested and sent to the Ravensbrück concentration camp. She was released in late December 1944, but discovered it was due to a clerical error — the other women in her camp were sent to the gas chambers a year later.

Fanny Blankers was a 30-year-old mother of two when she competed in the 1948 London Olympics. She became the most successful athlete at the event when she won FOUR gold medals for the 100m, 200m and 80m hurdles PLUS the 4 x 100m relay.

Fanny, nicknamed “the flying housewife”, didn’t leave her success at the Olympics. She went on to win five European titles, set/tied for 12 world records and won a whopping 58 Dutch championships. In 1999, she was awarded the title “athlete of the century” by the International Association of Athletics Federation — flying champion seems like a more accurate description!

A jump back in time takes us to Elisabeth Wandscherer, one of the 16 wives of the dictator Jan van Leiden. Van Leiden chose Elisabeth as one of his many spouses in the German city of Munster after he made polygamy compulsory — his convenient response to the fact that the number of women in the city outnumbered the number of men.

But Elisabeth wasn’t a quiet wife: when the city was under siege during the Muster Rebellion, food shortages caused starvation. Elisabeth openly criticised Van Leiden for living a life of luxury while his people starved. She returned the lavish gifts he had given her and requested to leave the city — but Van Leiden wasn’t a particularly reasonable man and had her publically beheaded instead.

7Mata Hari: a sex symbol who owned it

Born in Leeuwarden as Margaretha Zelle, Mata Hari is one of history’s best known Courtesans. The Dutch dancer who lived in Holland, Indonesia and France began her career after leaving her husband, Dutch Colonial Army Captain Rudolf MacLeod, due to his alcoholism and abusive nature.

Along with a track record of infidelity, she cut the ties of married life and took to the stage. She believed her “flawless body” was a gift from God, and that it was a crime not to flaunt it — so she did. You go, girl!

As a feminist ahead of her time, she pursued her dream unconventionally. But it was her travels between the UK, Germany, France and the Netherlands that drew the attention of the Germans. The Germans believed she was working as double agent for both Germany and France during World War I.

On February 13, 1917, Mata was arrested by the French on the grounds of being a secret agent. She was found guilty of espionage and executed by a firing squad on October 15, 1917.

6Sylvia Kristel: from a turbulent upbringing to silver screen star

Born in Utrecht, Sylvia won Miss TV Europe in 1973 at just 21. Her linguistic talents opened doors for her into the film industry. Best known for her roles in the five Emmanuelle films she was famed for bringing “softcore” pornography to mainstream cinema. Sylvia won critical acclaim for her title role.

However, Kristel had a turbulent upbringing. She was abandoned by her father, abused as child, and was addicted to drugs and alcohol. It was no surprise that after 49 years of smoking, lung cancer finally took her life, aged just 60.

Schaft carried out many brave acts of resistance but sadly did not survive the German occupation. She was arrested at a military checkpoint in Haarlem on 21 March, 1945 and was executed by Nazi officials on April 17, 1945. She was shot at close range by two German soldiers, however, their first attempt only wounded her. She is said to have told them “Ik schiet beter”, meaning “I shoot better” before receiving one last fatal shot.

Freddie was quite small and wore her hair in two braids which made her look innocent and enabled her to get away easily. Her method of attack was often a drive-by — Truus would cycle a bike whilst Freddie sat on the back and shot.

However, Freddie is most famed for her second assassination technique. She would meet soldiers and collaborators in the taverns and ask them if they would like to go “for a stroll.” Upon accepting the offer, the targets would be led to the woods and shot in a surprise attack.

Aletta was a Dutch suffrage activist born in Sappemeer. As the daughter of a doctor, she knew from an early age the future she wanted for herself. Aletta was taught many languages along with history and mathematics (all subjects saved for the boys).

Thanks to her father’s encouragement after being denied access to secondary education in 1867, she fought for her rights later qualifying against the odds to become an assistant chemist. Aletta obtained permission from the then First Minister of The Netherlands to attend a university where she became the first Dutch female to complete a degree in medicine and become a doctor.

In 1903, Aletta became the leader of the International Women Suffrage Alliance — truly championing women’s rights and helped lead women to obtain the right to vote in 1919.

Born in Indonesia, Corry then grew up in Leiden before becoming a lawyer in Amsterdam. It was a love for parity, social movements and justice that lead her into a life of public service and ultimately politics. Beginning her political career as a councillor she then obtained her seat after the war in the House of Representatives.

Corry is the one to thank for women having the right to work as it was her efforts that helped to abolish the law that insisted only married women had the right to work. Sadly Corry died before seeing this emancipation for women which allowed them to legally obtain gainful employment. Her work in seeking equality between husband and wife and men and women is still referenced today, she helped to squash sexist rules that prevented women from thriving.

We couldn’t possibly finish this post without a nod to arguably the most well known bad-ass woman of the Netherlands, Miss Anne Frank. World-renowned and a story everyone knows, Anne provided the only real insight we have into the worlds biggest mess.

Anne’s diary provided a window into the life of a family fearful for their lives and innocently caught up in Hitler’s Nazi Germany. A heartbreaking story that will forever bring her little piece of history to life. The story of Anne Frank humanised WWII in a way that nothing else could.

Who is your Dutch heroine and where do you seek inspiration from this International Women’s Day/Internationale Vrouwendag?

Editor’s Note: Sarah O’Leary and Samantha Dixon also contributed to this article. This article was originally published in March 2018, but was updated in March 2021 for your reading pleasure.
Feature Image: Composite/DutchReview 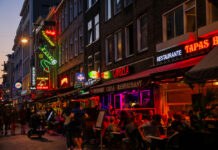 Simply not possible: Amsterdam will not ask everyone for corona pass, mayor confirms 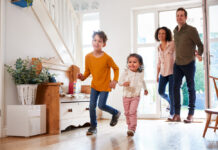 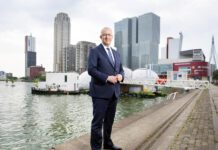