It’s quite easy to view the Dutch language as an ugly duckling. One that will, helaas, never become a beautiful swan.

But while choking on your G’s and forming sentences in an order seemingly devised by Yoda on a gap year are unavoidable realities, beyond that there are genuine glimpses of charisma. For example, the Dutch are very creative with their slang and the creation of new words.

Ton den Boon from taalbank.nl has been listing the influx of new words that have come directly from the coronavirus crisis, creating a coronawoordenboek of over seven hundred words. Luckily for us, a lot of them are also brilliant.

So here are 20 new words for you to digest, and try out on the native Dutchies in your life.

On socialising during corona

(de) a relationship where two or more people regularly borrelen on social media (e.g. Skype) because they cannot socialise in person.

(de) a need for physical touch, especially felt by those alone in self-isolation and quarantine (though “skin hunger” is unbelievably creepy).

(de) a birthday during the coronavirus crisis where a visit in person is not allowed so family and friends do a “drive-by” at the person’s house or job.

to have an aperitif with those you are in virtual contact with (i.e. via Skype).

(het) a meeting where its participants are on opposing sides of the window.

(de) a condition where a man has a low libido due to lockdown.

dating via an app where the explicit intention is to not come into physical contact with each other.

the use of Tinder during quarantine, when you are unable to meet in person. (Past tense: quarantinderde, gequarantinderd)

On Government matters during Corona

(de) a society in which the government does everything possible, including imposing coercive measures on individuals and organizations, to combat a corona epidemic.

(de) a transparent, small-scale economy that revolves around vital professions and (small) family businesses instead of complex companies and multinationals.

(de) the layman who writes critically on Twitter about the measures advised by real virologists and experts.

(de) the evasive ‘dance’ movement that people make when they pass each other in a public space during times when the anderhalvemeter rule applies.

(de) (let op: rude!) visitor to a supermarket or shop that does not adhere to the shopping protocol in times of corona. See also: coronalul

(de) someone who, out of sheer stupidity, breaks the rules designed to stop or slow the spread of corona.

(de) the sense of shame that someone gets when they do a relatively large amount of shopping in a crisis situation, due to the feeling that others suspect them to be a hoarder.

(het) the bulging tummy that results from lack of movement during corona quarantine.

(het) the messy haircut of someone who has not been able to go to the hairdresser for a while due to corona measures and has therefore attempted it all by themselves (or with the help of their partner, for example) with scissors, hair clippers and hair dye.

to make culinary use of the long-storage food items that you have already had in your house for a while (past tenses: onthamsterde, onthamsterd).

This list, of course, just scratches the surface, but it is easy to overlook just how much of a strong influence that world events have on languages and the words that we use. They will, most likely, disappear from our collective consciousness as fast as they have appeared, for without the context of coronavirus when else would they be used?

As for the Dutch language, it has been suggested that, as with German, the formation of new words is made easier through the use of compound words. More or less ninety percent of the terms found in the coronawoordenboek are the result of two words joined together.

However, the question is: is it really a corona-inspired Dutch phenomenon, or have you noticed a similar trend in other languages? Tell us your thoughts in the comments below!

Feature Image: Charlotte May/Pexels
Editor’s Note: This article was originally published in May 2020, but was fully updated in February 2021 for your reading pleasure. 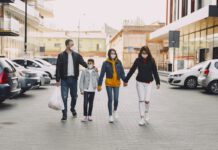 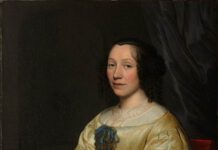