What is borrelen? Ultimately it’s the concept of work hard, play hard. This perfectly describes the work ethics of professionals in the Netherlands. There are hardly any public holidays during the year, the work week typically has 40 long hours and working overtime is more of a norm than the exception. Then there’s borrelen…

People are dedicated. They are working hard. But then finally Friday afternoon rolls around and everyone is starting to relax.

When is borrelen – and what is it?

It’s time for a well-deserved borrel with your colleagues. Time to let your hair down, open up that uppermost button of your shirt and socialise.

But how could you describe borrelen to a non-Dutchie? It’s more than an after-work-drink. It’s almost like a gathering of professionals collectively winding down after a long workweek with a drink.

This is what Wikipedia defines as borrelen:

Typically, you’ll order a biertje or a glass of wine and have some snacks (borrelhapjes) with it, like bitterballen – the famous deep-fried meatballs, kaasstengels – deep-fried cheese sticks, or borrelnootjes, which are, you guessed it, deep-fried nuts. I see a pattern here.

While some might be sceptic about the offer of mainly oily, fatty snacks to accompany their drink, I’ll say the Dutch are on to something here. It’s pretty smart. Before you start digging out your AH pre-washed and neatly cut baby carrots, let me say this: You want something substantial to snack on during a borrel. Sticks of raw veggies are simply not cutting it.

Be smart – enjoy some borrelhapjes

Lunch is already digested (well, almost anyway). Your stomach feels empty and those beers/wines go down way to easily. Before you know it, you’ll feel a little tipsy and if you’re not careful, you’re lying under the table before the clock hits 20:00.

Since borrelen doesn’t mean getting totally out of control wasted as you’re still in an office-type-setting, do what the Dutch are doing, and enjoy some deep-fried snacks while drinking and socialising and you’ll keep your alcohol level under control without a problem.

The end of the work week calls for a celebration

I had my fair share of borrels or vrijmibos (short for vrjidag middag borrel aka Friday afternoon drink) during my time working in various offices in Amsterdam. And I have to say that I don’t miss a lot of things from my time pre-freelancing but borrelen is definitely one of them.

Sharing a well-deserved drink or two (or three..) with your colleagues at the end of a long week is a highly enjoyable bonding experience and it gives you a clean cut between the end of work and the start of the weekend.

So, next time your Dutch colleague invites you to a borrel, you know exactly what he or she is talking about and you can enthusiastically answer: Gezellig! Let’s go!

Have experienced the art of borrelen? How did you find it? Let us know in the comments below! 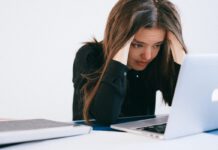 Lost your job in the Netherlands? What you need to know about Dutch employment law [2021] 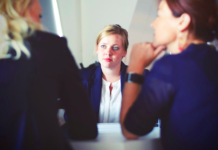