Travellers across the Netherlands have been complaining on social media about overcrowded trains and buses. Some have reported travellers sitting on each others’ laps, or even up to 100 people in a single carriage. Keeping the 1.5 meter distance is nearly impossible.

As the number of complaints continues to mount, the Dutch travellers’ association, Rover, is pressing for action to be taken by public transport companies.

“It has already been busier in the recent days with fewer trains running, but today the crowds are really noticeable,” a spokesperson told RTL Nieuws yesterday.

The problem has only increased in the past week, with snow forcing people out of cars and onto trains instead. The number of trains running has also been affected.

Rover is pushing public transport companies to take all the necessary steps to transport passengers safely. They are asking for longer trains and replacement buses to counter the overcrowding.

The public railway company, NS, states that all the trains that can be running are running, and that the longest possible trains are already being used. The company, however, is currently unable to use all the trains in their possession.

“There have been some train switch failures at the depots and not all maintenance companies are easily accessible because of the weather,” a spokesperson explained.

As a result, the NS has issued an urgent plea asking travellers to only use public transport when necessary.

The government has issued repeated requests for everyone to work from home where possible — but we’re not convinced that all those on board are essential workers?

Have you recently experienced this problem yourself? What are your thoughts? Let us know in the comments below! 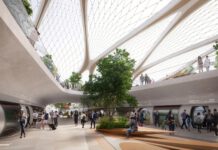 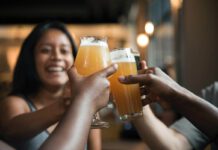