Life under lockdown: will we ever ‘go back to normal’?

I’ve always enjoyed the fleeting WhatsApp to and fro I have with my Dad. In the past, this was often a brief discussion about how best to thicken a stew on a Sunday evening.

Now, messages over the past weeks of lockdown living have all started with the same words. “It’s a good time to…” followed by, “start a plague diary,” “get into minimalism,” or “pick up a new hobby — windsurfing?” perfectly encapsulate the rising panic that so many of us are feeling as countries across the world shut their borders, offices, yoga studios, and sunny terraces.

I’m sure that most people have found themselves in the rigorous pursuit of normality: getting up early and putting on our shoes to encourage focus at our makeshift home desks, jogging out of the door as if it was something we’d been interested in beyond the past week, digging out the tools to get on with bits of shelving around the apartment.

But I have wondered whether this scramble for productivity could be setting us up for failure in the long term. At a time of such overwhelming change, the simple things can make a difference to our day to day, and set us in a more comfortable gear for the long, difficult journey ahead.

Were you beginning to think you’d had just about enough of advice articles? You’d be correct, but let me chime in before you draw the line. Making time for yourself to work through the anxiety and uncertainty that has a tendency to overwhelm at unexpected moments is key.

Surround yourself with family, friends, food (those three loving F’s) and don’t forget to get some fresh air every day. Don’t feel bad if you’d prefer not to pick up a new hobby, start a plague diary, or get into minimalism, but rather just get on with your day and sit on the sofa at the end of it like you usually do.

Feel free to try out exciting new recipes, but stick to your favourite carbonara with pride — now is not the time for culinary failures. Takeaways don’t only function as relief from cooking every evening but are also a great way to support local businesses and ensure that when we finally can go out for a meal we still have our favourite local to go to. (A sure Dutch favourite, Spaghetteria, have started up a delivery service on UberEats!)

For expats who are suddenly feeling not so close to home, video calling your loved ones is a great solution. Despite living in Amsterdam for three years, video calls rarely seemed to come together. Two wonderfully incoherent ‘house parties’ with long-distance friends in the past two weeks have left me wondering why it’s taken us so long.

Looking forward to everything ‘going back to normal’ is tempting, but perhaps shortsighted. Such dramatic global changes to social and economic life during peacetime is unprecedented in recent history. Things won’t go back to normal, and maybe they shouldn’t.

Terrifyingly, we are currently unable to accurately predict the effect of the pandemic on the global economy and social life. But what we do know is that such events will alter the way in which we engage with each other, learn, and connect.

Only 9% of Britons want life to return to "normal" after the #coronavirus outbreak is over, a survey suggests https://t.co/oAGCDlyJ2g

There are plenty of reasons to see this as an opportunity for inspiring positive change. While global connectedness creates a sense of common ground, it also highlights the difference. Many will be more concerned that food bank supplies are running low, or that they are being told to stay at home with an abuser.

Recognising the impact that the pandemic will have for people of all means’ lives and livelihoods is essential, and an important step when it comes to making political change that benefits all people in society. Amsterdam is certainly the place to start this process. Progress and progressiveness come from somewhere. For example, the city recognised as the cycling capital of the world today used the 1970s oil crisis as a catalyst for change, after the Dutch government urged its citizens to save energy, and the Cyclists’ Union gathered numbers and respect.

There will most certainly be a shift in the debate on climate change. Perhaps the rise in home working and the realisation that technology can be used successfully — and easily — to meet with others, will make us all stop and think before we jump in the car or hop on a plane. As the executive director of the International Energy Agency, Fatih Birol, remarks, this is a historic opportunity for governments to use the current situation to “step up their climate ambitions and launch sustainable stimulus packages focused on clean energy technologies.”

In case you missed it, we recently launched the Amsterdam City Doughnut – a holistic tool for reimagining and remaking the future of the places we live. In this time of crisis, we hope it provides inspiration everywhere. https://t.co/MbMSC0wtye

Indeed, a post-Covid-19 world is already being imagined by the municipality of Amsterdam, who recently became the first city in the world to formally embrace the ‘doughnut’ economic model, which is just as tasty as it sounds. Its central premise is that the goal of economic activity should be about meeting the core needs of all in society, but within the means of the planet. Such initiatives suggest that — aside from taking renewed pleasure in hugging our friends, sipping on a rosé on the local bar’s terrace, and ordering deliciously overpriced cappuccinos — ‘going back to normal’ would be unsustainable.

The shock of recognising the fragility of our society — especially unsettling for many of us in the West who are used to steady supply and demand — is something that we can, and must, learn from. Because ultimately, something that humans can do well if they try, is adjust.

What kind of new normal are you preparing for in a post-coronavirus world? Tell us your thoughts in the comments below! 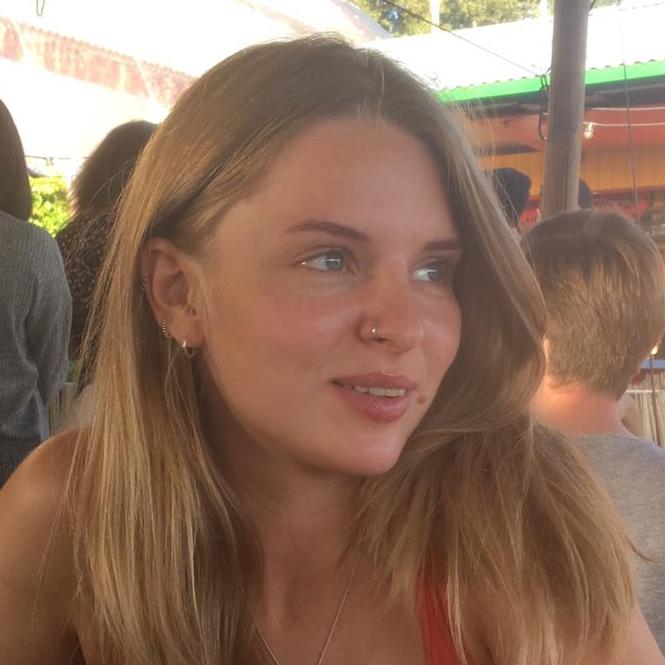 Anna Holbrook
Anna is an escapee of Brexit Britain living in Amsterdam! Aside from monthly shipments of Yorkshire tea and marmite, she is now a devoted convert to the Dutch way of life. Anna is as an avid writer, traveller and guitar player with an ever-growing record collection.