Sad story and online commotion: Child calls another child ‘Zwarte Piet’ because of his skin colour 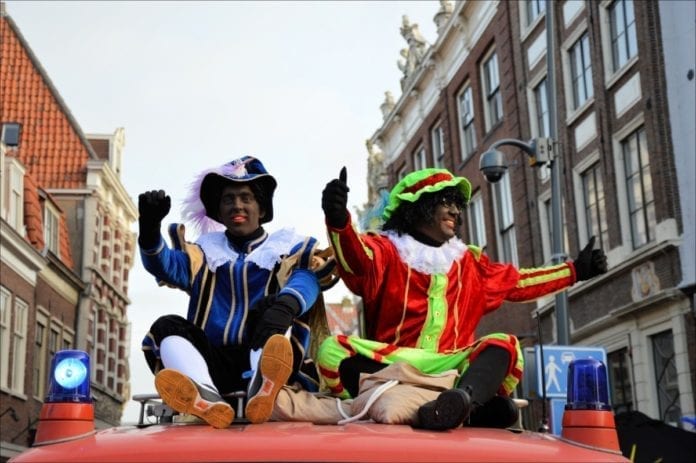 The Zwarte Piet debate isn’t over yet, in fact it’s being discussed more than ever, considering the fact that Sinterklaas is only this week.

In a FB post which is causing all kinds of discussion today, it’s raising more questions about the impact on the black community because of the ‘Zwarte Piet’ character. A mum posted a video of her child innocently playing outside, when another child is shouting ‘Zwarte Piet’ at him. The title of the video as seen below is “Evelien Eva is feeling sad.”
In the description of the video she writes:

Today I walked through the streets with my 2-year-old son, when a child started calling to him. “Hey, black Pete!” Hey! Little black Pete! “Come with your gingerbread candy!” This lasted for a few minutes, and I finally decided to record it.

Maybe you think this is innocent, it breaks my heart. My child is not a caricature. He is not a clown. He is not a bogey man. He is not a servant. He is not black like soot. He is an ordinary boy with dark curls and a smile that makes your heart melt.

Although many adults argue that “black Pete” is really very different from someone of non-white origin, the parables with certain ethnicities have not escaped the kids. And it shows.

Now Elijah is still too young, but will I have to explain to him in a few years why others compare him to black Pete?

Please people, for children it makes no difference whether their Pete is black, red or blue… Black face painting or an Afro wig is really not necessary to make a child happy or to turn a party into an actual party. Rainbow or soot Piet, whatever, let the Black Pete disappear and make this party fun for ALL kids!!

To some people, it is racist

The difficulty with this whole debate is people say it doesn’t offend them, but what about the people it does offend? Some actual Dutch citizens (it’s not always internationals) don’t like it and if it really is as simple as spreading actual soot on the face, then why can’t that be changed if that’s really the case?

In this instance it’s really sad that a child so young is being shouted out down the street like that. If it is affecting people – which it is. If it is offending people – which it is. Then a serious (as if enough don’t happen already) debate needs to be had on it. Culture is culture, but if it is upsetting your citizens, then please listen to them.

What do you think about the whole debate out there in the Netherlands? Let us know in the comments.

Previous articleBiking in Amsterdam: Your cycling commute could power people’s homes in the future
Next articleDutchReview’s Holiday Gift Guide: The People’s Poncho for the Dutch rainy winter