Should Children be Banned from the Red Light District? 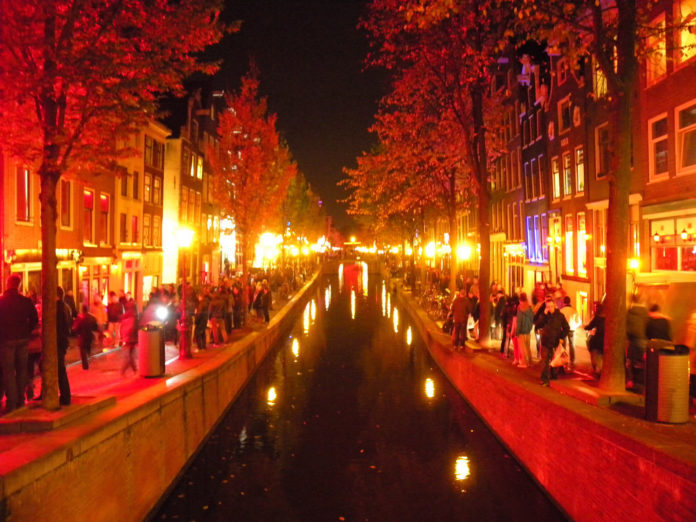 The ombudsman for the municipality of Amsterdam, Arre Zuurmond made his stance on the Red Light District clear. After living for four months in the steamy, up-tempo district he saw that residential complaints were justified but too often went unheard.

A key takeaway from Zuurmond’s findings was that the Red Light District does not set a minimum age requirement for visitors to the region notoriously associated with sex work. The Ombudsman also proposed limiting the number of cheap flights via the shareholding in Schiphol. A ban on new food and drink vendors was also proposed to disperse visitors elsewhere.

Zuurmond writes, “Some sex workers experience nuisance from groups of tourists who take photos and films, misbehave, hang around the windows, but do not pay any money”. He foresees the center decaying into a kind of lawless ‘urban jungle’ at sundown in which “survival of the fittest applies and in which the government is intolerably absent”. In his report, Mr. Zuurmond recommends possible solutions to, for example, combat crowds, nuisance, pollution, and crime.

Alternatives To The Red Light District

There was a discussion on whether dispersing prostitution licenses would improve law and order in the Red Light District. Alexander Hammelburg (D66) claimed “There they can work in anonymity, free from tourists who constantly take pictures. De Wallen is simply no longer the ideal place”, following this SP council member Nicole Temmink asked, “Is this why you want to attract people to your city?”.

Council member Dennis Boutkan thinks the plans of his coalition partners are ‘not crazy’, but he wants to continue buying out the ‘red-windows’ that the city council has designated in 2015. Mayor Halsema aims to enact a new prostitution policy in early 2019.

The Red Light District in Numbers

In Amsterdam, there are 17 sex clubs with a license and 13 escort companies.
In December 2018, the RLD reported 39 cases of human trafficking. Police received five declarations that same month. De Wallen is the largest prostitution neighborhood with 345 of the 385 windows in the center and 40 in the South.

In my opinion, children can get healthier sex education at home or in school. There’s no way of knowing for sure what impression a visit to the Red Light District would have on the young mind.

What are your thoughts on the proposed age limit in the Red Light District?

For it? Against it? Leave your response in the comments!

Previous articleThe weather in the Netherlands: What’s it really like?
Next articleChecking in at Rotterdam’s colorful new hotspot: By Ami: Urban Bistro!