Funeral insurance in the Netherlands: Why you should have an ‘uitvaartverzekering’

Living in the NetherlandsFinancialHealth
May 17, 2018 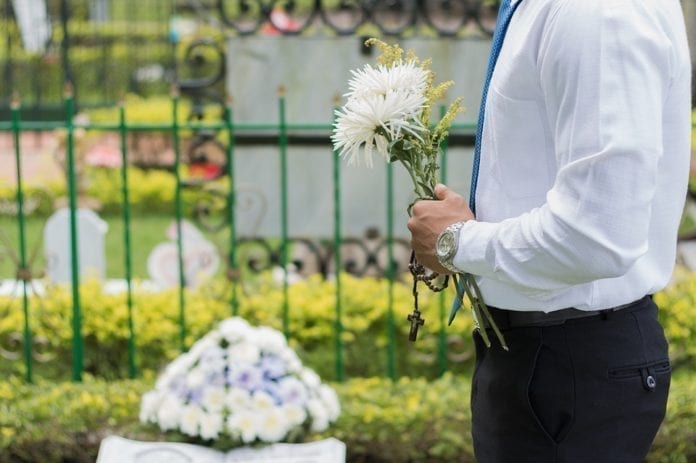 Funeral insurance in the Netherlands: Why think about funerals?

Funeral insurance in the Netherlands… really DutchReview? Don’t run away just yet, this could help you or your family!

Ah…funerals, not something you’d ever want to bring up at a family party or gathering. Not something you’d think was appropriate to talk about with people on an average day. You’d probably be met with: ‘stop being so morbid!’ or ‘don’t jinx it!’ The thing is, talking about funerals is important and should be normalized. Nobody wants the stress of death, along with a mountain of debt and an awful funeral (the person may come back to haunt you for that one). So let us give you the low down of why you should be thinking about your funeral today and what could be out there to help you sort out your Dutch funeral insurance.

How much does a funeral in the Netherlands cost anyway?

Funerals aren’t something to take lightly, and certainly aren’t something can you can chuck a few hundreds euros at. Some people don’t realise, but funerals cost thousands – in fact, they’re dead expensive. On average, it costs almost €8.000 for a funeral, however the cost (depending on what you want), could be much higher.

The importance of having insurance aka an uitvaartverzekering in the Netherlands

We are going to be quite blasé, but as stated earlier, it’s expensive to die. Death is inevitable, therefore it’s something that everyone should be proactive in organising. When you do pass away, not only is this upsetting for your family, but they’d have to pull together thousands of euros (which they may not have), in order to give you the funeral you deserve. So, how can this be made easier for you all?

Well funeral insurance is the way to go (just like all of the many insurances that the Dutch love to equip themselves with). When that day comes, the insurance will pay out for the funeral. Taking the burden off your family. You also save money by doing it this way, opposed to saving up and sticking it in an account for a rainy day. The best part is that you only need to pay a small amount per month, so you would hardly notice the difference to your finances. Also, it’s cheaper per month when you start with the ‘uitvaartverzekering’ when you’re younger (for obvious reasons).

Do expats need funeral insurance? You do if you want your body repatriated to your home country…

For an expat, this may not have been something that crosses your mind. However, being an expat, this means that it’s even more important to be sorting out a funeral insurance. Why, you ask? Well, chances are if something was to happen, then you would probably want your body to be taken back to your country. Depending on how far away this is (and even if it’s close it isn’t cheap), it’s either expensive or very expensive. Shipping the body back would cost more than just the average Dutch funeral total cost (and then this cost, plus the actual funeral, is huge). This highlights the importance of having funeral insurance in the Netherlands, even if you’re an expat. And don’t panic, there’s an insurance tailored for that, they’re called a ‘kapitaalverzekering’.

But I don’t know how anything about funerals…

Well as long as you know to insure yourself and understand these few important points, then you don’t have have to worry!

SO, did you know?

Did you know this though?

More beautiful Dutch discoveries. “Uitvaart” = funeral. From the verb “varen” = to sail. So, sail away; a departure. I love how your words are made, The Netherlands ❤#dutch #translation #language

So, how do I get Dutch funeral insurance?

On this site it provides you with how much you are covered for, the type of insurance, when/if you will stop paying, whether your child is covered and customer ratings. Then you can compare them all quickly and easily.

Okay, so have you clicked the link to the comparison site for Dutch funeral insurances? Then I’ll talk you through what types of insurance there is (so you don’t get confused and pick the wrong thing).

There are different insurance packages, depending on what fits your needs best:

So as you can see, there is a lot to think about. But hopefully us at DutchReview, and have got you well on your way to organizing your Dutch funeral insurance (as morbid as that may sound).

Have you sorted your funeral insurance out? How important is it to you? Let us know in the comments, don’t be shy!

We’ve worked together with uitvaartverzekering.nl on this article about funeral insurance in the Netherlands, they’re the experts after all!

Ah, the Netherlands. A land of paracetamol-prescribing physicians who baulk at the mere notion of giving you antibiotics for, well, anything....

No dates? It’s not you, it’s your typos, says new Dutch research

Better get proofreading, because a Tilburg University study showed that typos and grammatical inaccuracies can make you less attractive. 🤯 In a study that examined...

The night train from Amsterdam to Zurich is back

All aboard: starting on December 12, a night train from Amsterdam to Zurich will be ready to take on sleepy passengers. 🚄🙌 For five years,...

Were you hoping to find a three-night Airbnb stay for your upcoming trip to Amsterdam? Well, we hate to be the bearer of bad...
Current Month