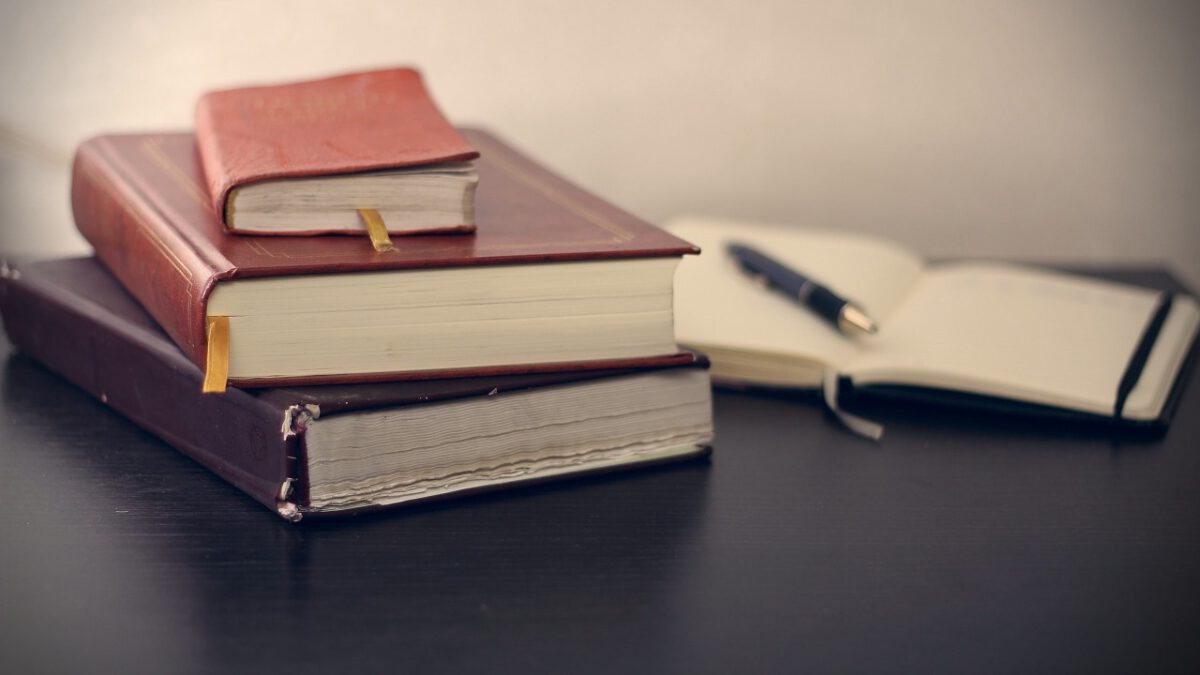 Home Expat Learn Dutch The best tips to learn Dutch: my experience of grasping the language
Facebook
Twitter
WhatsApp
Linkedin
ReddIt
In need of some good tips to learn Dutch? Does Dutch seem like a nightmare of a language to you? Then our tips on how to learn Dutch fast and easy might just be what you need!
Even if some people argue that you can live in The Netherlands and never learn Dutch, which is technically true, many still believe that if you are going to live anywhere learning the local culture and making an effort to reach the locals in their own language goes a long way. Otherwise, at some point, you will have to learn Dutch and maybe even pass the NT2 (Nederlands als tweede taal) exam.

Here’s a list of resources that helped me pass the NT2-II, and some that didn’t so much (so you can avoid wasting your valuable time and money). Perhaps it can be useful for someone out there. How to learn Dutch the best way, in my experience:

My first formal contact with the Dutch language (other than the loose words that my then boyfriend and his family taught me was “De Delftse methode“. This is a class that was developed and takes place at TU Delft (though it is taught in other centers) of which we had only heard amazing stories.

People raved about it, about how great it was, about how people went from not saying a word to being able to maintain full conversations after the intensive three-month course.

So I took it. And it was a waste of money, and not just a small amount. The method is based on the premise that small children learn a language by listening and then repeating what they hear, like parrots. So that’s what you will have to do. You get a book with CDs, a list of words and written conversations, one per chapter. You listen to these conversations and your task is to memorize them (word by word), understand the meaning of these words, and write them down, literally.

This is not a bad exercise per se, if it was not all there was. The method omits to take into account that children, after the parrot phase are sent to school to learn things such as grammar, syntax, spelling… I have to say that personal experience with the Delftse Methode is going to highly depend on the professor you get. I know some professors (the one who developed the method) are very good and take their time to actually explain things.

But most of them just focus on making the students repeat the texts like psittacidaes (which isn’t my cup of tea) and they do not explain basic things like, say, the conjugation of the verb “to be”,  the use of auxiliary verbs, or the basic structure of the sentence.

Sure, at the back of the book, Het Groene boek (Nederlands voor buitenlanders) you’ll find a section on grammar but this is never covered or explained in the classes. Dutch grammar is not so straightforward to just be able to understand it by reading some random conversations.

My recommendation with this method, as a first approach only, is to get the book, listen to the CDs and study it by yourself. But by no means pay the money for a course that won’t give you any added value or teach you anything else than what is already in the book. The silver lining is that I made some good friends in that class, and I liked going to campus every day for 3 months.

Invest in some good dictionaries. If you can afford it, don’t even bother with a pocket or medium size dictionary and splurge on the biggest, thickest dictionary you can get (the Van Dale’s are the best). You will keep on using them.

As an extra I got the “Van Dale groot 4 talig beeld woord & boek“, it’s basically a pictionary. It is full of drawings of things and its named in 4 languages (English, French, German and Dutch).

Also, get yourself a book of conjugations. It is very handy to have a little book where all verbs in all tenses are easy-to-find and it helps you understand how the rules and exceptions of conjugations work. I got the “201 Dutch verbs fully conjugated” by Henry Stern and I was very happy when I found such a book.

#2 Tip to learn Dutch fast and right: go to classes

Yes, go to classes. To good ones. I took several courses: an intermediate, advanced and NT2-II preparation class. Your mileage may vary, you may need more or fewer classes depending on your style of learning. There are many schools and many methods, find something that suits you and follow through, as I believe Dutch is not a language that you can just self-learn (unless maybe your native language is German or Nordic one). 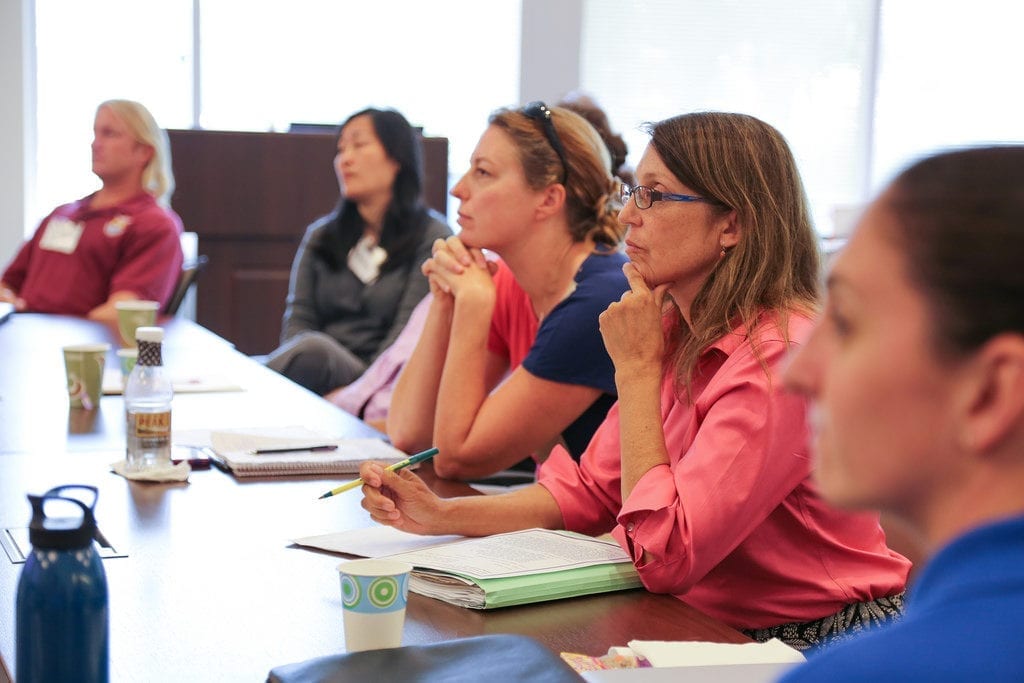 Get immersed in the culture. Watch TV. Listen to the radio. Visit museums and art galleries. Even seemingly “silly” stuff can help. I got a good deal for a 4-month subscription to Grazia magazine and I read all of it. If celebrity gossip and fashion aren’t your thing just choose something that appeals to you (interior decoration, games, computers, cooking).

I also found the videos from schooltv.nl very helpful. Sure, they are meant for kids from grades 1-8, but they are simple, easily understandable, cover a wide range of subjects that you can choose from and the ones for the junior-high school kids are very interesting and often take 15 minutes, which is a good length. Not too long, not too short.

I also loved learning some songs from the Dutch children’s singing competition: “kinderen voor kinderen” (‘…op een onbewoond eiland lekker leven is de leus’). Libraries also regularly organize readings for children, if you can attend those, it could help as well. And some of the biggest ones have special dedicated areas for learning Dutch and also promote “tandems”, that is, setting you up with a buddy to practice your conversation skills.

Another fun exercise is listening to Dutch music, try to write down the lyrics. And, again, the newspaper De Volkskrant has a dossier- series called “Der Nederlanden”, that talks about all kinds of subjects around “Dutch-ness”, from the use of the bike, to the food they like or historical figures, games and traditions.

Finally, two books that I found helpful were Klare taal, uitgebreide basisgrammatica voor de NT2 (Jenny van der Toorn-Schutte), which starts at a very basic level and is full of exercises and clear explanations and Help! 3 Zal ik u even helpen (which we used in the preparatory class for the NT2-II).

The intertaal grammar summary (which looks like a simple plastic folder) was extremely useful, concise and helpful. (The name of this booklet is “Grammaticawijzer”, it is produced by Intertaal and it is available in many different languages.) The particularities of the Dutch language: grammar

At first Dutch sounds very different and the order of the sentences is confusing (many times you will only find the verb at the end of the sentence, and inversion of the subject is common). But slowly you will see that it is in ways similar to English, French, even Spanish (some words are the same) and of course to German and Nordic languages (but that was not helpful in my case because I have no basic knowledge in any of those).

You will often get frustrated because at the beginning the learning process is fast, and then you seem to reach a point where you are stuck. Where you are not learning anymore, where you seem to be making no progress. I think this is where you absorb and really learn. Because after that, I promise you, if you keep your efforts, there’ll be a click, and suddenly you will find it easier to start talking, you will notice you understand people around you, you will lose the fear.

I am not saying I am fluent here, I still have a lot to learn. I want to be able to write, manipulate and twist language to make pretty sentences like I am able to do in my native tongue. Currently, I am not there yet, far from it. But from here it is a matter of keeping at it, of reading books, making the effort to speak Dutch everywhere you go. Do you have any other tips for learning a new, different and seemingly incomprehensible language?

Marktplaats is a great place to find second-hand books (or anything else for that matter). We got my Spaans-Nederlands, Nederlands-Spaans big dictionaries above for 40 EUR (instead of 90 EUR) and they are brand new.

What are the levels of Dutch?

Now don’t get confused with all the levels: you have A1 A2, B1, B2, C1, C2 which follow a classification called “Common European Framework of Reference for languages” , simply speaking A means basic knowledge, B means Independent user and C means Proficiency.
Meanwhile, the NT2 exams have two levels: NT2-I which is equal to B1 (enough for simpler jobs, up to MBO level 3 or 4) and NT2-II, equal to B2, technically what you would need for pursuing higher education (WO) and work situations of that level.

Learn Dutch: A free and easy way to learn

If you have never come across Learn Dutch before, then you need to search for it right now. Sure learning another language isn’t cheap and I won’t be surprised if a lot of people stopped their courses at one point or another due to the fees.

Well, thankfully, there are other ways to learn Dutch and they can be completely free. Bart de Pau has created free video lessons on a site called Learn Dutch, where you can learn and practice your Dutch skills for free (you can find him on YouTube too). Bart de Pau actually has one of the highest rated courses out there and his videos are renowned for being both funny and informative.

Once you’ve exhausted his great videos, you have the option of paying for his online courses (which are much cheaper than the average) or attend his summer and/or winter school, so you don’t have to just stick to the free videos. If you subscribe you can even have a free lesson sent to your email every week. It’s definitely a great way to get your Dutch up-to-scratch.

Do you have any tips on how to learn Dutch? Let us know in the comments! 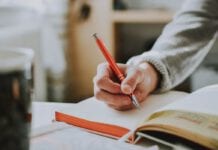