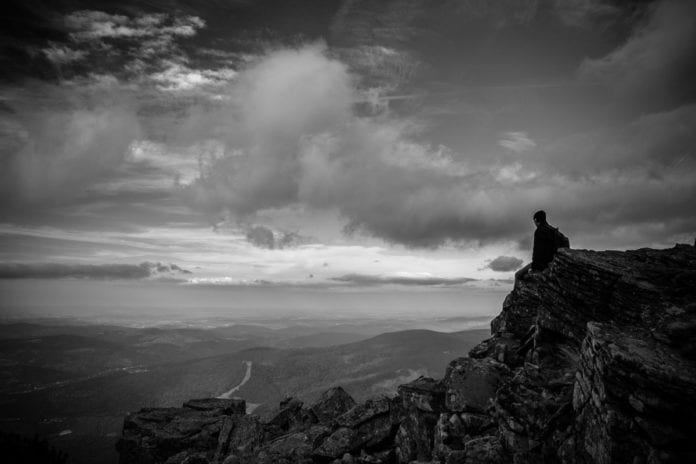 Euthanasia in the Netherlands: what’s the deal with assisted suicide and what else you need to know…

The Netherlands legalized euthanasia for people with “unbearable suffering” in 2002, narrowly the first country to do so. Belgium was second, in the same year. At that time, the majority coalition in The Netherlands included the Labour Party (PvdA), Democrats 66 (D66), and the still-leading People’s Party for Freedom and Democracy (VVD) — a political cocktail with just enough liberalism to pass a euthanasia law.

A recent medical journal publication describes the 15-year Dutch experience, showing that physician-assisted death occurred in 4.5% of all deaths in which an end-of-life decision preceded death. Dutch neighbors, Belgium, Germany, Switzerland, and Luxembourg also have laws legalizing some form of euthanasia as well, although they might not call it that in their laws. In the United States, each state can make their own laws on the issue, but only 15 actually have, and of those, only 6 states and Washington D.C. legalize assisted death.

One of the most confusing parts of understanding euthanasia is that it’s often referred to synonymously with other terms with varying degrees of political and moral negativity; for example, euthanasia might also be commonly called assisted death, assisted suicide, death with dignity, or even mercy killing. But these are not actually all the same, and many countries avoid using the term euthanasia, and they definitely avoid mercy killing for obvious reasons, because of persistent negative associations, or simply because it really is just too broad a term.

In an effort to provide some clarity on the definitions as a bit of background, I’ve tried to simplify the definitions in the flowchart below (with all due respect and apologies to ethicists and others who may disagree, and to everyone else who might have to zoom in to see the small print).

The issue of euthanasia has many sides.

Euthanasia is, as always, fraught with arguments that are shaped by the personal belief sets of individuals and the social (or religious or political) groups to which they belong. And, as expected when it comes to issues of life and death, the spectrum is wide and almost all grey.

Life is the highest priority and must be protected, no matter what.

The most conservative beliefs maintain that taking a life in any way, including your own, is sacrilegious and entirely unacceptable, whether this is founded on religious, spiritual or, more simply, personal beliefs. Adding a healthcare professional to that decision-making in this view likely worsens the morality of the deed — someone professionally trained and socially entrusted to heal our most vulnerable populations must absolutely not violate that social contract by facilitating the death of a human being.

Countries that lean towards this frame of thinking explicitly have laws that make euthanasia illegal, and political parties in this school of thought are the primary drivers for such laws. Consider, for example, the Dutch Reformed Political Party (SGP) position, one of the oldest political parties and with a conservative ideology, including opposition to women’s rights to vote, gay marriage, and, naturally, euthanasia. The SGP leader recently emboldened their conservative stance against euthanasia by publishing a plea in The Wall Street Journal for international support of the party’s position.

Individual choice and relief of suffering are the highest priorities.

More liberal beliefs support individual choice about death, especially when the choice involves a patient with a terminal or imminently life-ending illness to choose to control the manner and timing of his/her death. This forms, in part, a basis for more euthanasia-supportive laws. In a classic scenario, the reasoning is that a patient with an end-stage metastatic cancer or any other terminal illness that is causing incurable physical suffering, despite the best efforts of healthcare professionals and perhaps even alternative medical specialists in managing them, should be able to choose the nature and time of their own death.

Exchanging a few terms above can significantly widen the scope: What about any incurable illness, not just the terminal ones that would lead directly to imminent death? What about any kind of suffering, like emotional or other personal suffering, and not just physical suffering like pain? These questions make the cancer case seem far more straightforward, as the foreignness of cancer, an unwelcome invader of one’s body, and its consequences can understandably strip an individual of control over self and symptoms.

The final step in the classic case is to consider “death with dignity” as a means to return that control (and dignity) to the patient to have a choice to ease their suffering in the final phases of life before death. The New York Times published an extended and poignant piece describing The Death and Life of John Shields from Canada, where euthanasia is legal. Then, of course, the responding Letters to the Editor demonstrated the large grey spectrum of beliefs on the issue.

“In The Netherlands, the Doctor Will Kill You Now”

Lest you think that the countries who have legalized assisted death have closed the doors on the issue, this is far from true. Before the 2002 Dutch legislation, in 1996, the Royal Dutch Medical Association (KNMG) sought to understand Dutch physicians’ views on euthanasia and physician-assisted death, and concluded that it was “an exceptional but accepted part of medical practice.” Then, just this week, the KNMG announced one aim of an existing commission on euthanasia, intended to focus on even more ethically murky cases, such as assisted death in the setting of advanced dementia with or without a prior written directive. Adding another dimension to the issue, until I started writing this piece, I also had no idea that The Netherlands also has something called the Groningen Protocol, a directive (not a law) that provides specific criteria for healthcare professionals to follow in potential cases of euthanasia for infants.

Further, since October 2016, there were further steps to push forward a more controversial, and some might say also a more liberal stance, to the dismay of some. The liberal D66 party is proposing to allow older people to seek assistance to die if they deem their lives to be ‘full’ in the almost benign-sounding Completed Life Bill. Actually, this movement was the motivator for the SGP party leader to publish in The Wall Street Journal this summer. But, the SGP won’t be a part of the majority coalition in The Netherlands. A likely majority coalition in the Dutch parliament could be made up of the VVD, D66, plus Christian Democrats (CDA) and Christian Union (CU). But on the issue of euthanasia, the D66 and the Christian Union explicitly expressed starkly different stances this topic, as well as others, to the extent that the D66 had initially declined to form a coalition with the CU.

So what will happen if the coalition government does end up including this group of very diverse political stances on euthanasia? The D66 wants to expand current law, the CU opposes current law and of course also its liberalization, the CDA wants to limit current law also, and the leading party, the VVD, seems to support current law without any statement of support or opposition of expansion or limitation of it in the future. If nothing else, this coalition makeup will spark further public moral and political discussions about euthanasia, even if the reality might end up being maintenance of the status quo. Or, will euthanasia law become a political bargaining chip for one of the constituent parties, leading to a shift in its legality in The Netherlands?

Previous articleFree houseparty in the bicycle tunnel of the Rijksmuseum!
Next articleMeat Lobby makes Vegetarian Butcher change the names of products