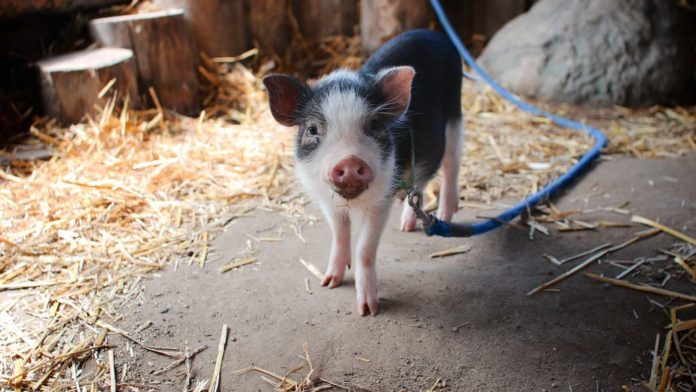 In a long line of screw-ups, the NVWA has just issued that the Vegetarian Butcher needs to change the names of their vegetarian products, according to a Volkskrant report on Tuesday. The NVWA (Netherlands Food and Consumer Product Safety Authority) stated that some names would be misleading and confusing. According to the NVWA, labels such as fishfree tuna, chicken pieces, and smoked speckjes are confusing and misleading, which goes against the law.

Why the NVWA is wrong

A NVWA spokesperson stated that the action is a “purely administrative treatment” but co-founder of the Vegetarian Butcher, Niko Koffeman, speaks of a “politically-motivated” action driven by the meat lobby.

I hear you thinking: Big deal, DutchReview, nobody is right or wrong in this matter probably…

Well don’t know who is right, but the NVWA is wrong – dead wrong (or just corrupt). See, this action against ‘misleading’ labels came after the complaints of one customer, only one! And then there is the argument that it’s unfair that only the Vegatarian Butcher has to change their product names because there are hundreds of misleading food labels out there.

It dates back to complaints of a Christian Democrat in 2012, in what is now known as ‘Schnitzelgate’. Jaco Geurts of the CDA complained that meat substitutes must have meaty names – so the Vegetarian Butcher changed their ‘Gehakt’ to ‘Gehackt’ and, you know, their packaging said VEGETARIAN.

So what’s really going on here? Well, despite the idea you might get from lovely promo movies, we the Dutch are a dirty, meat-industry country. Frequently farms (or more like meat factories) burn down with 10.000’s farm animals burnt to death every time. And the last screw-up by the NVWA was just this summer, when they completely messed up the whole Fibronil-egg situation. This situation was the by-product of this whole bio-industry, where farmers have to cut corners everywhere to meet those low-low prices for food in our supermarkets.

And guess what? Instead of trying to regulate a market that is sickly out of control, the VVD and CDA are always helping out the mighty meat lobby, which even earned Sybrand Buma the nickname ‘Stalbrand Buma’ (‘Stablefire Buma’) in the process. Here’s a clip from Arjen Lubach on the matter (brilliant, but Dutch):

There’s much more to be said about this whole situation, but I do hope that I explained a little bit now why the Dutch authority for food issues is cracking down on the Vegetarian Butcher instead of our giant animal industry.

Previous articleEuthanasia in the Netherlands: Who gets to choose to die (and when) in The Netherlands?
Next articleDutch Defense minister Hennis resigns: army in a shamble state