Going to a Gym in Amsterdam: Get ripped without getting ripped off 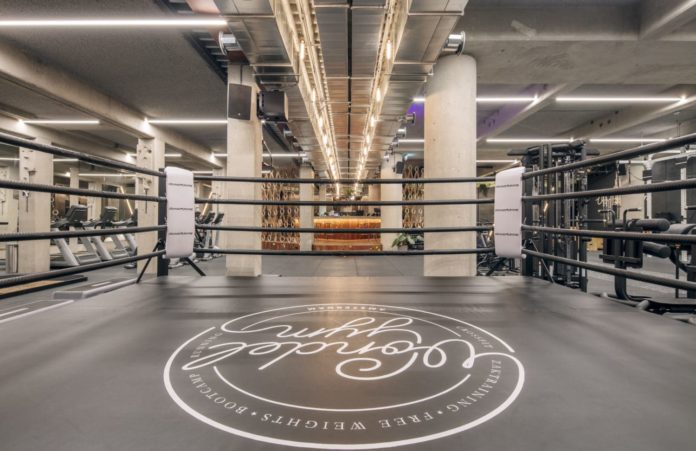 Going to a gym in Amsterdam when traveling through can be costly, instead of gaining a six-pack you’ll be more likely selling your kidney to afford the incidental fees to get some fitness in Amsterdam going. Two young internationals in the Netherlands who didn’t want to sell their organs to work out set-up Gym Nomad, helping you getting ripped without getting ripped off

Working out in a Gym while traveling

When we’re talking about traveling we don’t mean that boozy weekend in Amsterdam. We mean those engineers/baristas/daydreamers staying in town for a couple of months. Not only do you need a work-out because of health reasons (we’re not going to bother you with that), but also because there’s a fat chance you have been stuffing yourself with cheese, stroopwafels and bitterballen since you got here.

Not to mention that gyms in Amsterdam or other Dutch cities might be the perfect places to meet new people, especially worth your while when you’re a lonely traveler.

Sadly because of our rainy as **** climate working out or going to a yoga session in Amsterdam quickly requires going to a gym in Amsterdam. And that my friend, can cost you dearly.

Going to a gym a few times or just for a short subscription is just as affordable as having oysters and truffles for dinner every night (don’t try this at home btw). Two guys who were almost ready to sell their kidneys for a gym-subscription might just have solved this problem for you.

Both these guys from Sweden and Australia met in South Korea and both had the issue of finding a gym when they were there for a short time, or as Everett tells it:

“Struggling especially there and having to negotiate gym access by passing a phone back and forth with google translate. Goran traveled the world as a developer and digital nomad, I took a two-year hiatus and traveled to around 40-50 countries. Finding a gym was always a nightmare and even more was trying to negotiate a membership which they didn’t cater for.”

Just like for many of you they also weren’t particularly fond of paying up 20 euro’s for working out incidentally. Many international students and expats also have the same issue. Gyms in the Netherlands are also sticking to those hefty incidental fees as an incentive to make Dutchies get a long time subscription – so they are missing out on the international folk that wants to take a kickboxing-class. 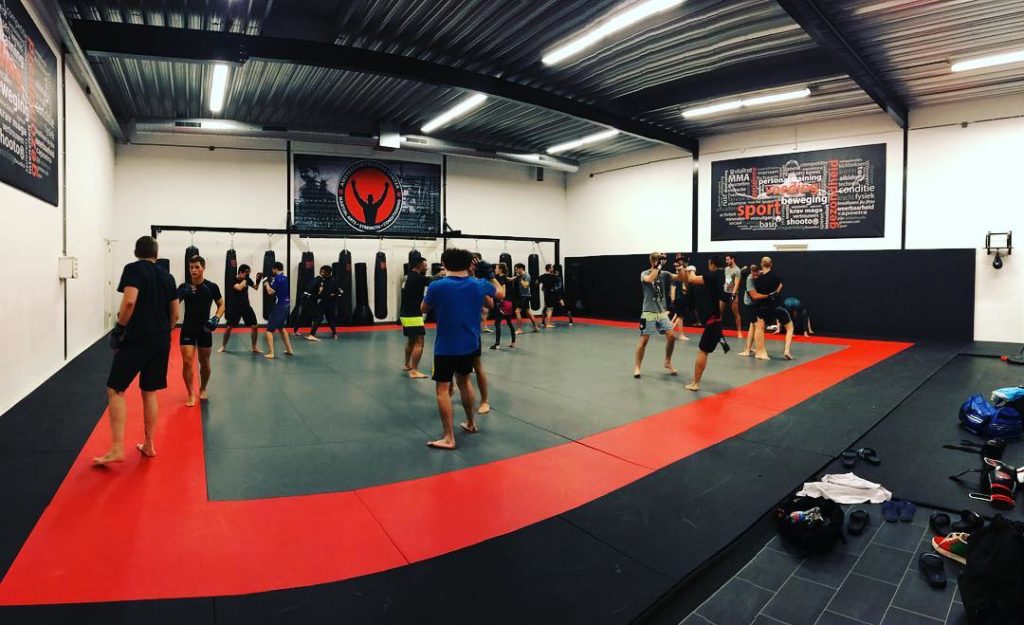 Right in between these gyms and traveling folks that wanted to work out these two guys saw the sweet spot and went for it, and so Gym Nomad was born.

How does Gym Nomad work

So how does Gym Nomad work? You can go to their website and fill in the preferred date of your short-term subscription (anything up to 8 weeks) and your location. Some internet magic later and all gyms, pilates-studios and running crews turn up with a fixed price for your selected period. Check it out, prices are way lower than expected and the nicely described in English what’s happening there and when. So no surprises such as when you’re preparing for a yoga class but it’s kick-box-time already.

The added bonus of Gym Nomad is that they also give you a nice listing of free work-out venues in parks and such. Because just doing your work-out-routine at home can also be a trouble for some.

Wait why are gyms in on this? Because if anything gyms in Amsterdam aren’t about selling themselves cheap right?

Gym Nomad is challenging the traditional pricing structure gyms have which push users into 12-month memberships. This doesn’t make sense to the visitor and expat because you can’t sign up for a year. So why be inflexible to the expat? The new pricing model gets a fair price for the user and the gym.

How can they make sure you’re not some Dutchie trying to get in the cheapskate way (you do that Dutchies, we all know) – well you have to bring some kind of ID with you to prove that you’re not a local. A foreign drivers license or passport will get that job done.

Once you’ve shown your ID and told them you’re a Gym Nomad (you’ll get a little code from them) you can just work out or join in with that pilates class – no hassling with registration and paying and all that.

Hit that gym in Amsterdam! What are you waiting for?

So what’s your excuse now not to hit the gym in Amsterdam? It can’t be that there aren’t enough available places to go. Look at all the gyms in Amsterdam that are on board! And they’re adding more all the time so you can find your kind of fitness. 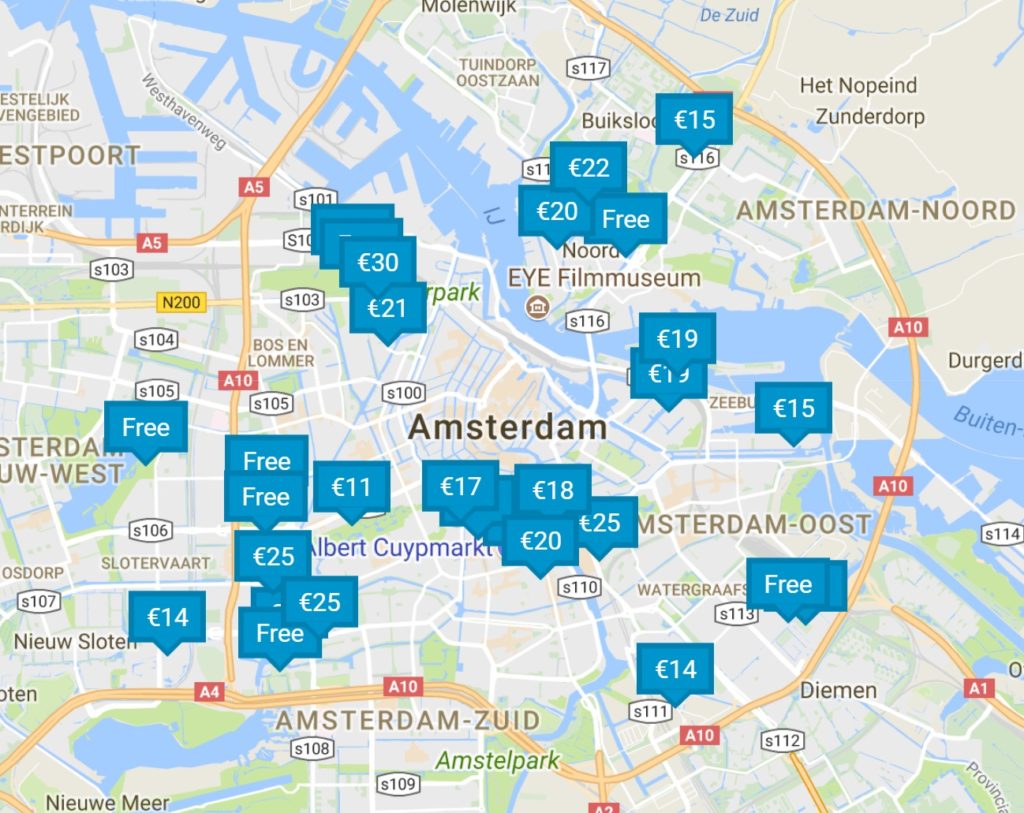 Gym Nomad is also going to offer other gyms in the Netherlands in different cities in the upcoming months, we’ll be sure to mention it when that’s happening and you can visit a decent fitness center in Rotterdam or Utrecht.

Have you tried their services or got another workout tip? Feel free to share in the comments!

** Also can you believe Dutchies do even more indoor cycling after all those outdoor kilometers? 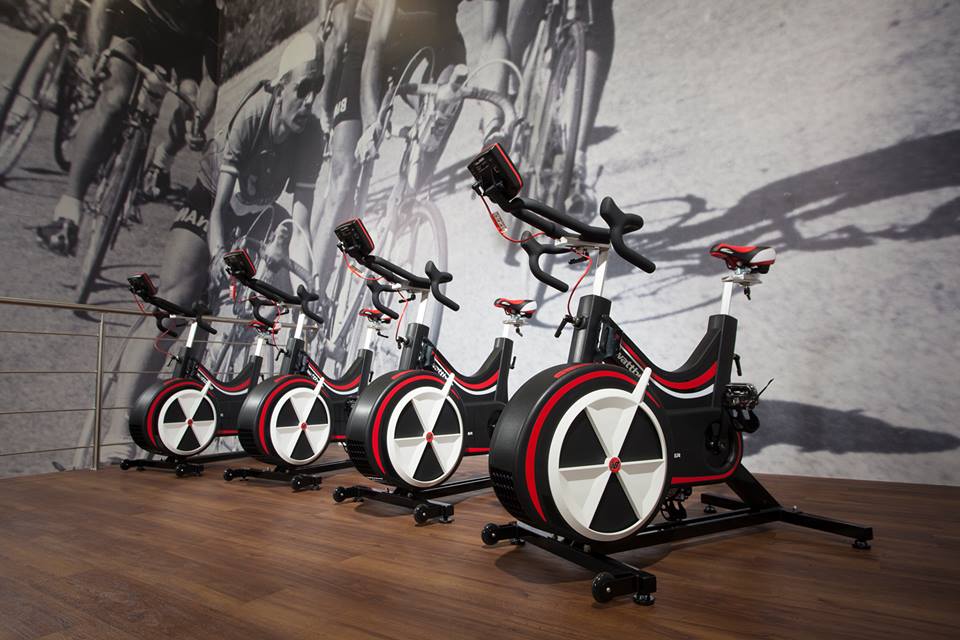