After battling the notorious Amsterdam rental market for months and despairingly feeling like we were never going to find anywhere to live, my boyfriend and I were eventually put in touch with a landlord whose tenant had just moved out. Having been so desperate, we would have willingly settled for a gazebo in the Vondelpark, so we couldn’t believe our luck when he showed us around his houseboat. Naturally, we snapped it up and moved in as soon as possible.

Now, envisage the next few months of idyllic canal life… A boat passes you by, filled with jovial Amsterdammers eating olives on cocktail sticks and sipping prosecco. The native city wildlife surrounds you and, like a fairy tale, a band of squirrels sweep the deck, while a heron obligingly does the washing up. An expedition of stoned tourists on pedalos crash apologetically into your boat, a look of regret painted on each of their faces for ever having left the comfort of the Bulldog.

Whilst these are all notable and welcome features, what I love most about living on a houseboat, are the things people ask you about it. Thus, I have examined my list of FAQs and compiled the gems to which I will provide an answer, so that you too can acquire the answers to some of life’s big questions. Here we go… 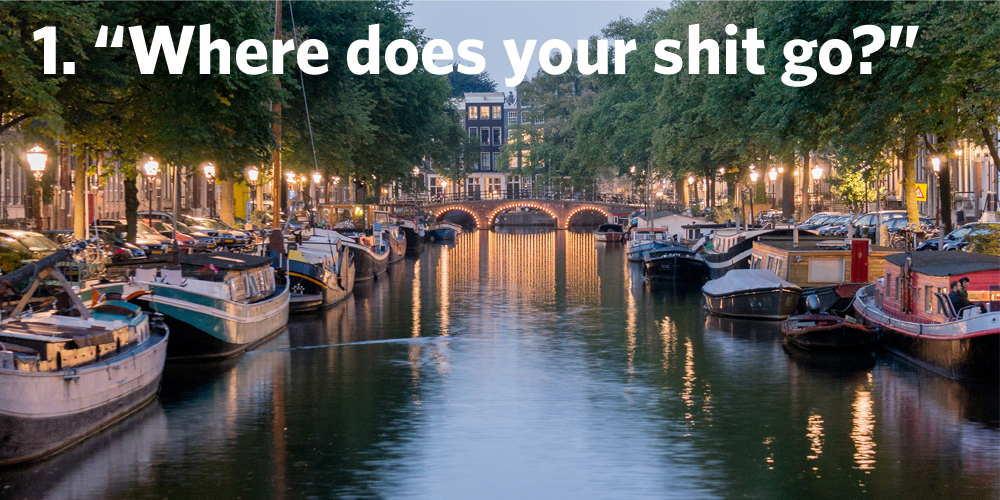 Ah yes, the burning question on everyone’s lips. Do you have to pump out your own poo? Or does a man come and do it for you? Does it just go straight in the canal? Or does it get stored inside the boat?

No no, my dear friends, this isn’t Kevin Costner’s ‘Waterworld’ and we are, in fact, connected to mainland Europe via a thing called a ‘sewage pipe’. Cool, right? Although, I much prefer to let people envisage me heaving a putrid bucket of faeces through the boat, over the drawbridge and tipping it into the street like a medieval chambermaid. 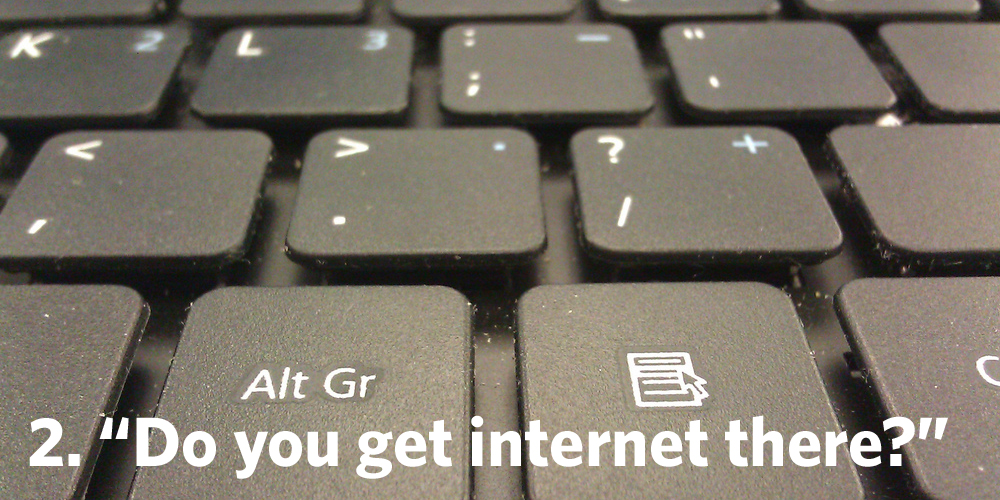 Yes, but it’s dial-up. I’m joking, of course, this isn’t 2002. The gap between the boat and the land is about a metre – if the conceptual being that is ‘the internet’ can cross the Atlantic, you would have thought it could just about reach us on our canal boat. 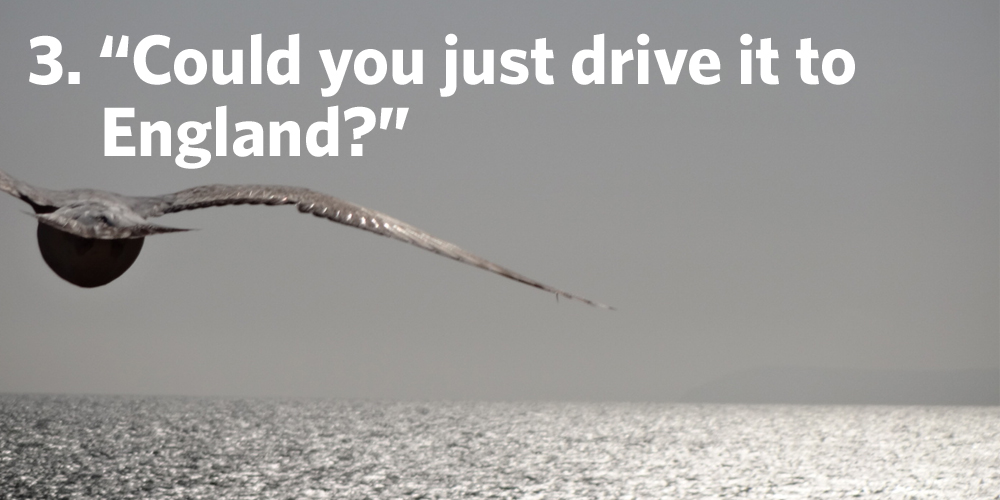 One of my favourites, and surprisingly it has been done before! Pensioners Terry and Monica Darlington and their dog, Jim, successfully crossed the channel in their canal boat (named ‘Phyllis May’) in 2004. You can read about their epic adventure here. This quote from Terry summarises the mild peril they experienced on the voyage: “The dog [Jim], who was on tranquillisers, howled like a drunk.” Ah, the perfect getaway. 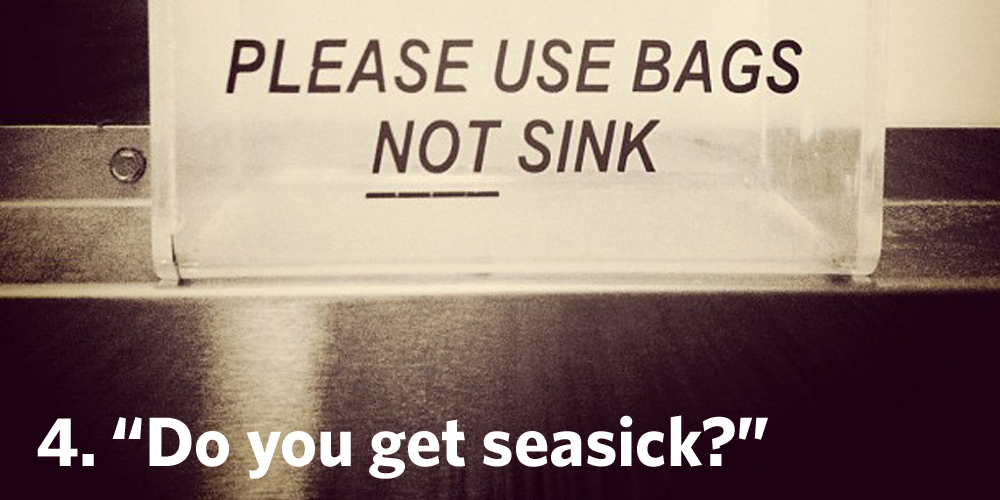 The majority of the time, movement-wise, I forget entirely that I am on a boat. However, occasionally some reckless hooligan comes hurtling down the canal, breaking the whopping 7km speed limit, and sending all the houseboats into frenzy. I once awoke with an aggressive start, and thought my world was crumbling down, as I rocked about like a baby in a 30 ft cradle, possessions falling to the ground all around me. 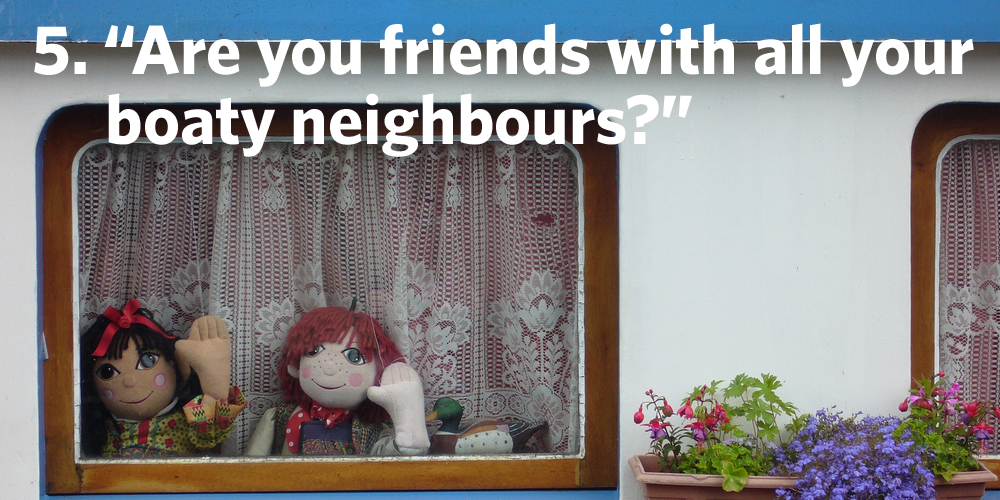 Why is it whenever you do anything remotely novel or quaint, people immediately assume you are part of some charming little club? Having said that, though, I would love to make friends with my boat neighbours and be able to hop over the stern to borrow a cup of sugar, but unfortunately, houseboats are, by nature, quite long. Their front door is 100m away – I have more chance of bumping into my land-dwelling neighbours, but I need to check first with my adorable houseboat club whether or not we water-dwellers are allowed to mingle with them.

If this didn’t straighten your quizzical brow and you have any further complex questions regarding houseboat life, you are more than welcome to pose them in the comments!