Taking an Insta worthy pic of the Dutch scenery wasn’t the only thing people got up to this weekend.

The wintery weather of the Netherlands this weekend has managed to lift people’s spirits. Many ventured out to enjoy the snow, but, naturally, some people got a bit carried away. Here are three bizarre things that happened thanks to the chilly weather.

Dangerous driving in the snow

Despite a code red warning urging cars to stay off the road, a man in Alphen aan den Rijn decided he could handle the icy driving conditions. The problem? Scraping off his entire windscreen proved to be too large a task.

He was picked up by Dutch police because, you know, you need to be able to see the road. The driver’s day didn’t get much better when the police issued him with a €259 fine. 😬

Police have a snowball fight

What’s better than police maintaining the peace in society? When they join in a snowball fight instead! Amsterdam police swapped their weapons for snow in Dam Square.

The battle commenced in the early hours of Sunday morning, just as curfew ended at 5AM. A group of early risers enticed the local police into joining their snowball fight — and let’s be fair: the police are only human, how can they resist? Check out the video below.

Pets give their owners sleigh rides

Were we in the Netherlands — or the North Pole? With driving and biking virtually impossible, some Dutchies turned to more traditional forms of transport, and enlisted their pets to help them out.

Images and videos of dogs enjoying the snow just as much as their owners have emerged, like this husky being used to pull children on a sled!

Have you found any novel ways of enjoying the snow so far? Let us know in the comments below! 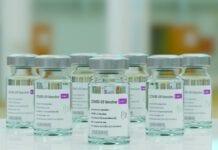 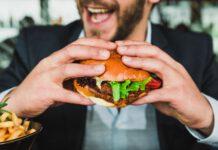 Dutchies ditch the meat: Netherlands eats the most meat replacements in Europe 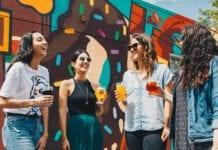