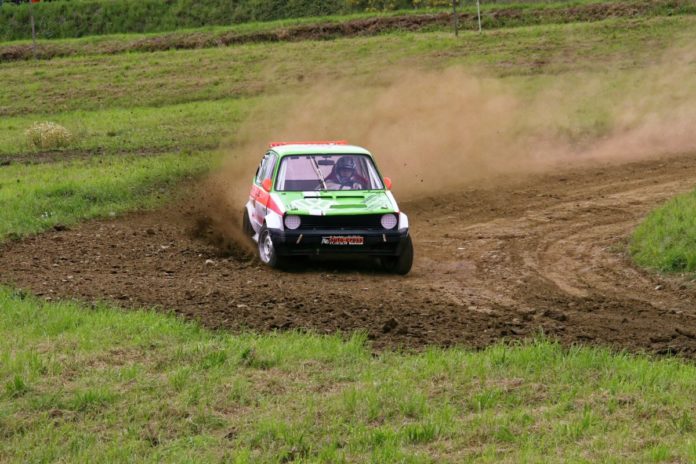 Everyone loves a good bargain – there’s a certain joy you get for haggling for that discount. Sometimes it’s significant, and other times it’s just a few bucks shaved off. But when you don’t get what is owed to you, it is normal for anyone to lose it. But you would probably not drive a racing car into a crowd and injure four people, or at least I would hope not.

That is exactly what happened at an autocross at Leende in Brabant on Sunday. An argument arose between the organizers of the event and a participant when they cut short the event from three heats to two heats. The man in question, a 21-year-old man, demanded that he get what he paid for. When that was not possible as it was cut short for safety reasons, he drove the car into the crowd.

How much was he haggling for? A few tens of euros! The entry fee is 20 euros for members and 35 euros for everyone else. He tried to make a speedy getaway after driving into the crowd at the award ceremony, but the crowd did not let this happen. RTL News reports that the officers had to step in from the crowd taking matters into their own hands.

The suspect has been arrested, along with his co-driver, a 17-year-old girl. There is still no word on how severe the injuries of the victims are. Due to this incident, the organisation may have to rethink how it will run this event again in the future.

Calling it a massive overreaction would not be enough. What do you make of this? Let us know in the comments below!

A group of young men were having terrace drinks at Prik, a central Amsterdam gay pub, when a car stopped...