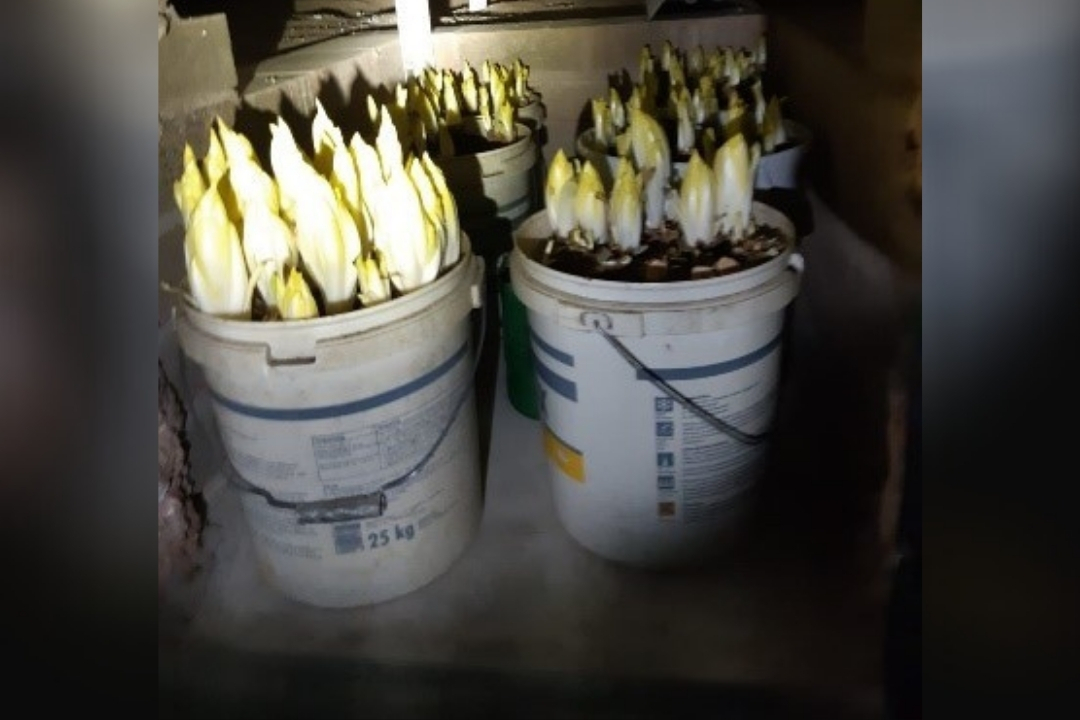 When police followed a lead to a supposed cannabis farm in Geleen (Limburg), they were quite flummoxed by what they discovered. No evidence of marijuana was found on the scene, but instead, buckets of chicory, reports 1Limburg.

Police received an anonymous tip on Monday about the possibility of cannabis cultivation. It was thought to be linked to stolen electricity, as measurements in the area indicated that the house in question may have tapped in illegally.

When officers arrived on the scene, they noticed a PVC pipe coming from the basement, giving them further cause for interest. When they approached the surprised resident, they were invited into the house without issue and allowed to poke around.

A classic case of chicory trickery

Upon entry into the basement, one officer caught sight of a wooden structure near a crawl space. He removed it, expecting to find the hiding place of the cannabis plants. But rather, he discovered a number of buckets of chicory.

It was “a special sensation for the police,” the police wrote on Facebook. As it turns out, the homeowner was a big fan of chicory, and grew is as a hobby — a detail he didn’t think to mention sooner.

Nothing else of suspicion was found in the house, including any suspicious activity regarding stolen electricity.

What do you make of this unexpected find? Have you ever heard of growing chicory this way? Let us know in the comments.