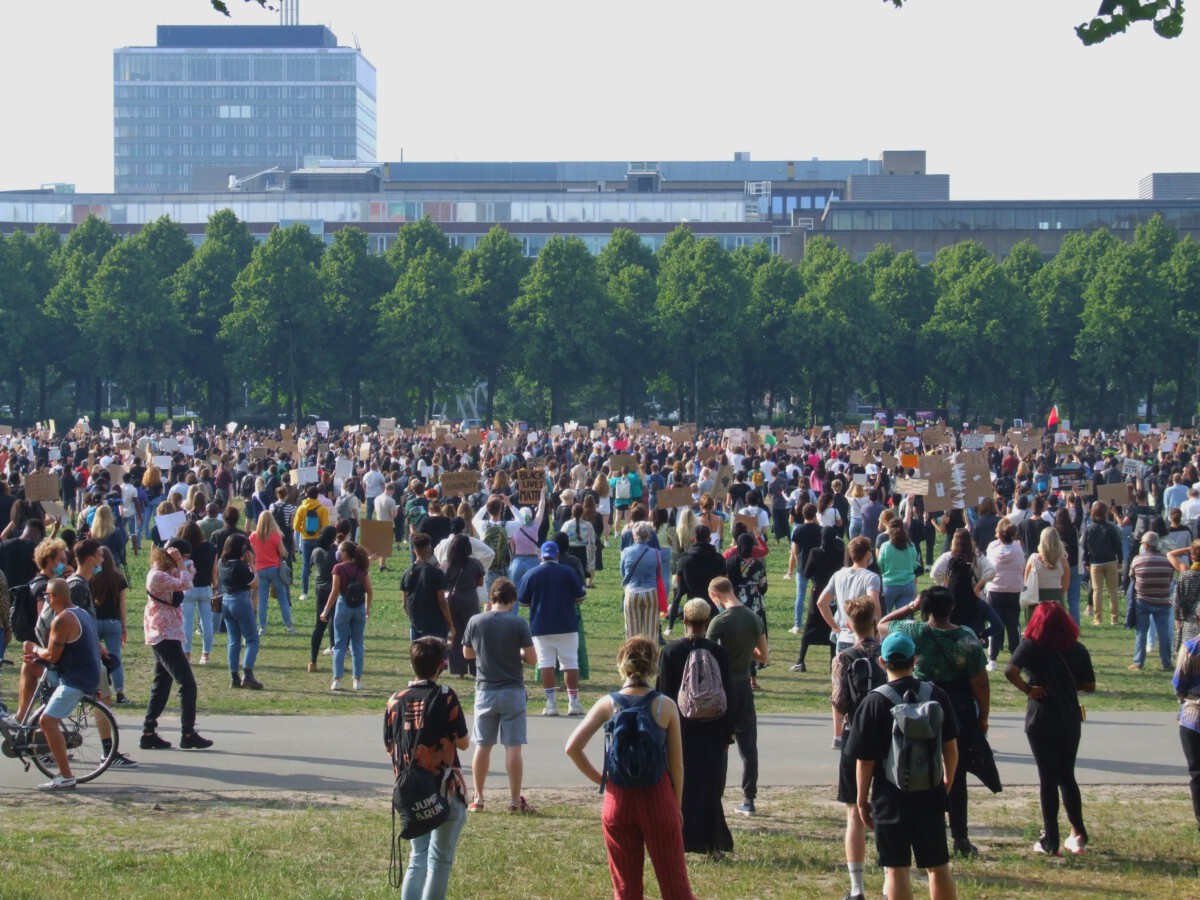 Anti-racism protests took place over the past days in The Hague, Breda and Groningen, where protestors were able to keep 1.5m distance from each other.

On Monday, thousands of people attended an anti-racism protest in Amsterdam. It aimed to draw attention to police brutality and institutional racism in the US and EU. However, because of the unexpected level of support for the protest, protestors were unable to keep 1.5m distance from each other at the centre of the gathering. The vast majority did wear face masks, but nonetheless there was considerable public concern about the protest’s potential to cause an increase in coronavirus infections.

Luckily, the protests in The Hague and Groningen yesterday managed to keep to the 1.5m rule. In The Hague, protestors gathered on the Malieveld, with plenty of space to keep a distance from each other. In Groningen, 800 protestors gathered on the Grote Markt. Crosses on the ground marked where they could sit, and again, the 1.5m distance was kept to. Further protests are expected throughout the week, with Rotterdam holding one this evening and Utrecht one on Friday. The protest in Breda took place on Monday, but photos were only shared by the organisers yesterday. There too the 1.5m rule was observed.

These protests in the Netherlands are accompanied by many more across the world, after a video of a police officer kneeling on the neck of George Floyd in Minneapolis circulated on social media.

Have you attended one of these protests? What was your experience? Let us know in the comments below.