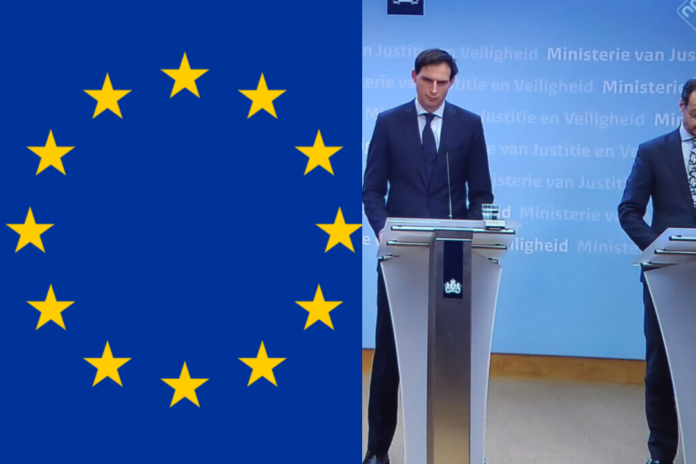 The results of the meeting of the European finance ministers are out: and depending on your current level of positivity, everyone is either a winner or a loser. According to Minister Hoekstra, of course, the Netherlands has come out a winner, NOS reports.

Over the past weeks, the Netherlands and Italy have been sparring over several items on the agenda, but most pressingly over whether loans from the ESM (European Stabilisation Mechanism) should bring with them conditions for the reform of the receiving country’s economy. It was Minister Hoekstra’s position that these funds should only be made available to a country if they agreed to cut their budgets after the crisis ends and make changes to their economy.

As it turns out, Hoekstra partly got his way: if countries loan money from the ESM for non-medical purposes, there will indeed be conditions attached. However, if the money loaned is used for medical purposes, then it will be condition-free. Because politics is social media on steroids, both Italy and the Netherlands are claiming that they’ve come out of these negotiations the victors.

1/6 After long and intense conversations the last couple of days, the #Eurogroup came to a good conclusion today. We made sensible agreements together for Europe and the NL to face the #coronacrisis. pic.twitter.com/2u33trWJgp

Over €500 billion to be made available

The other results of the negotiations are as follows: there will be €240 billion added to the ESM, so that the funds will be ready for countries to borrow, for either medical or non-medical purposes. €200 billion will be made available to the European Investment Bank: this is destined for small and medium sized businesses. Finally, €100 billion euros will be made available to support those who are temporarily unemployed as a result of the crisis.

The “eurobonds” or “coronabonds” (a system of shared European debt) that the Netherlands was so opposed to, and which Italy  wanted so badly, were not agreed to at this meeting, which the Netherlands is taking as another win.

There is a cap on how much countries can loan

There is still plenty left to be agreed, including the crucial question of how much each country is obligated to give to the ESM, and what conditions would be associated with that. But some things were agreed, including the fact that there is a cap on how much a country can loan from the ESM- for example, for Italy, that is €38 billion. Furthermore, Minister Hoekstra emphasised that the €100 billion for unemployment relief is absolutely not the beginning of a Europe-wide social security system. Those will still be a national matter only.