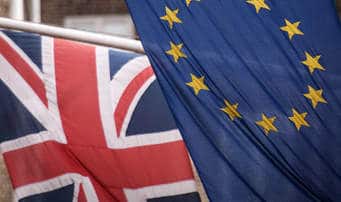 The Dutch government said on Wednesday that over 250 companies are thinking about making a move to the Netherlands after Brexit. This is just one of the things that we spoke about when saying whether the Netherlands will benefit from Brexit.

So who are these firms?

According to AFP news, one of these is Sony, who said that they would move their headquarters to the Netherlands. Another is Panasonic. Thankfully, overall this would not affect the British side too much (they have confirmed that operations will remain the same). According to the Dutch government, more and more are rolling in as time goes on, with the list growing as the uncertainty grows bigger. In February we will know for sure how many businesses are planning on taking the move and who they are.

The Dutch are loving it: *two hundred and fifty* firms are in contact with the government about a post Brexit move, investment agency tells @AFP’s @cvanouwerkerk, after Sony says its shifting to Netherlands from UK https://t.co/AQmIBcmIa3

The UK is set to leave the EU on 29th March and so far a deal has not been agreed with the EU. A deal was put on the table by Prime Minister Theresa May, however, the British government voted it down, so it’s back to the drawing board. The longer it goes on, the longer there is a no-deal, so businesses are understandably freaking out and deciding to move sooner rather than later.

Previous article
Brrrrr, it’s going to be -14 Degrees Celsius over the next couple of nights!
Next article
Filing your Tax Return in the Netherlands in 2019: it’s time!