There was a little bit of upheaval this weekend when a letter was received in over 20K Dutch households. In short, the letter was printed on ‘Rijksoverheid’ stationery and had all that official un-understandable language we know from our government. 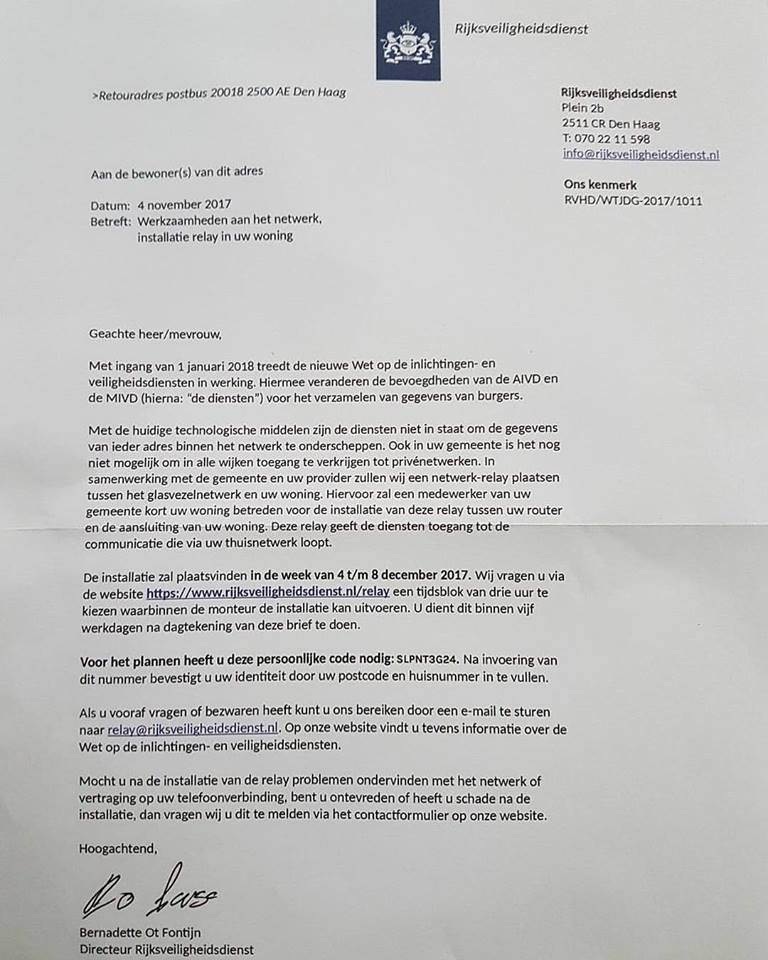 The message? Men will be coming to your house in order to make sure the MIVD (Military Intelligence Service) can tap your stuff in accordance with the new and upcoming law. They even ask nicely for your selection of a 3-hour time slot in which they can do their Stasi-work. Obviously, after 3 tweets or something, this was debunked by many Dutchies – the thing that gave it away was that the letter contained a personal code but was also generally delivered to all kinds of households (‘aan de bewoners van dit adres’).

As it turns out it was an awareness campaign by Bits of Freedom – to make you aware of the new legislation that would make it legal for the government to (digital) wiretap anyone and everyone without any warrant or heads-up. The legislation is already called the ‘sleepwet’ (tuglaw?) and there is a referendum coming on it in March 2018, simultaneously with the municipal elections. However, it’s only an advisory referendum and politicians like Buma of the CDA have already stated they will ignore the outcome.

So no worries and sleep tight, the government won’t come to your house to make sure they can listen in, that all nonsense. They can already do that for a long time and will continue to do so in the future.