Trump, Wilders and Baudet – Geert Wilders isn’t doing so well anymore and this is why

Trump and Wilders seemed like the winning team, but things have changed and although Trump is doing bad – Wilders is doing nothing. What happened to Holland’s favorite boogeyman Geert Wilders?

He used to be the alpha dog of Dutch right-wing politics, Geert Wilders and his PVV, but in recent months he appears to be tiring out – what’s up, Geert?

Only last March did Wilders pull quite a move by becoming the second party in the national elections – rising another spot from third in 2012. However, Wilder’s PVV party wasn’t quite a winner by a margin, with 20 seats they were only one seat ahead of current cabinet parties christian CDA and liberal D66 and fall as much as 13 seats short of winner liberal-right VVD.

Wilders fought hard these elections to gain every vote, and ultimately he was successful, growing the party once again. But what changed for the PVV? Bluntly – nothing. The party has no place in cabinet, dooming them once again to the opposition and it seems that the party’s plan is the same as always.

Most parties change their tune after elections, either becoming more diplomatic, in search of support or dig into their trenches to fight the established cabinet as hardened opposition. It seems as if the PVV is tired – the tune is the same year around and other parties and figures are now well aware and more successful at fighting it. Just yesterday, November 2nd, during the first debates between cabinet and opposition it became painfully clear.
More than ever was Wilders interrupted and shot down – his speech of “A formerly perfect Holland” was ridiculed and Wilders, unlike his usual self, stood there taking punches and trying to explain himself. And if there’s one thing we’ve learned from the Rise of Trump – never explain yourself.

What gained Trump popularity was his aggressive stance, one he shared with Wilders, but the former has kept it up after elections. Meanwhile it seems the PVV has no particular plan at this time. Instead it reminisces about undefined better times, to be floored soon after. Wilders is known for his hard, but often humorous, attacks on others in the Second Chamber – but it was quiet, too quiet yesterday.

Competitors have arrived – Baudet and the Forum for Democracy

Once you’re a big fish, you will find there’s a lot more sharks in the pond. And the PVV has been a big fish for years. After ruling Dutch (far) right politics for a long time, Wilders is finding others on his track that are trying to nibble away from his catch. One of the newcomers is FvD, Forum for Democracy, with its charismatic foreman Thierry Baudet.

The FvD too is staunchly right, but is clearly trying to distinguish itself from the PVV. For one the PVV has always catered towards lower-middle to lower-education and income voters, proudly announcing itself to be the party for “Henk and Ingrid” – the two being the Dutch variants of John & Jane Doe.
But FvD however is trying to pull in a more intellectual, upper-middle to high-education and income voter base. With a slightly less hostile approach to ‘foreign people’, much less angry words and intellectual debate it is almost a ‘chique PVV’, one you can vote for without shame or being stuck with the ‘xenophobe plebs’ that don’t live or understand the buzzing city-life. 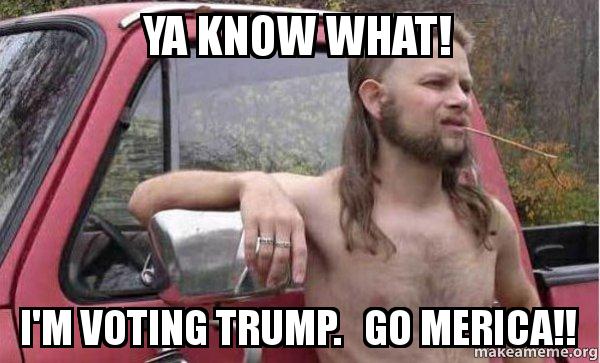 The FvD, currently only occupying two seats, however could form a threat for the PVV in the long run. As the PVV’s tune is ever the same, the FvD is offering something new. With its less-controversial approach it is bringing a faux-legitimacy that the PVV does not have.
And then there’s Thierry Baudet himself, the founder and foreman, who is young, strikingly handsome, humorous, exceedingly well-educated and sensible. Which is not to say that Wilders has none of these qualities – but he’s not using them the way Baudet does.
Baudet is a charmer, Wilders a rebel – they are opposing factions with a common enemy: The (left-wing) establishment who, at least to their views, have damaged so much. Yet they are anything but a united front. They tolerate each other at best.

The Soft Approach – Would You Like a PVV Light With That Burger?

Wilders suggest crashing and burning the EU, to close borders and rid the nation of Islam once and for all. It’s a tough message to swallow if you’re familiar with the average Muslim, who are quite likely to be one of your kindest neighbors or the butcher at your go-to shop who always lets you go first. It’s a tough message for many of us who are in “pan-European” relationships, dating someone from elsewhere in Europe – what happens if the borders close and the EU ceases to exist?
Wilders caters to an exclusive crowd who have nothing to do with any of such things – usually those outside the heavily urbanized western part of the country.

Baudet and his following are softer – they don’t seek to attack and kill off the EU but want it to return to its original form, an Economic European Cooperation – but still working together, thinking together. According to Baudet, if you take people’s cultural/national identity away by “Pan-Europeanism” you will instead strengthen it, springing up “the dangerous kind” nationalist sentiments instead.

And is Baudet wrong about that? No, he isn’t – and that is the problem with FvD. They’re not ‘completely’ wrong on anything, but they are going as close to the edge of the cliff as they can – making them much harder to oppose and corner than the PVV. But they aren’t necessarily different creatures, they both seek to establish an intensely strong right-wing establishment, one that drifts away from inclusion to either Baudet’s ‘neutral at best’ to downright exclusion in case of Wilders. They just hunt a slightly different prey with a different tactic – but they will bite.

It is now up to Wilders to make a move, the FvD is ready to challenge his hegemony once it starts growing, what is his plan? Make friends? Attack?
Trump changed the country from “The United States of Barack Obama” to “Trumpmerica” – but even though Wilders grew his party once again, it doesn’t like the Netherlands will be “the Wilderlands” any time soon, certainly not for as far as Baudet cares – he’s just getting started.

Previous articleIt’s finally happening: a ‘bierfietsverbod’ for Amsterdam city center
Next articleThe Dutch and time: how the Dutch language shows they are planning maniacs

Everyone knows the harmful effects that bullying can have on a person — especially on children. That's why Children's Ombudswoman,...