Mass Shooting in New Zealand: Dutch reaction and the security around mosques 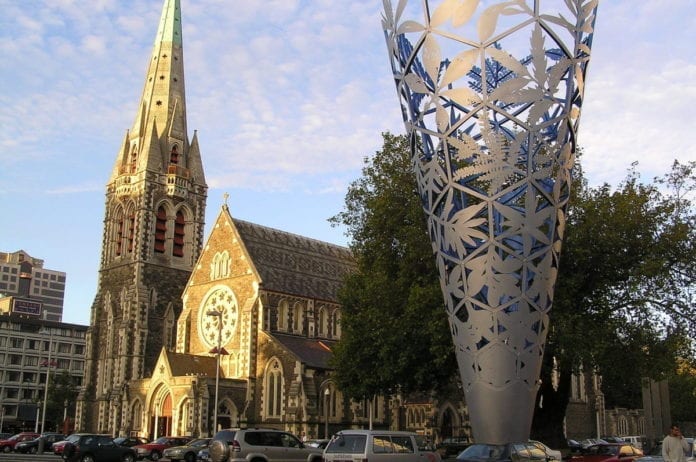 Firstly, DutchReview is shocked and we support the victims in New-Zealand and once more want to firmly state that terrorism and hate are never a solution. We know we have some readers in New Zealand and hope they and their loved ones are alright, our thoughts and support go out to all the victims and their families.

The Royal Family have given their condolences to New Zealand, “We were shocked to learn of the attacks on two mosques in Christchurch which killed dozens of people and left many others wounded. Hate and intolerance have taken a dreadful toll. Our hearts go out to all those who have been affected by this senseless violence”.

Response by King Willem-Alexander and Queen Máxima to the attacks in New Zealand https://t.co/95yRy1YbG4 pic.twitter.com/j6ZMmjl0k8

Since this was a planned terrorist attack, there are also security measures taken around the world.

Security in the UK at mosques is increased

London Mayor Khan has assured the Muslim community in his city that the police will be visibly present at mosques. In 2017, an extreme right-wing Brit ran into believers who left a London mosque in Finsbury Park after the evening prayer. One person was killed and ten injured. The 28-year-old man guilty of the attacks in Christchurch has announced in an internet manifesto that he sympathizes with the attacker in London.

France’s Interior Minister increased police activity around the country to vigilantly patrol mosques. The French president also shared his mourning with New Zealand and reaffirmed that continued efforts are being made in counter-terrorism. The reaction has been seemingly overnight, security surrounding places of worship are a top priority across Europe.

Security in the Netherlands is increased

The municipality of Amsterdam announced in January that mosques and other Islamic locations will receive a security boost, this is needed more now than ever. Mayor Halsema said there is an “increased conceivable threat to Islamic institutions”.

The National Coordinator for Counterterrorism and Security is constantly communicating with the umbrella organization of mosque governments. The threat level in the Netherlands stands at 4 on a scale of 5.

Previous articleNS will join the big transport strike this upcoming Monday (Oh dear)
Next articleThe I Amsterdam letters are making a comeback… for now!

Amsterdam is the second-best city in the world (say what?)

The travel magazine Time Out ranked Amsterdam as the second-best city in the world! 🥳 Amsterdammers and others praised their...

The Dutch Municipal Health Service (GGD) saw a sharp rise in vaccination appointments this week. However, this isn’t enough to shift the Netherlands’ red...

Amsterdam is the second-best city in the world (say what?)

The travel magazine Time Out ranked Amsterdam as the second-best city in the world! 🥳 Amsterdammers and others praised their city for its sustainability...

Simply not possible: Amsterdam will not ask everyone for corona pass, mayor confirms

As of September 25, patrons of bars and restaurants will be asked to show a corona pass before entering catering establishments. However, the city...
Current Month