The fiery north: a tale of how Friesland decided to celebrate New Year’s Eve

Police and firefighters in Friesland found themselves in the midst of angry attacks over Christmas and New Year’s Eve. Mobs of people wreaked havoc on the region with both fireworks — and plain old fire.

The agitation has been palpable all over the Netherlands for some time now, with 2020 being one of the hardest years we’ve ever had to deal with. It’s no surprise that in a time that’s supposed to represent great joy and new beginnings, people are finding themselves unsettled especially when they’re forbidden to take part in their yearly traditions.

However, the sheer amount of violent acts that have occured in the north of the Netherlands during the New Year’s Eve celebrations was shocking, with events making the national news multiple times in the past week.

No one’s happy about the state 2020 left us in, and plenty of feathers were ruffled when the government decided to make fireworks illegal this year. That doesn’t seem to have stopped many across the country from reveling in a bit of fiery tomfoolery though.

This was expected by police forces across the Netherlands. Certain police regions announced that they would be ramping up the number of police officers on the streets this New Year’s Eve. In the case of Friesland, this precaution was certainly necessary.

The show must go on for Friesland

In the week leading up to and including New Year’s Eve, Friesland’s police found themselves dealing with extra agitation and violence. This resulted in the Mobile Riot Unit (ME) being brought in as backup on numerous occasions.

In the early hours of December 30, police were called out to Anjum to help break up crowds of people who were reportedly disturbing the peace by setting fires and releasing fireworks around the village.

On arrival, police were met by a group of 30 to 40 youths who threw live fireworks and beer bottles at them. No officers were hurt, but they were forced to call in the riot police to help ensure their safety and to ensure the crowds were dispersed.

Similar scenes were witnessed on New Year’s Eve in the province’s capital Leeuwarden, with police officers once again battling an onslaught of fireworks and beer bottles as they tried to break up groups that had gathered near to the parking garage in Hoeksterend.

A number of people were arrested (although it’s unclear how many), with police officers stating that they were cracking down on any violence that escalated through the use of illegal fireworks.

A fiery start to the new year

That’s not all the emergency services had to deal with in the north of the Netherlands. Firefighters also had a tough time over New Year’s Eve, after being called out to several incidents of potentially catastrophic fires.

In Marrum, a caravan was set alight and left to burn. Whilst the fire brigade tried to extinguish the flames, they were met with four people who tried to hinder their efforts — a move which almost caused a neighbouring house to catch fire.

Much like the police in Leeuwarden and Anjum, the firefighters were forced to call riot police to help them take control of the situation so that they could put the fire out before the situation escalated.

Similar events took place in a number of Frisian towns and villages, including Kollumerzwaag & Oudega, where firefighters were once again forced to call in armed officers after groups of youths attempted to prevent them from putting fires out by hurling fireworks and beer bottles at them.

In some towns, cars were found alight, with burning fireworks later found to be the culprit.  In Twijzel & Burgum, fire fighters once again found themselves facing violence as they tried to put out the fires that they’d been called to whilst groups of people tried to hinder their work.

It seems that Friesland was looking to celebrate the end of 2020 with a flurry of fire, bangs and beer bottles — regardless of the consequences.

Did you experience an unruly Dutch New Year’s Eve? Tell us about your experiences in the comments below.

Previous articleRollout of coronavirus vaccine to begin earlier than planned in 22 Dutch regions
Next articleTruffles in the Netherlands: everything you need to know for a psychedelic trip in 2021 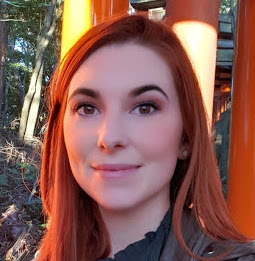 Simone Kynastonhttps://nether-netherland.com/
Simone lives way up north, where the wind blows harder and there’s an extra language to learn. She’s the world’s slowest cyclist because confident Dutch cyclists scare her and her screams can be heard for miles. When she’s not exploring the country and collecting expat friends along the way, she’s obsessed with finding the most delicious Dutch snacks, and she thinks that joppiesaus is the best invention ever.