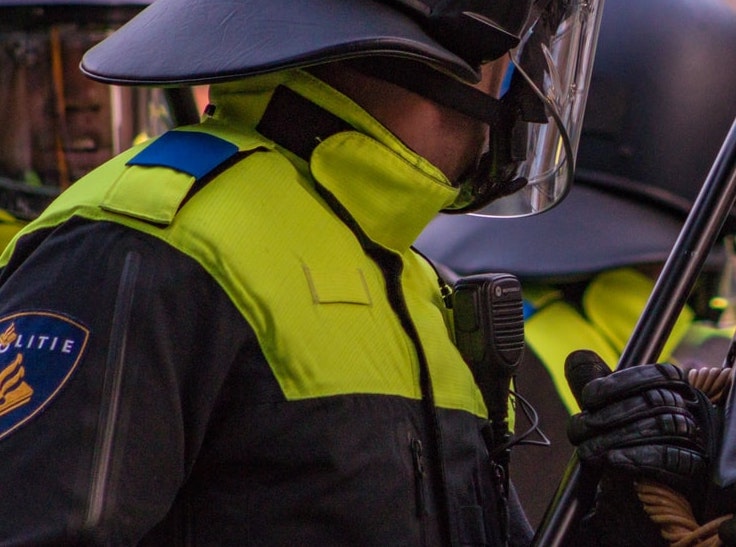 Despite a long-awaited fireworks ban, the annual festivities of New Year’s in the Netherlands could not be contained.

In Amsterdam Nieuw-West, five people were arrested after throwing fireworks at police. In Rotterdam, firefighters extinguishing a fire at a school on Asserweg were pelted with stones and fireworks by young people.

Meanwhile, in Gelderland, a fire brigade was blocked from extinguishing a car fire by a group of 100 people. Riot police had to intervene. In the same province, a man was arrested after he punched a police officer in the face.

People on fire after explosion in The Hague

The neighbourhood of Rijswijk in The Hague was a war zone last night. Riot police were called to the scene to contain a rowdy group of young people, reports Regio 15.

A shocking video shows the moment a caravan and gas bottles exploded, setting fire to several nearby people.

(Warning: images may be disturbing to some viewers)

In Den Bosch East, a car was set on fire as early as 7 PM, and a second one followed at 2:30 AM in the same location. Two fire trucks and a dozen riot police vans were deployed to the location in response, reports Brabants Dagblad (BD).

One resident told BD about 30-40 people grouped near her house. “They continuously threw fireworks at cars. Bombs really went off, it looked like war.”

For bystanders, the danger was real. A video circulating online shows a food delivery driver on a scooter drive over an already lit firework on the road:

Scenes in Den Bosch were so bad that the mayor was forced to issue a by-law granting police additional powers. The force is now allowed to undertake preventative searches until 5 PM, December 2.

Police in Leeuwarden pelted with fireworks and glass

The night wasn’t much better in Leeuwarden, in the country’s north. Police were called to the area of Hoeksterend where a large group gathered to make a “statement” after a callout on WhatsApp.

It took a turn for the worse when the group pelted arriving riot police with heavy fireworks and glass. Multiple people have been arrested.

However, progress: less emergency services in action than previous years

Did the above sound bad? It was actually an improvement compared to previous years. In fact, there were 30 percent fewer reports received on the P2000 pager network compared to the year earlier, according to ANP data from alarmeringen.nl.

How was your New Year’s experience? Tell us in the comments below!