We know the last year has not been much of a party, so is it surprising that there has been a drop in usage of party drugs in the Netherlands? Not really. However, there has been an increase in the use of weed during the Dutch lockdown.

According to the annual report produced by the Trimbos Institute, fewer people have been using hard drugs in lockdown. The report found that there were fewer uses of the favourite party drug, ecstasy, but more people tried ketamine and a bit of the old Mary Jane (yes the Netherland’s famous cannabis).

The study was conducted by interviewing people between the age of 16 and 35 on their average drug usage during the lockdown. Trimbos compared these figures to that of the same period in 2019.

The report also revealed that there has been a drop in the use of alcohol, amphetamines, and cocaine — also known as breakfast in Amsterdam.

Surprise surprise, there haven’t been many parties. Participants said that their change in drug use was because they are not going out with friends as much. Not many people take ecstasy while binging Netflix.

READ MORE| Truffles in the Netherlands: everything you need to know for a psychedelic trip in 2021

“This is of course due to the lack of parties and festivals” Margriet van Laar, head of drug monitoring of Trimbos, tells the NOS. She also predicts that there will be a rebound of hard drug use once people finally return to their normal life — whatever that may be.

While participants said that they smoked less cannabis than usual, they were smoking on more days during the lockdown in the Netherlands. Some participants suggested increased their drug use due to stress, loneliness, and other mental health issues. Cannabis and hash are commonly turned to in order to relieve stress.

Trimbos also highlights the link between those with increased drug intake and mental health. In the survey, nearly a third of participants who went to parties during lockdown were classified as “psychologically unhealthy”. Van Laar warns that the increase in drug use in combination with psychological issues can lead to bad experiences and addiction.

As well as studying the recent trends in drug use, Trimbos has been researching the long term trends in drug use in the Netherlands. It’s research not only shows that there has been an increase in incidents of hospitalisation in relation to cannabis, but that more people have been experimenting with ketamine.

The drug commonly used as a horse tranquilliser has become more popular in the Dutch party scene. Due to the increased use of it in recent years, there have been more incidents of young people needing first aid for its effects.

“A significant proportion of ketamine users experience physical and psychological complaints,” Van Laar tells the NOS. “And a quarter of them report bladder complaints.” Not much of a party vibe.

Are you surprised by the latest Dutch drug habits? Let us know in the comments below! 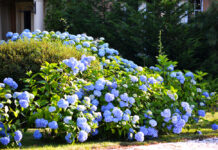 Hydrangea thieves on the loose — more than just pretty flowers 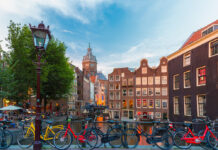 Take it slow: Amsterdam to reduce speed limit to 30 km/h 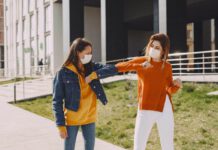 Over 50% of adults in the Netherlands are now fully vaxxed