Police in Hilversum have been left very frustrated after they found more than 300 people partying in a construction site. Only two people were arrested, the DJ and an attendee who kicked one of the officers.

The police who made the discovery did not have the means to take disciplinary action against all the partygoers. For this reason, most of the attendees left the site without a problem.

The officers say the partygoers did not comply with coronavirus measures and put their lives at risk by partying in the dark in a construction site. The site was also close to train tracks.

Attendees from all over the Netherlands

What is also worrying about the discovery of the partygoers was the finding of their vehicles.

Police found roughly 100 vehicles at the scene, which could be identified as coming from many different regions of the Netherlands. There were also multiple taxis from Amsterdam. It is also speculated that many of the visitors would have come by public transport.

Politie Hilversum (Hilversum Police) have described the illegal party as “incomprehensible and irresponsible” on their Facebook page.

They say that on top of the danger brought into the area by breaking coronavirus measures, the partygoers also left a large amount of waste in the area which will now have to be cleaned up.

“A mountain of waste stayed behind in nature and will have to be cleaned up later today.”

They ended their statement with a plea to abide by the latest coronavirus measures.

“We understand that times are tough for everyone. The corona crisis has lasted over half a year now and the current figures of the RIVM are not encouraging. Now is the time to persevere, for each other, for the healthcare staff, but also for the hospitality industry and events we miss so much.” 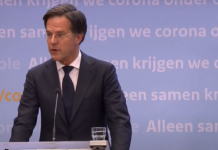 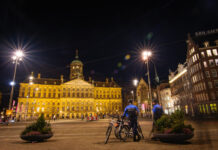