Phew, the Dutch sure love rules and laws! We suppose it does help cultivate the super-organised society we’ve all come to know and love.

But, it seems one of the Dutch government’s new year’s resolutions was to change a bunch of rules: some for the better, and others for the worse. So what’s changing come January 1, and how will you be affected? Let’s dive right in.

Hopefully, your family is cruising along swimmingly. Good news if so: childcare and child benefits will increase in the new year! If you’re thinking about adding to your Dutch family, look forward to some time off: from July 1, 2020 parents will be allowed to take an extra five weeks of leave at 70 per cent of their salary.

But, if you’re thinking about divorcing your partner, first, our consolations. Second, make sure you wait until the new year and you could save some serious dough! While divorced partners could previously be required to pay alimony for up to twelve years, the cap on this will drop on January 1 to a maximum of five years. Call your lawyer and delay that paperwork, stat!

Laws regarding employment and income are undergoing a bunch of changes, so we’re going to give you the highlight reel instead.

Merry Christmas! Those earning minimum wage will benefit from pay increases in the new year, with any full-time employees over 21-year-old now earning a minimum of €1,653.60.

There could be more money in your pocket, with the Dutch ditching one of their tax brackets – they’ll now have two, instead of three. Income up to 68,507 euros will be taxed at 37.35 per cent. Anything above this amount will be taxed at 49.5 per cent.

The name may sound like a snoozefest, but the changes the WAB brings into play are pretty huge! From the new year, employees will be able to benefit from:

If you’re self-employed and not doing too well, it’s good news for you: the welfare benefit for self-employed persons will be lowered in 2020, so getting assistance will be that little bit easier. There’s also a decrease in the corporate and income tax rates, depending on circumstances.

The healthcare allowance will be raised in 2020, and the basic package will get some extra additions, while the price remains the same – win! The Netherlands will also see the introduction of a new law which would allow patients to forcefully be admitted to facilities when required.

Whew, we’re all for equality (although maybe not so much for conscription). From 2020, women will also be included if the government decides to implement compulsory military service. Don’t stress though: the last time it happened was 24 years ago!

Traffic offenders could be joining them, with jail time for serious traffic offences increasing from two months to six months – even in cases where damage was limited or nonexistent. Reckless drivers who cause serious accidents could now be in prison for a maximum of six years.

Do you drive a diesel car? You may want to reconsider that decision. From 2020, municipalities will have the power to implement yellow or green environmental zones which will decide which cars can drive there. It will be calculated based on the amount of pollution your vehicle emits. Diesel cars will also be subjected to a 15 per cent particulate matter surcharge in addition to their standard road tax.

An electric car could be a great alternative – and tax breaks for these will continue, with no vehicle or purchase tax to be paid. That means you can save the earth and the planet all at once!

Will these changes to Dutch law make your life easier? What else needs to be done? Let us know in the comments below! 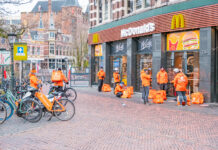 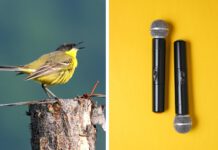 Dutch hedgehogs are struggling this winter: here’s why