Looks like curfew is here to stay as an emergency law is able to go to the Dutch Parliament today.

According to NOS, The law was signed by King Willem-Alexander last night before being sent to the Council of the State. The government will take emergency advice after which Parliament can then vote on it.

The House of Representatives is currently in recess, but it is up to the house when the law will be discussed. The Senate will also have to debate the emergency act before it becomes law.

This emergency law was announced yesterday by Minister of Justice and Security, Ferdinand Grapperhaus, after a judge in The Hague found insufficient legal basis for the curfew. The case that led to such a ruling was brought to the court by the activist group, Virus Truth.

Last night, the Dutch cabinet appealed the court ruling and announced an emergency law would be put in place. The cabinet also asked the court to suspend the judge’s decision until an appeal could be made. The court agreed that the curfew will remain in place until at least Friday.

Are you surprised by how this is developing? Let us know in the comments. 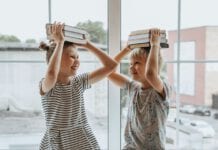 After school care reopens in the Netherlands