Prinsjesdag: Shortening on the 30% ruling so they can give 2 billion to big companies 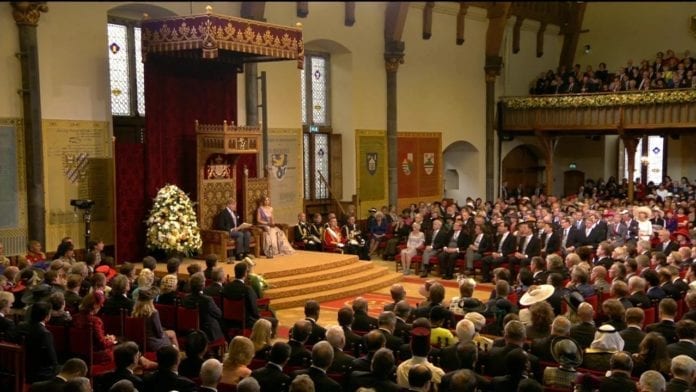 Among other important measures that the government will be taking, we also got more information on the 30% ruling. Here is what was said during the king’s Prinsjesdag speech.

The 30% ruling will be shortened

The United Expats of the Netherlands formally announced their establishment as a stichting only one week ago, in anticipation of the news today: There will be no transition period for the 30% tax ruling for expats. In other words, the Dutch government has decreed that the deal is off — pending approval from both houses of Dutch Parliament.

Thousands of expats will be affected by this ruling, including many who have based their family financial planning, such as mortgage payments, and more based on having been granted the 30% ruling for an 8- or 10-year period in the past. For some, if they have already exceeded five years of the benefit, then they will no longer receive it as of January 2019. What’s next? The UENL Stichting plans to seek a legal opinion and, if appropriate after that, possible legal action for this large-scale breach of trust.

Other measures that were discussed on Prinsjesdag 2018

Despite almost the whole country not supporting the move by the government to abolish the dividend tax, they’re still following through on this one. It’s costing a whopping 2 billion per year, only is an advantage for foreign shareholders and there’s no scientific evidence or research that actually states it will significantly benefit the Dutch business climate.

Most in the Netherlands see it as a 2 billion gift from Rutte (a former Unilever man) to Shell and Unilever.

According to the king’s speech, the Dutch income is expected to grow by 2.6 percent in 2019. This number is slightly lower than this year and last year. However, next year will also mark the sixth consecutive year of economic growth for the Netherlands. Unemployment is expected to reach a historic low of 3.5 percent.

King Willem-Alexander also spoke about creating a plan that would make cleaner energy source affordable for everyone. Money has also been set aside to fight poverty and improve the infrastructure in the Netherlands Antilles.

On the plus side, new parents will be receiving more days to take care of their newborns. King Willem-Alexander announced that the paternity and maternity leave systems will be expanded.

Here you can read in English the full speech delivered by King Willem-Alexander.

What is your opinion on all the new measures in the Netherlands? Let us know in the comments below!

Previous article
A daytrip to the Apenheul and Apeldoorn; the ultimate … monkey business
Next article
Will the Dutch deny access to daycare to un-vaccinated children?