Ajax reaches semi-finals of Champions League for first time since 1996: Ronaldo out! 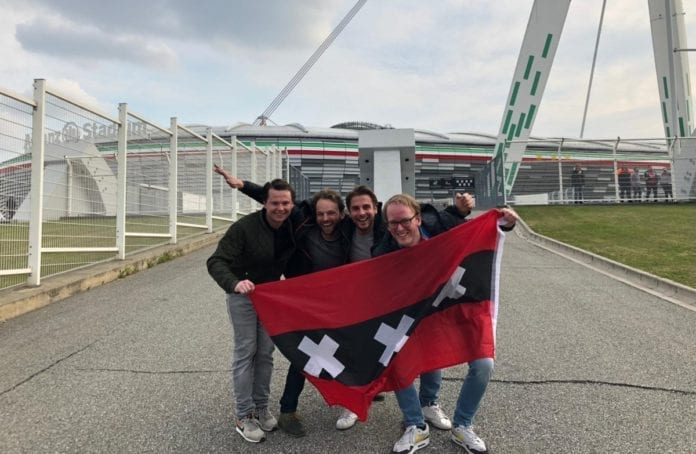 Partying in the streets of Amsterdam as Ajax beat Juve

Ajax beat Juventus 2 – 1 Tuesday in Turin, securing their place in the semi-finals of the Champions League for the first time in over 20 years. This is the ninth time in their history and the first since the 1996-97 season.

For the first part of the game, Cristiano Ronaldo scored for Juventus and a short time later, Donny van de Beek scored, tying the score. Captain Matthijs de Ligt’s goal was the matchwinner at the 67th minute for Ajax.

It should have been 1-4 or more for Ajax one thought when looking at the game.

"We are never satisfied."

"There's so much potential in this team, we are all still quite young and you see us grow every game."

Cool, calm and collected after such a monumental for the club ? pic.twitter.com/841dbroMaQ

Ajax will now face a game against the winner Manchester City and Tottenham’s quarter-final for a place in the final.

Ajax fans celebrated in Leidseplein, in the center of Amsterdam, several fans even lit torches and fireworks. The area was so busy that tram traffic was obstructed.

What are newspapers saying about the Ajax victory?

As you would expect, newspapers all over the country are ecstatic with the win. Volkskrant says Ajax showed resilience and was “a fighting machine” leading to its unprecedented win. They say, “Ajax also showed the other side of football. Fighting. Sticking together. Never give up…”.

According to De Telegraaf, Ajax “created a mega stunt in Europe”. They say reaching the semi-finals is the perfect result “in times of millions of investments abroad, amounts that a Dutch club can only dream of”.

The Italian newspaper LaGazzetta dello Sport calls last night’s game a lesson. They say, “buying the best player in the world is of no use if he only scores. It is the game that improves the team, not a single player”.

Happy about the Ajax victory over Juventus last night? Let us know in the comments!

Previous article
12 best places for the munchies in Amsterdam
Next article
4 arrested in Utrecht after fight between bystanders and police officers (video inside!)