The epic saga of the NS group ticket fiasco: A trilogy of errors

CHAPTER I: HAPPY DAYS OF THE NS GROUP TICKET

There was a time long ago in the glorious, halcyon days of 2013, when NS, the all-knowing gods of Dutch rail, proclaimed “let there be cheap as **** tickets for organised people”, and it was good.

*sigh* 2013, President Obama is sworn into his second term, the humanist Papa Francis replaces a Pope largely responsible for covering up horrific institutional abuse for the best part of a decade, Miley Cyrus makes ‘twerk’ part of the English vocabulary, and NS rail operators offer 10-person group ticket for €70.

What? €7 for a return train ticket anywhere?!

The enterprising residents of the Netherlands jumped on this incredible deal for an NS group ticket. Facebook groups were set up for destinations across the country, where all a person need do was post the date they wanted to travel. Once ten people who shared the same day and station—at this point it didn’t matter whether it was your arrival or departure station—had congregated on the post, someone could quickly and easily buy the tickets with nothing more than ten names and email addresses. Each person would receive an email and could fill out their own details and destination.

What a time that was, what happy care-free days, but like many beautiful things—David Bowie, Prince, a united Europe, and rational debate in the ‘land of the free’—it all ended in annus horribilis 2016.

Seeing the ease and joy with which travellers in the Netherlands were navigating the country by navigating the ticket system, the ever-watchful gods of NS decided that their customers were too happy, celebrated too openly, had lost their respect and fear of the rail powers. Profits were suffering and the heretics must be taught a lesson. The waterways of the Netherlands are far too well engineered for a biblical flood, thus it was decided instead that the NS group tickets must be made more difficult to buy.

In January of this year NS changed the system to one where the delegated purchaser must now input all of the details for each passenger on the ticket themselves. Email, date-of-birth, full name, arrival and departure destination.

This might sound like a small change, but it made a significant difference in terms of the time and effort it took the purchaser to collect everyone’s information and type it into the online ticket system. A process that previously took five/ten minutes now took half an hour, maybe more.

At this point of the story the mother of modern society and economics, Capitalism, starts paying attention. Capitalism seemed to have mysteriously overlooked the NS group ticket loophole up to 2016, but suddenly it started paying attention. Its hand can be seen in NS’s attempt to persuade some people back to paying full price, by essentially hoping our innate laziness when faced with complex bureaucracy would override our desire for cheap travel.

When this didn’t work, Capitalism reached out again, but this time directly to the Facebook groups.

Because of the more time consuming purchasing procedure, buyers began to justify charging for their efforts. First 50 cents more, then asking for eight euros from each traveller instead of seven.

Eight whole euros?! The brass stones on them.

As people realized that they could make an easy €10 euros for half an hour’s work, a whole new economy emerged inside the Facebook groups. People who weren’t even travelling would buy tickets for ten eager, lazier travellers, earning money behind the backs of the NS. A kind of Uber ticket service.

This continued for a few months with nothing more than some minor whinging from extra-euro-strapped Facebook consumers, but the NS gods are not blind, and they are vengeful.

“The members of a group do not have to travel together at the same time. However, the departure and destination stations do have to be identical.” ns.nl

Starting this month, 13th of April, the NS in its divine wisdom requires that both the departure station and destination are the same for each passenger. A move clearly designed to put the kibosh on the unlicensed NS group ticket economy.

While this is a potential kick-in-the-teeth to the Facebook organising system, the NS has clearly underestimated the resilience of budget travellers. Since the change the hydra of organising groups has simply sprung dozens of new head. There are now individual groups set up on Facebook for almost every conceivable to-and-from journey in the country.

Although, perhaps it’s harsh to claim the NS are trying to completely close the glorious ticket loophole. With their latest change, they may have made the search for an organising group on Facebook more convoluted, but in doing so they have also streamlined the purchasing process. Now the buyer needs only names and email addresses from the travellers, as everyone is going to-and-from the same stations. Making it a faster, simpler procedure.

This effectively achieves their goal of reducing the ability for people to demand money for their ordering efforts, whilst still allowing organised travellers their precious, precious €7 tickets.

So for now, coming from the UK where buying a train ticket means a hard punch to the money sack and your train probably won’t show up anyway, I will still pay homage to the Dutch rail gods. At least until the next twist in a tale so twisty it’s beginning to look like M. Night Shyamalan is running NS. 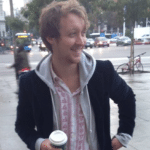