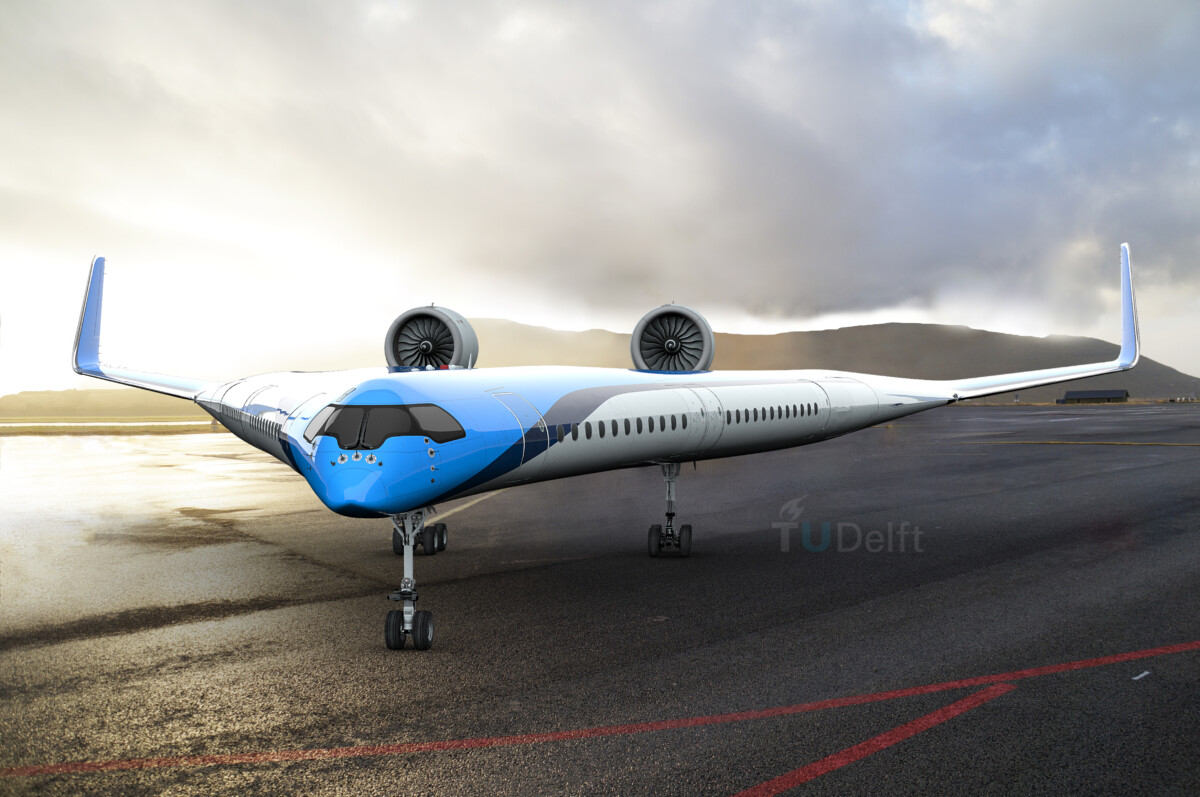 Researchers at TU Delft have been left satisfied after a five minute test run of the V-shaped plane.

The flying V has been a project of the Aerospace Engineering department at TU Delft since 2017. Seeing the success of the test flight brings hope to both the researchers and investors such as KLM.

The plane is designed in such a way that the passengers will be seated within the V-shaped wings of the aircraft. This is where most of the action will be happening as the fuel tanks and cargo decks will also be located within the wings.

A movement towards more sustainable flight

The new aircraft design is a step towards a more sustainable future for air travel. The key to its sustainability is found in the odd shape.

The flying-V has the same wing span as other airbuses, which means that it could use the already existing infrastructure of present airports. The flying-V could also hold about the same amount of passengers and cargo as a traditional plane. However, the difference is found in the flying-V is less wasted surface area.

Project leader at TU Delft, Dr. Roelof Vos, has explained on TU Delft’s website how this leads to more sustainable flight “The Flying-V is smaller than the A350 and has less inflow surface area compared to the available amount of volume. The result is less resistance. That means the Flying-V needs less fuel for the same distance.”

To put it simply, by decreasing the surface area of the plane, less fuel is needed to propel the flight through the air and to its destination. The researchers believe this could lead to 20% less fuel used during flight.

The flight experience within the wings of the plane is not compromised by the cabin’s new location. Designers at the university have said the wings could be fit with traditional cabins, or, they could offer a more oval shaped cabin space in which passengers could choose between different seating layouts such as lounge chairs, group seating, individual seating and collapsible beds.

Researchers used a scaled-down version of the V-shaped plane for the test flight in July. The test model had a wingspan of three meters, so there weren’t any passengers on board, but the maiden voyage proved to be promising for researchers.

The flight proved that the aircraft would perform more sustainably, and whilst there was a rough landing, the researchers now know that landing gear needs to be adjusted on the nose to increase stability.

The test flight of the flying-V has proven that the design can be more than just a concept on paper. More importantly, it proves that there are ways to make air travel more sustainable, the V-shape may be the next evolutionary step in the creation of planes.

What would you do if you saw a flying-V in the sky? Would you fly in this plane? Let us know in the comments below!