Even though all of us complain about how much trouble we have with the Dutch railways, there’s no way we could avoid taking them because we have places to be and things to do. This is reflected in the growth of the number of travellers using them, which is faster than ProRail expected.

The latest figures show us that the number of passengers has grown by 4.6%. With growth rate increasing fast, the officials are saying that it will not be possible to extend the timetables and trains from 2027, reports NOS. 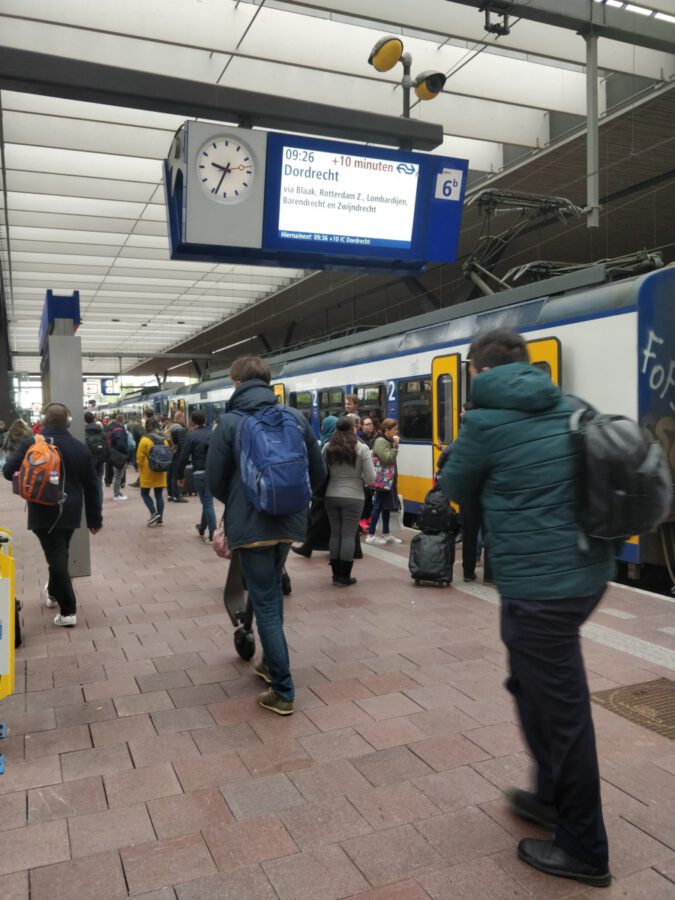 According to Roger van Boxtel, the NS chief executive, the Dutch need more trains, and they need them quick! “Now that the rail ceiling is approaching early, we urgently need more capacity to be able to run more trains,” he explained. “NS is, therefore, arguing, together with other transport companies, that the budget for ProRail should be made available sooner to resolve bottlenecks in the infrastructure for 2027.”

Where is the maximum growth seen?

Well, it’s hardly a surprise to see that the highest growth rate is in the Randstad. Major stations like Rotterdam Centraal, Schiphol Airport, and Leiden Centraal are seeing a higher growth rate than the national average. It’s getting so busy that it’s getting harder to find a seat during rush hour, so you may have to be prepared to fight the crowd for a place to sit.

Do you use the Dutch railways often to commute for work or otherwise? Have you noticed this increase in crowds on the tracks? Let us know in the comments below!

Previous article
The Dutch are Living Longer – But Only if They’re Educated
Next article
Great News! More Trains are Coming (But so are More Passengers!)

Time to find other ways to explore and commute in the Netherlands than the regional public transport, at least for...