Naked truckdriver arrested in Uden for driving under influence (yes, images inside, we warned you) 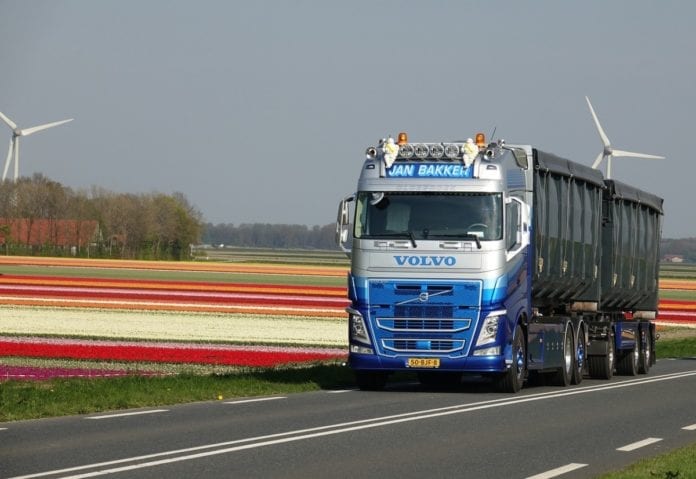 Imagine being a police officer, and you’re doing your job where you’re looking just to serve and protect. And then, you find a naked, drunk man behind the wheel.

There’s nothing funny about people drinking and driving, but the nakedness of the situation does not help with treating it with the severity it deserves.

That was exactly the situation in Uden where a few police officers in a surveillance car found themselves in, where they found a drunk, naked driver behind the wheel of a lorry, reports RTLNieuws.

The police were tracking him when they got a lot of emergency reports about him. Among other things, he was responsible for the damage of a lamppost on A50.

After checking his blood-alcohol levels, it was found that six times the permitted amount! Drinking, ahem driving, under the influence (while naked, might I add) is terrible. And the biggest asset for a drunk person? Butt loads of water! And that’s exactly what his lorry was carrying – a large number of bottles of water.

Seriously guys, don’t drink and drive! What do you make of this? Let us know in the comments below!

Previous articleCulture and art, innovation, epic rooftops and a free festival: 3 awesome things in Leiden this week!
Next articleAmsterdam is booming! More jobs coming to the region

Owning a second-hand hybrid or electric vehicle in the Netherlands: everything you need to know

Owning a second-hand hybrid or electric vehicle in the Netherlands can seem like a daunting task.  Why? Well, you first need to figure out where...