Youth gang riots outside a home in Urk: a mom wounded, home-invaded, 2 arrests and lots of unrest 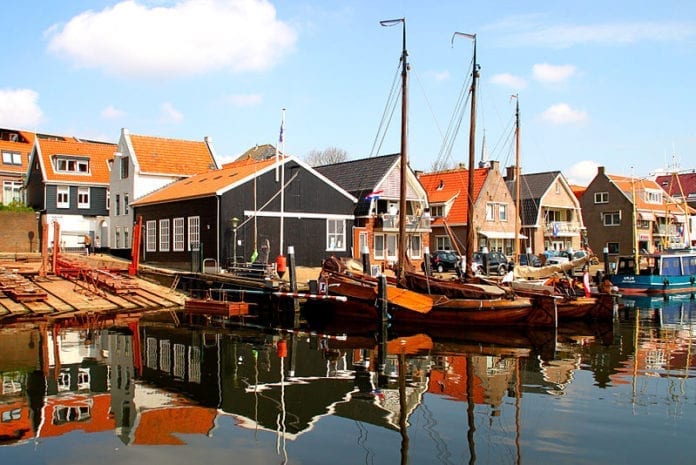 The small northern town of Urk has been rocked by riots of Urk youths. The riots began as police were called to settle a violent home invasion. The brawl escalated, batons, dogs and all necessary force was used on Monday. On Tuesday evening police returned and arrested two men in connection with the riots while unrest continued till today.

On Monday night the Boukhizzou family (of Dutch-Moroccan decent) was assaulted and harassed at their home. The argument started at a snack bar in Flevoland after a man’s girlfriend was allegedly insulted by a youth from the Dutch-Moroccan family. Nearly 100 “Urkers” (did I get this right?) went looking for revenge in Urk.

It’s likely that race was also a factor in this attack, conjuring up anger and violence. Several men forced their way in, injuring the 36-year-old mother, 18-year-old Soufyan and his sister. Apparently, they were also chanting ‘Geert Wilders’ throughout the attack.

The gang clashed with Police, who had been called to Urk from surrounding areas. Urk’s mayor Pieter van Maaren described the massive, hate-filled attack as “completely unacceptable”.

Urk became a battleground. Police “had their hands full with crowd control” on Monday. Police issued a warning to locals to keep their children inside on Tuesday night. Police then randomly inspected houses to search for culprits. Two men were arrested for their involvement.

In #Urk (the Netherlands) 100 Dutch men stormed aggressively a Moroccan household and attacked a mother while the father was working as a fisherman. They were shouting racist remarks and were calling out the far right anti-Islam politician Geert Wilders.pic.twitter.com/jpVtPtwG98

An 18-year-old and a 21-year-old were taken by police last night. The 21-year-old suspect was picked up after uploading a video of himself waving a gun and threatening Soufyan with worse attacks. The unrest continues today.

Anyways, Urk isn’t your regular Dutch town, it used to be an island and is really, REALLY, Christian. Well, better read up on Wikipedia on it.

What do you make of this messy public disturbance? Does arresting only two people go far enough? Follow the discussion on our Facebook page.