Not only is Amsterdam at the forefront of international tourism with famous museums like Van Gogh and Anne Frank’s House, but it seems that this city is also the vanguard of pollution-tackling innovation. Here’s all you need to know about the world’s first rubbish barrier made of bubbles — located in an Amsterdam canal!

The Great Bubble Barrier team is made up of a group of talented pioneers. Some of them got the idea for the barrier while sitting together drinking beer one evening in Amsterdam. Referring to themselves as young and fast-growing, the team making up the Great Bubble Barrier initiative are genuinely invested in making Amsterdam the World’s first plastic pollution-free city.

Who are these bubbly heroes?

The plastic, rubbish and pollution in Amsterdam’s much-loved canals hold the key to better prevention methods. For this reason, the two collaborators have joined forces using a bubble screen that removes plastic from the canals in Amsterdam and stops it from continuing its treacherous journey into the North Sea.

Along with the Regional Water Authority Amstel, Gooi and Vecht, the Plastic Soup Foundation examines captured plastic for research purposes and in order to determine the amount, type and brands of the canal plastic. Using this information, the Foundation aims to track the waste back to its source, thus furthering the opportunity for preventative research and pollution control.

The announcement of The Great Bubble Barrier was made in the run-up to World Cleanup Day on the 19 September 2020. Volunteers removed as much litter from the land as possible, while environmental campaigners believed that a ban on curtail disposable products, coupled with a move to promote sustainable packaging, is the most fool-proof way to tackle the “plastic soup” in Dutch canals.

How is the Municipality involved?

The Municipality of Amsterdam’s programme, the “Amsterdam Plastic SmartCity”, has also been on its own quest to fight the floating plastic phenomena, and, with the help of the superhero invention Bubble Barrier, the opportunity to study the plastic in the catchment system is an excellent one.

Along with the WWF and the Plastic Soup Foundation, Amsterdam’s is the first Municipality in the world to sign a letter of intent to become a plastic-pollution free city by 2030.

How does the bubble bar catch plastic?

A screen of air bubbles is created by pumping air through a perforated tube at the bottom of a canal, the bubble screen creates an upward flow which directs waste to the surface. The screen is placed across Westerdok and thus makes use of the natural canal flow, which in turn leads plastic to the side into the catchment system at the quay.

It is here that the plastic is removed from the water at least twice a week by Waternet. This invention does not affect finishing, helps fish pass through the barrier unharmed, and spans the entire width of a canal. The aquatic life is not blocked by the bubbles, in fact: the oxygen level in the water increases because of the bubbles!

The Bubble Barrier screen in Amsterdam is on a trial period of three years, in which studies will be conducted to determine whether the invention is feasible in other locations as well.

In a press release on the 15 September, director at the Regional Water Authority Amstel, Gooi and Vecht, Sander Mager, said that “The innovative Bubble Barrier in Amsterdam is a good and important example…of the urgent threat to everything that lives in or near the water”. Because of this, it is vital that collaborators like the Plastic Soup Foundation, Amsterdam Plastic SmartCity and start-ups like the Great Bubble Barrier align themselves against the problem.

What has happened to the research since September?

Since being installed in Westerdok in November 2019, the barrier has already been in operation for a year. Coronavirus measures have, unfortunately, postponed the beginning of the research. However, collected waste has already been kept separate for research purposes, for several months.

Because fewer people have been in public during the lockdowns, litter-producing public events such as King’s Day and Pride have been cancelled. It is no surprise then that these circumstances affect the validity of data collected, and this, in turn, influences the analysis of the collected waste.

What do you think of this initiative? Let us know your thoughts in the comments below! 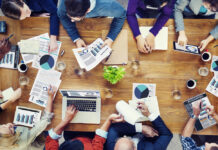 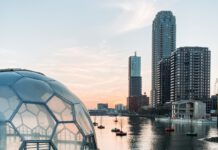