The best signs from the climate strike in The Hague 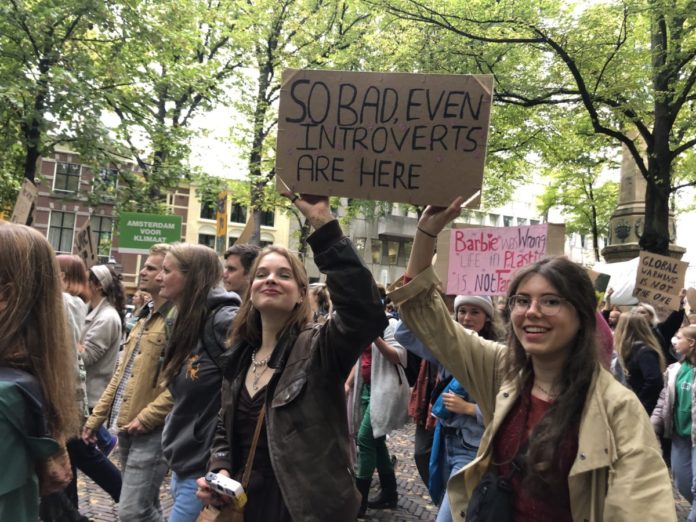 An estimated 25,000 people turned up last Friday, September 27, to protest the climate crisis. With that amount of people, we aren’t surprised at the level of creativity some signs displayed. We took loads of photos and whittled down our selection to only the crème de la crème. 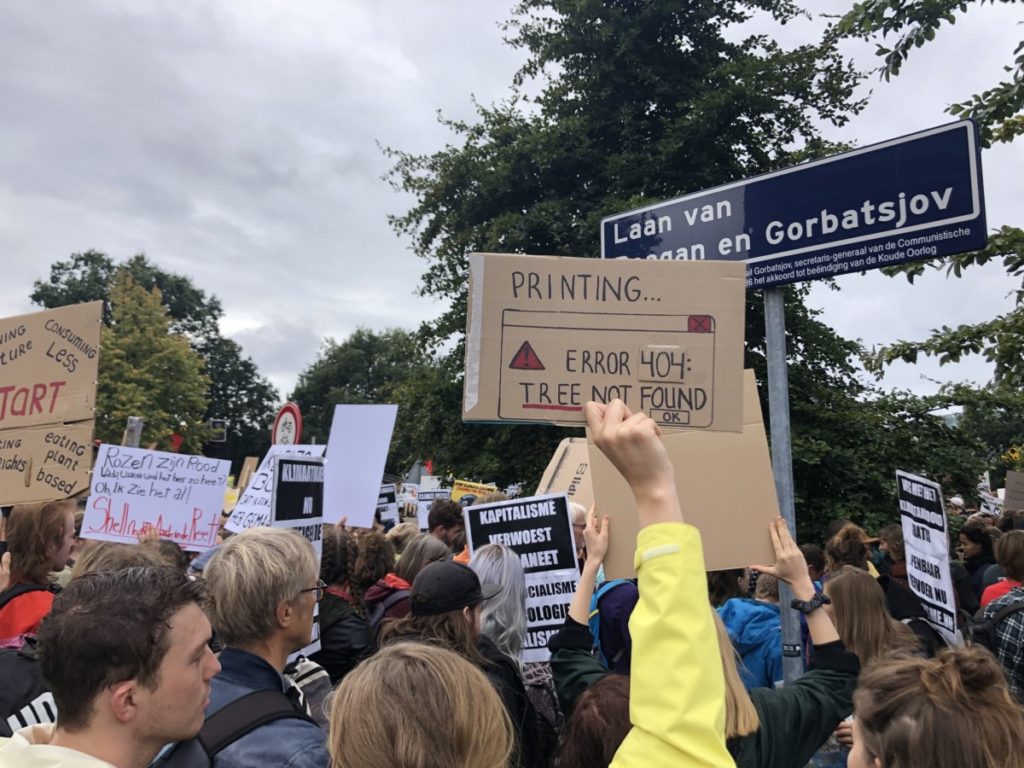 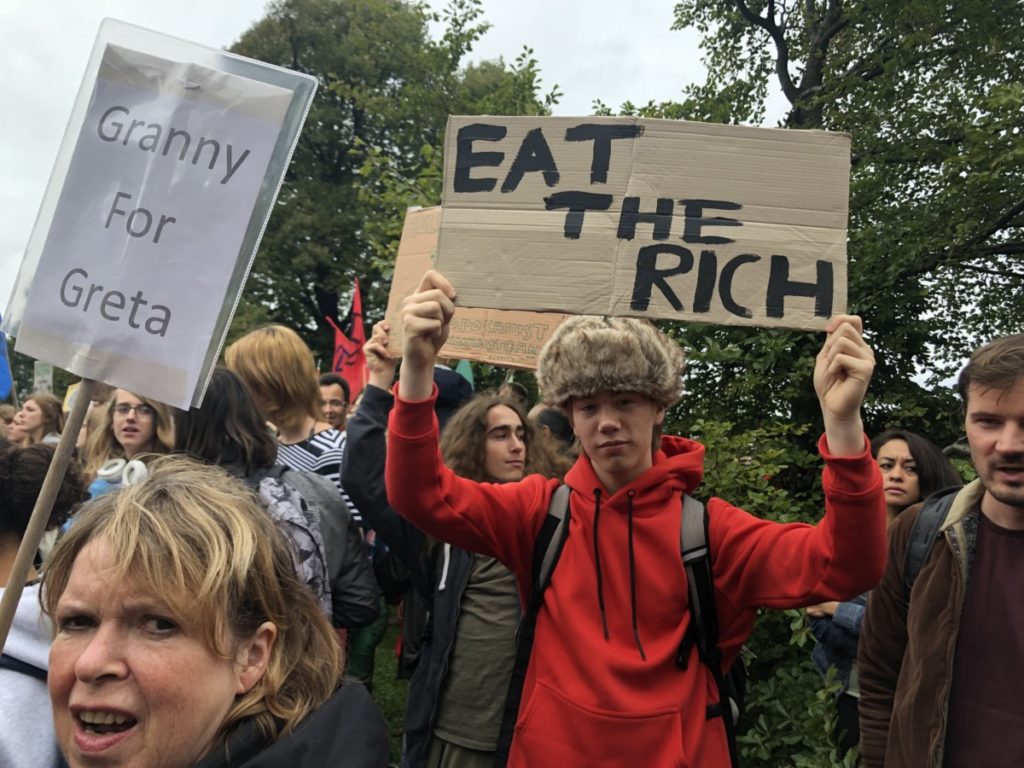 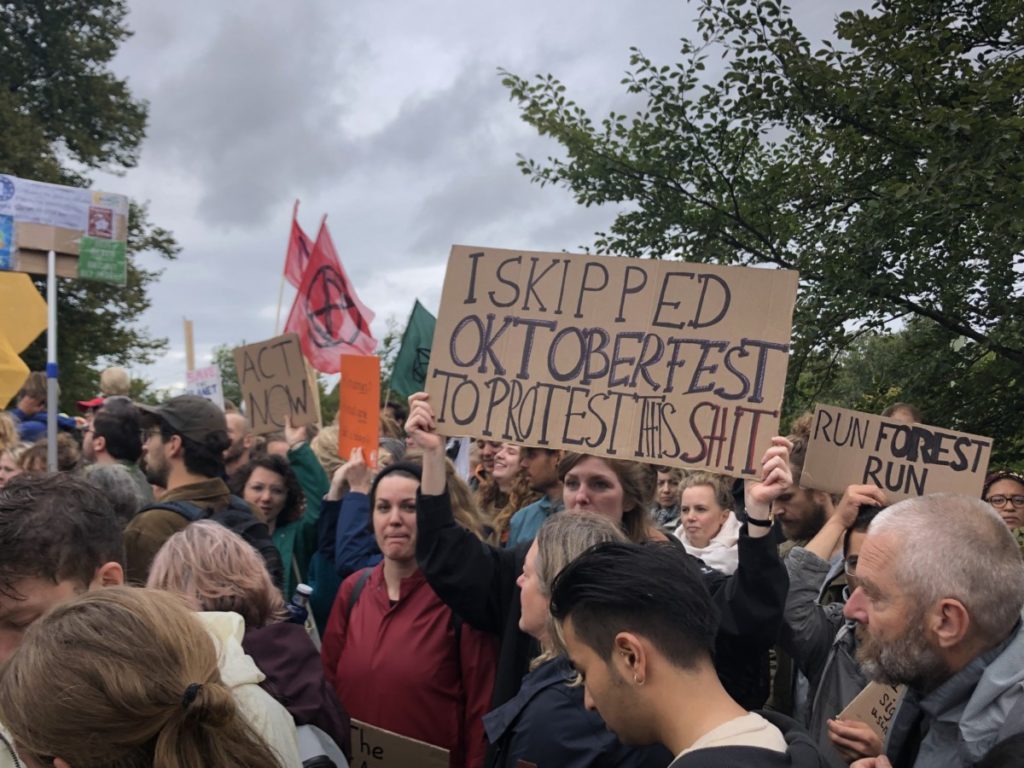 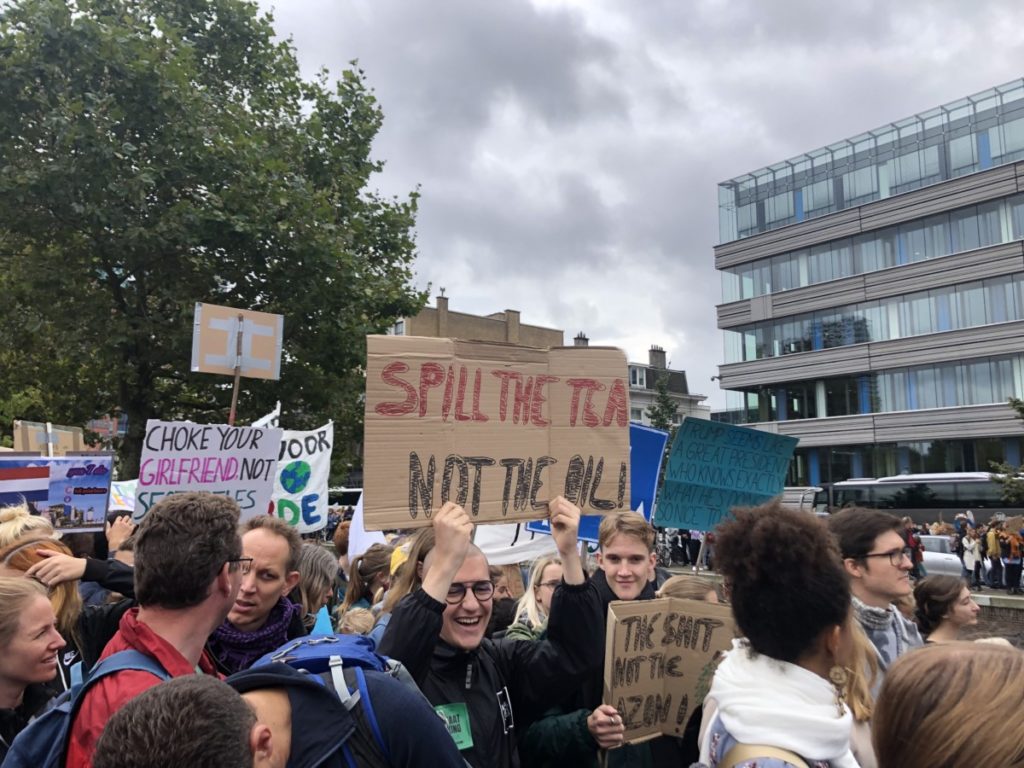 Double whammy: some signs tackled climate change as well as another social cause 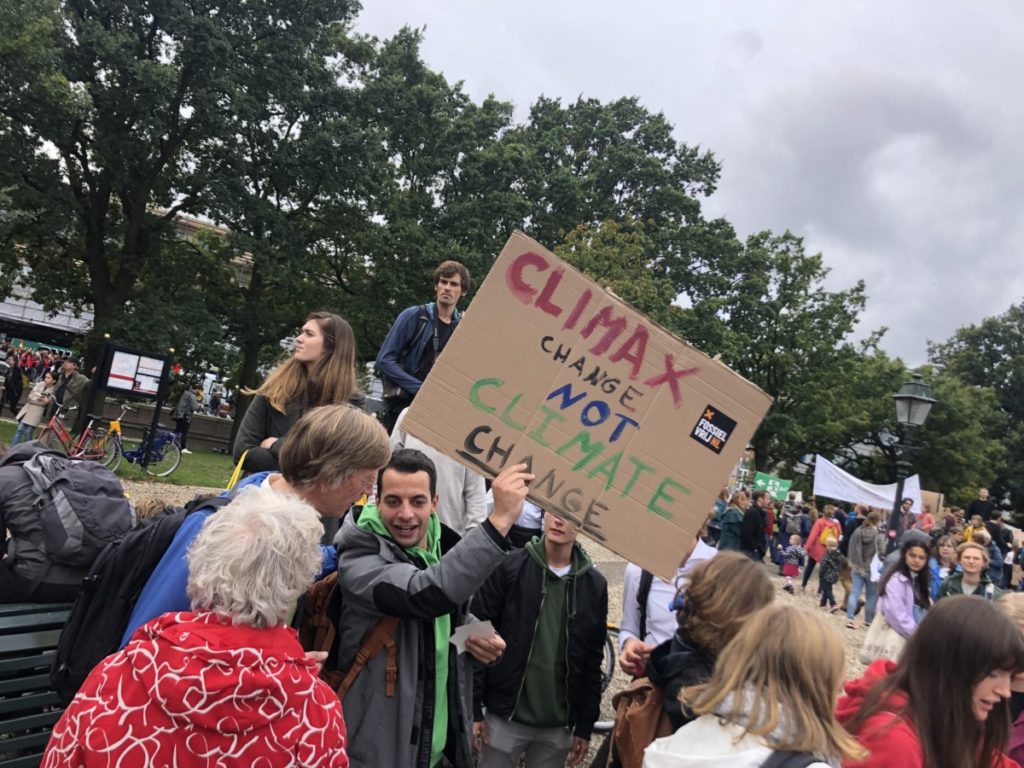 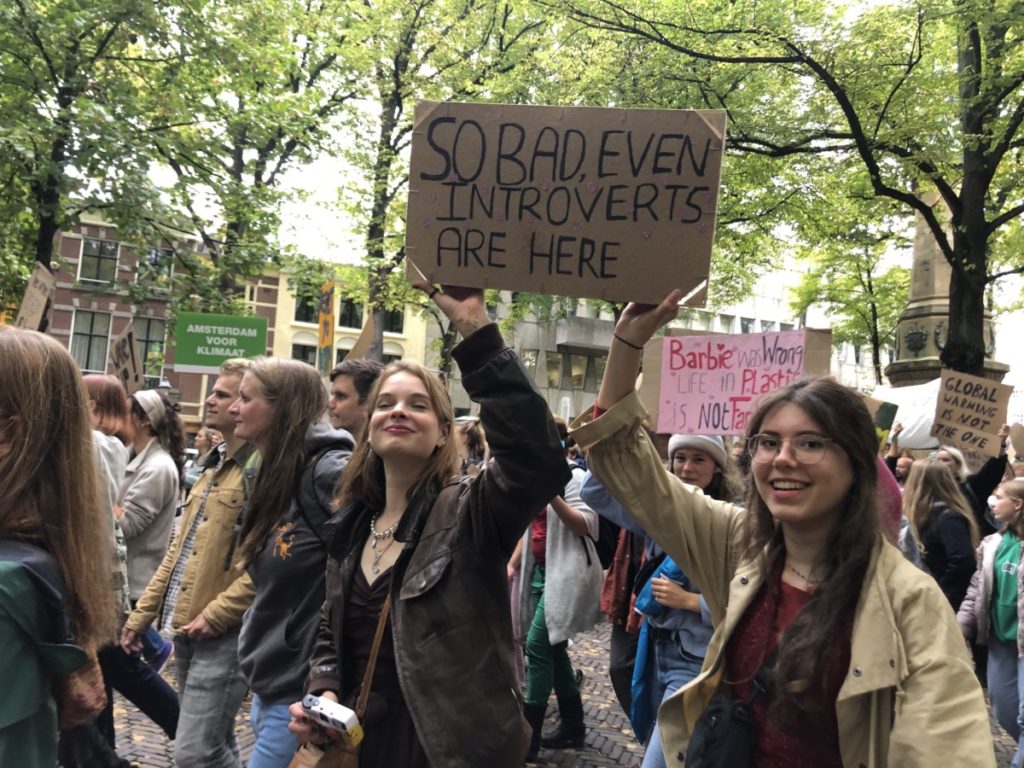 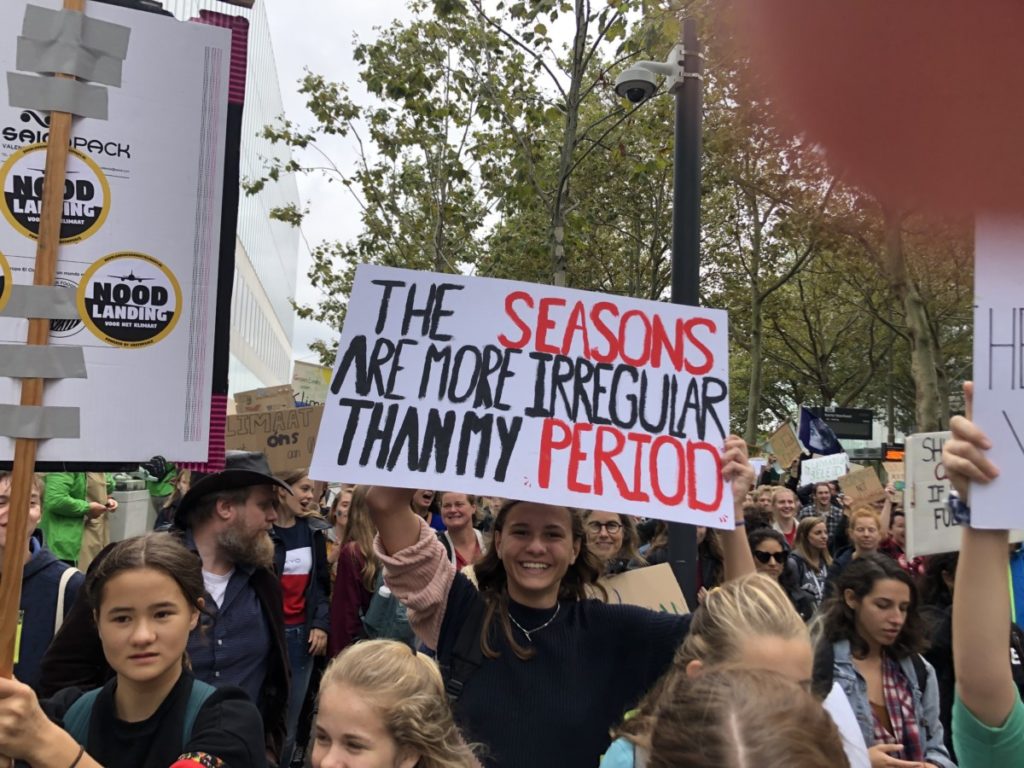 Need we say more? Veganism does good things for the planet in several ways… 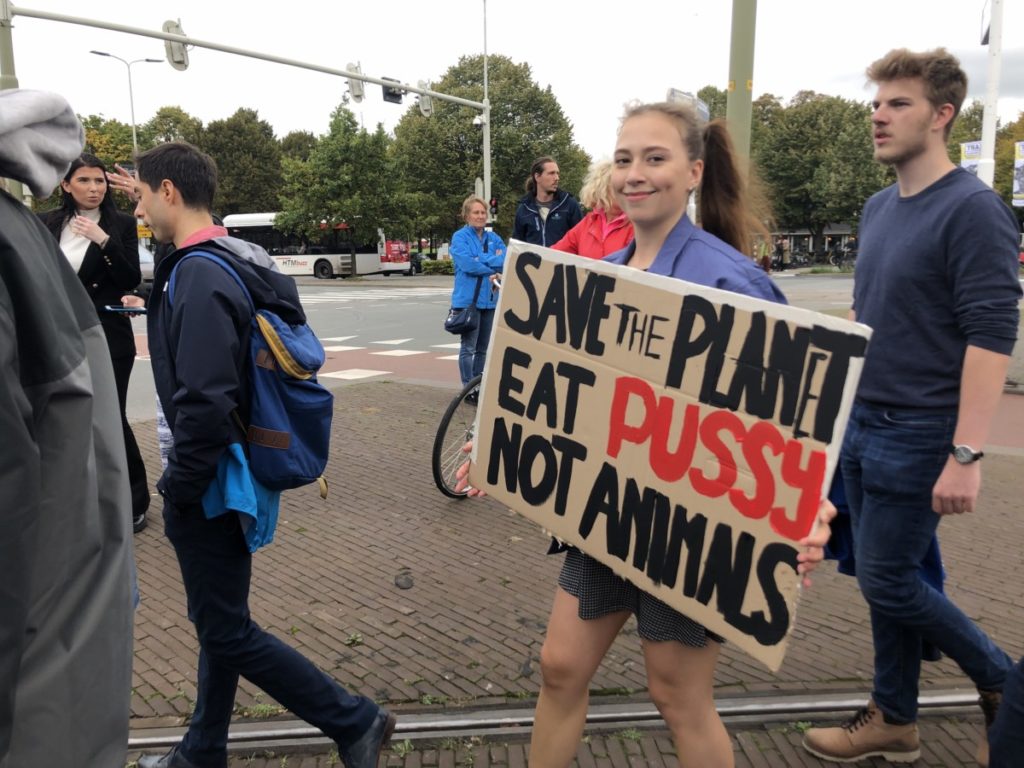 It’s not a protest without some spicy memes.

Seriously, everyone should just print out memes and bring them to protests. Sincerity? No thanks. Memes? Always.

Sometimes, it was the costumes people wore that impressed us the most (though these are some very aesthetically pleasing signs).

The protest last Friday was super impressive- it was inspiring to see 25,000 people coming together to ask for change from the government. Were you one of them?

Previous articleVisiting a coffeeshop in Amsterdam: etiquette, tips and tricks for first timers
Next articleFlags in the Netherlands: everything you need to know