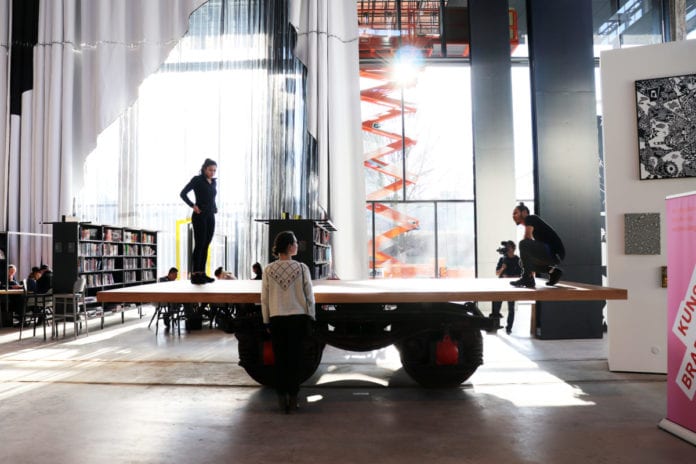 A gentrified factory in Tilburg has gained international recognition as World Building of the Year. The esteemed title was awarded to the LocHal building in Tilburg at the World Architecture Festival, which was held in Amsterdam this year.

A spokesperson for the building told Omroep Brabant, “It is a very prestigious prize. This is one of the three largest awards on a global scale. There were a thousand entries for this title”, NOS reports.

What makes the LocHal so spectacular?

The building was originally built in 1932 for the maintenance and repair of trains and is over 18 meters tall. The space was going to be demolished before its potential was realised by a group of architects. In 2010 the building was converted into an exhibition space, library and cafe.

The factory-turned-prestigious building maintains its spectacular sense of grandeur but with an added feeling of intimacy in many of its hidden corners. The design pays homage to the building’s history by keeping many of the old elements intact. The cranes on which locomotives were manoeuvred have been preserved and the steel beams were kept and utilised in the design.

The winner of the #WAF19 World Building of the Year, supported by @grohe, is LocHal Public Library by Civic architects (lead architect), @BraaksmaRoos, Inside Outside & Petra Blaise. Congratulations! pic.twitter.com/jyJMRYpmq1

The building is also very sustainable too and the enormous roof boasts a whopping 1278 solar panels, enough to power roughly 80 households on a yearly basis.

The jury, made up of both architects and designers, were impressed by the social role that the building has, where people come to meet for a variety of purposes.

Not the first prize LocHal has won

This is not the first prize the building has won. Earlier this year the LocHal library was named as the second-best library in the world by the IFLA Best Public Library of the World Awards, just being beat out by the Oodi Library in Helsinki.

LocHal was also awarded an international The Plan award and secured the Dutch Design Award in the Habitat category.

Have you visited the LocHal? What was your favourite part? Let us know in the comments below!

Previous articlePlans in motion to ban recreational use of laughing gas
Next articleEnd of an era: level of threat for terror attack in NL has been lowered

If you haven’t visited Tilburg yet, this is your sign to go! Located in the southern province of North Brabant,...