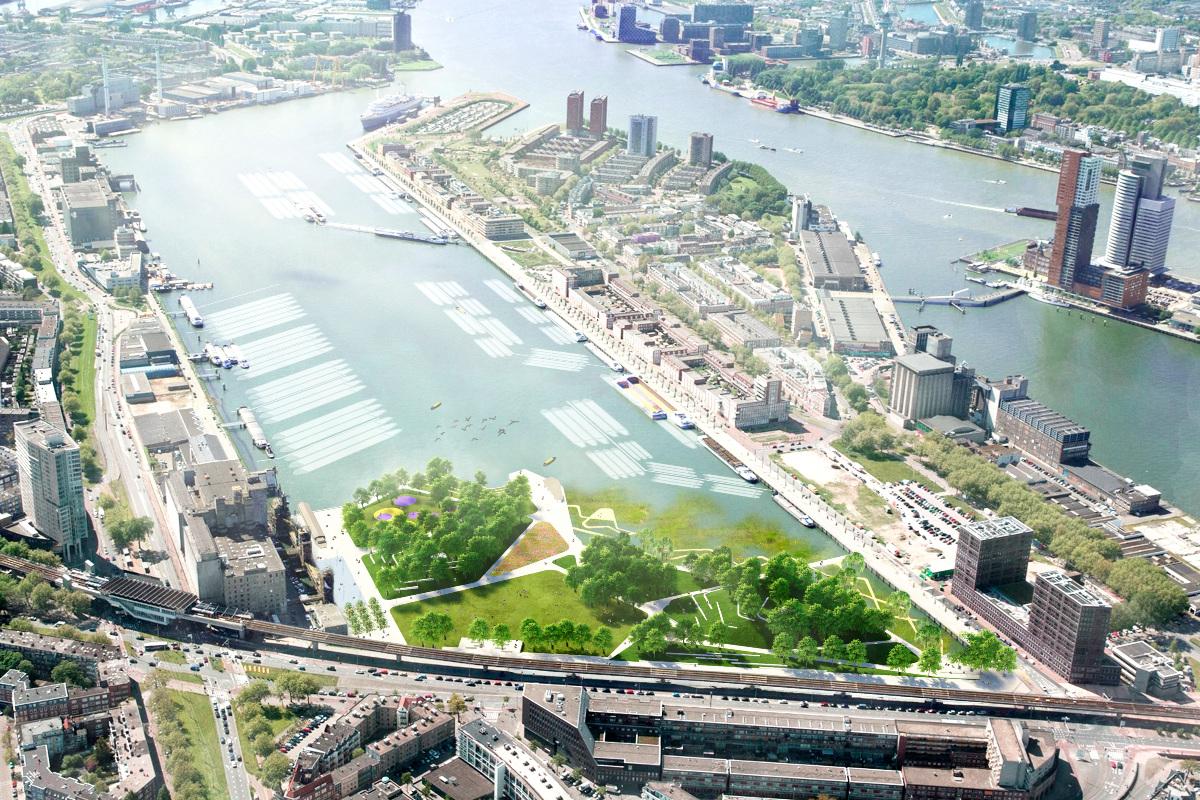 While it has previously been referred to as ‘the ugliest city of the Netherlands’, Rotterdam is now leaving its legacy behind. The city has now invested €233 million to make seven different awesome green city improvements.

Rotterdam doesn’t fit into the image of picturesque little houses and cute canals of most Dutch cities. During WWII, Rotterdam was bombed more than any other Dutch city. The Netherlands surrendered in time to leave Utrecht (which was next on the German bombing list) with its canals intact. While Utrecht and Amsterdam jauntily flaunt their historic city centres, poor Rotterdam was left in ruins.

But Rotterdam was not to be deterred, and following liberation in May 1945, the city lost no time rebuilding. While for some the rebuilt version of Rotterdam is a concrete nightmare, others find the vibrant, urban vibe refreshing.

The resilience that Rotterdam showed after WWII has always remained part of the city. Now, the city has launched another mass architectural plan. With the slogan Rotterdam, sterker door or ‘Rotterdam, onwards stronger’, the city will invest €233 million in seven different city projects. This investment aims to counter the negative effects that the coronavirus had and continue to improve the quality and attractiveness of the city.

In a press release, the city has announced that they will invest in ‘corona proofing’ the city. Among other things, they will ensure homeless people have coronaproof housing, ensure all playgrounds and sports fields have appropriate distance and make summer camps for students. “We know our city is beautiful because of the companionship and support we give one another in difficult times”, the press release says, “this is the mentality we want to foster through our investments.”

The city has announced seven areas of focus for the investment, namely: Alexanderplein, Rijnhavenpark, de Hofbogen, Maashavenpark, Hofplein & Blaak, Schouwburgplein and Getijdepark Feyenoord. The focus is specifically on adding green spaces into the city. The projects should be complete in the coming 10 years.

All those previously accusing Rotterdam of being a ‘concrete nightmare’ will be forced to reconsider. As can be seen, the plans look fantastic. The changes are adding the breath of fresh air that Rotterdam sometimes seemed to lack. Even for myself as a hard-core Utrechter, it’s hard not to be swayed by the pictures depicting luscious green fields, trees, and fountains.

So the next time you consider joking about Rotterdam, remember the story of resilience hiding behind the concrete. And if you really must criticise, better hurry up, because in ten years these projects will certainly rival the beauty of other Dutch cities.

What do you think of Rotterdam’s new plans? Tell us your thoughts in the comments below!