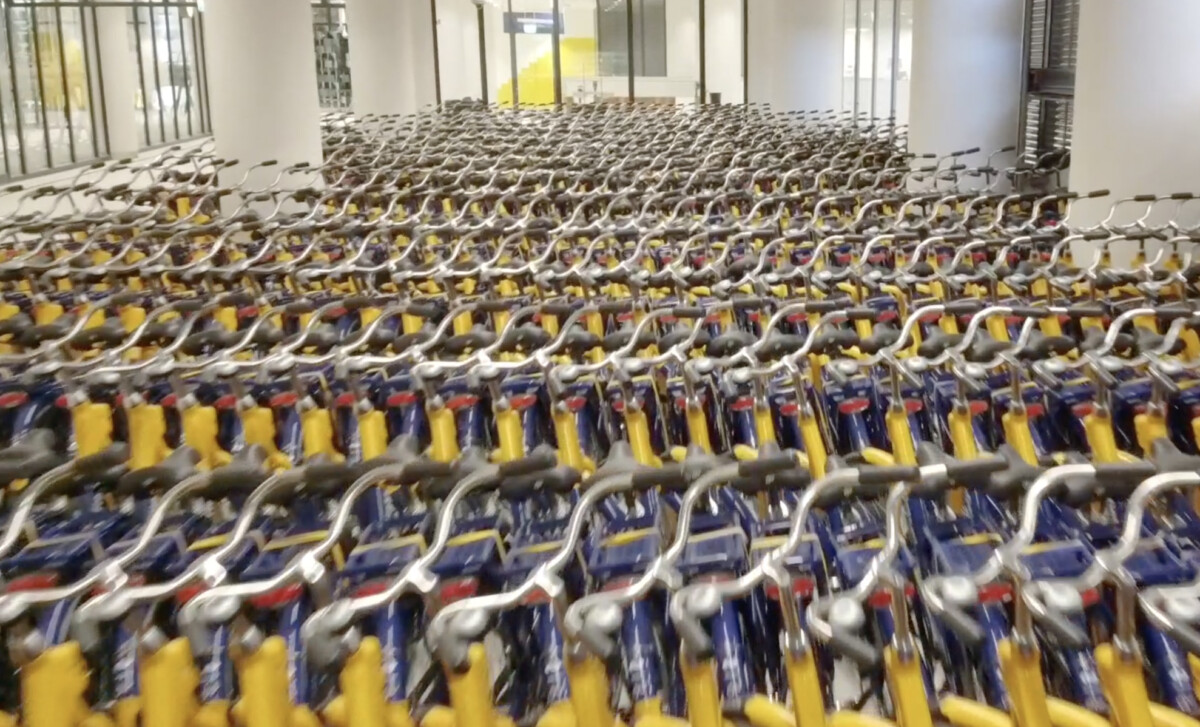 Just in case you didn’t already find it hard enough to locate your bicycle in the Netherlands, The Hague has posed a new challenge — by opening up the second-largest bicycle garage in the world.

The Koningin Julianaplein fietsenstalling in The Hague Central Station officially opened its doors yesterday, creating 7000 new spots to store your trusty fiets. Covering 8,000 square metres, it is approximately 8000 times larger than how my apartment feels after three months of working at home.

READ MORE | How to use your bike like a real Dutchie: from trampling pedestrians to running red lights

That size makes it the largest bike garage in The Hague — but only the second-largest in the Netherlands. That honour belongs to the Utrecht Central Station location, which boasts a very nifty 12,656 spaces after opening last year.

The opening is in line with The Hague’s goal of becoming a real cycling city, to promote health, cleanliness, and ease. The new parking spaces have been in high demand, says Magdalena Piotrowska, NS director of the South Region.

“Nearly half of our travellers come to the station by bicycle,” she says. “In recent years there was not enough parking space at this station. That is why we are very happy with this beautiful, spacious storage facility.”

The amount of space in the new garage is approximately the size of one-and-a-half football fields — and can fit about 8000 bikes total. In addition to the 7000 general spaces, there are 700 new OV-bikes, and space for non-standard bikes like cargo bikes and bikes with child seats.

So how do you find your bike when it’s one in 8000? Luckily, the planners thought of that. A QR code system tells you where to find your bike. If you’re really lost, don’t stress — parking is free for 24-hours, so you can take your time 😉.

Would you use this biking garage? Tell us in the comments below!