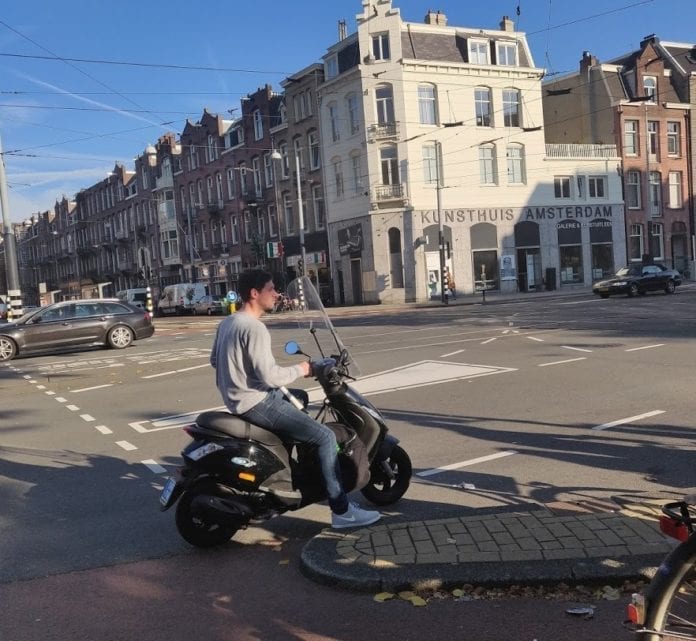 The number of accidents on Amsterdam’s cycle paths has drastically fallen since mopeds were banned earlier this year. Between April and August of this year police only dealt with ten serious collisions involving mopeds. During the same period in 2018, police dealt with 53 accidents.

After a seven year battle, mopeds were banned from Amsterdam’s cycleways in April of this year. It became possible after the government parties CDA and VVD stopped their opposition to amend the traffic regulations.

Amsterdam had a detailed plan at the ready so the law was able to be swiftly changed.

The ban was widely supported as people believed mopeds were making the bicycle lanes unsafe. After too many collisions between cyclists and mopeds, the people of Amsterdam wanted change.

The ban also resulted in a surge of people selling their mopeds (a win for environmentalism?)

The ban caused many people to fret that forcing moped users onto the road would cause just as many accidents, given that cars drive faster than mopeds.

Sharon Dijksma, Traffic Councillor for Amsterdam Municipality stated “we certainly do not recognise the perception that a more dangerous traffic situation has arisen (after the ban came into effect)” the Volkskrant reports.

An assessment will be made at the end of this year as to whether the decline in accidents is definitively linked to the moped ban.

It is currently being considered as to whether there should be a nationwide ban of mopeds on cycle lanes.

Since being banned from cycleways, moped riders must now wear helmets. Anyone who breaches the law can be issued a 95 euro fine.

Whose side are you on? Did you find moped drivers on the cycle way distracting? Or do you think it is unfair they have been pushed to the road?

Previous articleFour Dead After Dordrecht Shooting: Police Officer Shoots Own Family, Himself
Next articleMoney Can Now Be in Your Dutch Bank Account in the Blink of an Eye

With summer rolling around the corner and hot weather here to stay, we all want to spend more time outside....