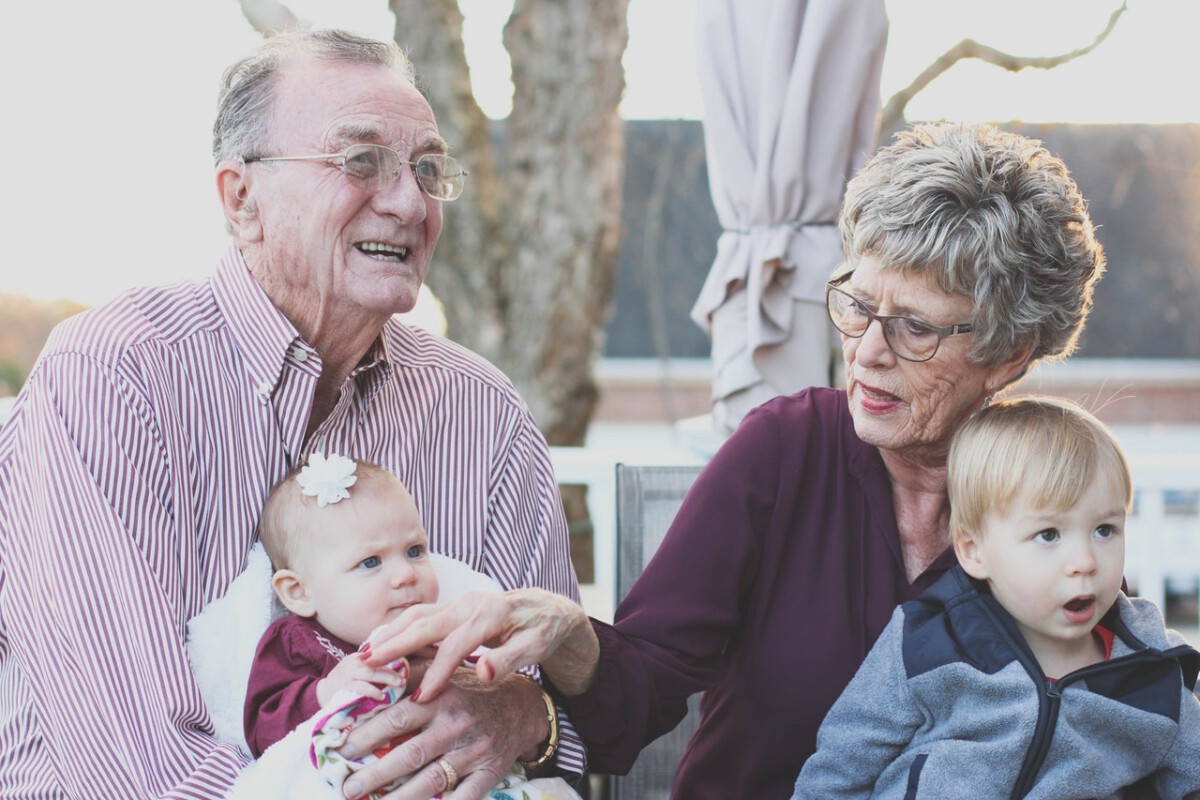 If I say the word “Dutch”, you probably have a very clear image in your head of what a Dutch person should look like. Way too tall, mainly, as we short folk have never actually seen the faces of these giants up close.

But on a genetic level, are the Dutch actually Dutch?

Does Dutch DNA show if they are actually Dutch?

So, what started off this whole Dutch DNA discussion?

I visited the Netherlands last summer. We stayed with my half-Dutch wife’s relatives and we were able to stay in and visit many cities. I looked up Dutch traits and Netherlands’ distinctions before the trip. It was because I wanted to know how to properly act without playing the fool, and know what I would be up against, in order to behave correctly.

I researched all the traits the Dutch are well known for (not to belabour them here). What interested me was the distinct look of the Dutch. I can pick a Dutchie out of a crowd easily. Yes, in every country or area people have specific physical traits but Dutch DNA is complicated and intertwined. It is also not as though all Dutch people look like twins. Historically, Netherlanders were intermixed often with many ethnic groups.

According to DNA testing companies, Dutch DNA is considered mainly Germanic French, which seems a broader stroke of DNA than some common and visible Dutch characteristics that I see.

My wife recently spit in the tube and had her DNA analyzed… and surprise! Besides being a little Neanderthal (maybe she slobbered a little in the tube), her DNA is less than 25% Germanic French.

Her mother was adamant about being “200%” Dutch because Mom said “my mother was 100 percent Dutch, and so was my father, so I am 200% Dutch”. Clearly not a math major, but a passionate Dutchie.

So here is my opinionated research on where the Dutch DNA originated from. Are the Dutch actually Dutch?

Before 5000 BC, the ice age was ending (apparently as a result of global warming from the tribes burning too much peat). A few Neanderthals were left running around updating their resumes.

The hunter-gatherers had started growing food, and Neanderthals died off from having to eat salad from a pottery dish. Maglemosian culture was throughout the Northern European area, and the glaciers hadn’t melted off. As a result, the British Isles, Netherlands and Scandinavia were all one landmass.

Netherlands speeding toward the year zero

Funnel Beaker Culture and other small farming cultures extended from Denmark into Germany and the Northern Netherlands. Following behind them with their fancy Indo-European language spreading throughout most of North and Central Europe, was the touwbekercultuur, or “Corded Ware Culture” (makers of corded pottery) lasting into the Bronze Age.

If you wish to go in-depth on their DNA, for aspiring DNA PhD types, go here. Crossover with the Beaker Culture from West Europe may have wandered into Southern Netherlands looking for sunshine. The Beakers were traders, and probably the first door to door salespersons. Plus they kept alcohol in their beakers, so there was that.

Although archaeologists argue where the Corded Ware Culture sprung from, the Black Sea or elsewhere in Europe (arguing over people dead thousands of years is their passion), what we do know is DNA from graves shows they were widespread in North-Central Europe.  They were the first to have wagons, therefore wheels. I am guessing they are Dutch ancestors and invented bicycles, peddling across Europe (some things never change).

Germanic groups migrated into the Netherlands around 750 BC settling coastal floodplains “where no man had settled before” and probably invented boots and snorkels.

This uniform DNA grouping extended into Poland and migrated from Southern Scandinavia due to deteriorating climate.  Apparently they brought it with them.

Even though this happened a couple thousand years ago, it seems logical it was the beginnings of the Dutch peoples.

The ever-spreading Celts and Dutch DNA

Celtic (Gaul) culture about this time was in a triathlon across central Europe, spreading their DNA everywhere. They were more tribal than most cultures, and had Chiefs and classes of people within the tribes (perhaps political conservatives’ ancestors).

They spread from East Europe area to Britain and Iberia. Generally staying south of the Netherlands, Celts drifted as far north as Maastricht early on. Apparently they were busy irritating Romans and causing wars, and had no desire to be chased by a giant walrus in the lowlands mud. The Celts integrated with Germanic tribes South of the Rhine eventually. Caesar defeated them, took their gold and assimilated them into Roman culture, where they probably invented fashion and anger management from their descriptions by Romans.

The Gauls in the fourth century were “tall and muscular, light-skinned, reddish or light-haired and eyed people who are quick to quarrel and fight”. There are not an excessive amount of redheads in the Netherlands, though Limburg has one of the higher percentages.

Many Dutchies do fit other physical Gaul characteristics. A recent study in the UK states the Celts are not a unique genetic group, which would indicate their original Germanic culture background. It also showed populations next to each other can have different ancestry.

The Romans are coming

In the year 57 BC, the Romans came to town in fashionable tunics. After years of battles with Germanic tribes south of the Oude Rijn, the river became the north boundary of the Roman Empire. Roman control existed farther north too.

With the Celtic, Germanic and Roman cultures intermingling, even Augustus Las Vegas wouldn’t lay odds on DNA results. Romans used both Celt and Germanic tribes as soldiers and ruled settlements where these “barbarians” would be raised for Roman armies.

Two Centuries later, the early Germanic Frisii living on the North Sea coast and occupying most areas north of the Oude Rijn were coerced by the Romans and rising seas to relocate to Roman territory, and were assimilated into that society. So much for early Frisii DNA being dominant in the future.

Around 200 AD, proclaiming their own DNA, some Germanic small groups inhabiting the Netherlands emerged as the Salian Franks, many of whom settled in the south of the Netherlands.

Concentrated in the North Sea lowlands, the early Frisians, Chauci, Saxons and Angles were closely related Germanic groups. As with many close families however, the Chauci later joined with and became Saxons.

These groups expanded after the Romans fell. Some remained in now Southern Netherlands.

Migration in the early Middle Ages

As the seas receded, (400 AD to 1000 AD) Germanic groups such as Jutes, Angles and mainly Saxons waded into Northern Netherlands (and eventually all the way to British Isles). The ones who stayed in North Netherlands became ancestors of modern Frisians.

In the ninth century, Danish Vikings wreaked havok in the Netherlands lowlands with raids and attacks. Although they maintained a presence and ruled over parts, there were few permanent settlements.

The DNA that was brought in for this short time seems of lesser influence.  During the Iron Age migration, Germanic hunter gatherer tribes of same or similar descent fled the climate and populated the Netherlands area. The Viking DNA was probably related (but with a nasty mutated mean gene).

The next seven centuries was a culture slug-fest with the Netherlands often occupied or at war. Areas now Germany, Spain, British isles, Italy, the Holy Roman Church, and pretty much anyone with a stick, rock or religious robe battled. Surprisingly, some lucky males survived to spread a “Y” chromosome.

There weren’t mass migrations, but significant intermingling. I imagine with all the battles going on, the general population was able to continue their own DNA propagation within their groups and settlements.

The 17th century forward the Dutch were traders and colonized around the world. Amsterdam was a top world trade city and people came to stay. In 1650, according to Cairn.info, 8% of the Netherlands was of foreign descent. In the early 1800’s, 85 percent of immigrants were from Germany, Belgium or France, all with similar ancient roots. Currently 11.% of Netherlands population is foreign-born.

Transportation improves. Immigration and culture crossover grows. These blending trends will eventually change the Dutch DNA and that of every culture.

Having trouble seeing how any genetic group could retain its characteristics over the centuries? Is it just the luck of the DNA draw from parents, grandparents and great grandparents (only one eighth from the greats)? Maybe, but enter Epigenetics. Is there another factor?

Epigenetics studies a chemical reaction that influences who we are without altering DNA. Events that happened to our Grandparents can be physically passed down. Studies show events like the “Hunger Winter” in 1944-45 which caused severe malnutrition may have caused children and grandchildren born after to be smaller.

Could Dutch physical characteristics be maintained by more than Dutch DNA? Does happiness, physical activity, social society or diet of cheese and herring unknowingly in part “will” them or any culture to retain the classic Dutch look through generations?

Science continues to chime in. I just hope you enjoy knowing a little more about where the Dutch DNA came from.

My own Dutch DNA conclusions

Finally, what’s up with Neanderthal bashing? They were around a million years before salads ran them off! Please, don’t forget to comment with your own conclusions!

Feature Image: Pixabay/Pexels
Editor’s Note: This article was originally published in February 2018, but was updated for your reading pleasure in September 2020.

The world’s oldest airline? That’s from the Netherlands, of course 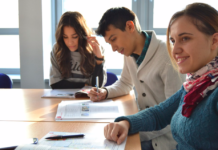