There are many Dutch inventions that have been pretty groundbreaking.

Apart from an awesome little drink called gin (nope, it was not invented by the Brits) there are a number of other important inventions that are the brainchild of Dutch scientists, opticians, architects and more!

If you’re anything like me, you’ll be pretty surprised that some of the inventions on this list are actually Dutch! So, without further adieu, let’s get started!

The submarine was invented by a Dutchman employed by the English Royal Navy. Image: Flemming Mahler Larsen/Wikimedia/CC3.0

No, the Beatles didn’t invent the (yellow) submarine and it certainly wasn’t Englishman William Bourne, however, he was the first one to develop the concept around it. In the 1620s, it was Dutch inventor Cornelis Drebbel who constructed the first vessel that could be navigated underwater.

He was employed by the English Royal Navy, which used the river Thames as a testing ground for the submarine. The submersible consisted of a wooden frame with leather stretched over it and oars were used to propel it. It is actually a pretty scary thought that there was only a piece of greased leather protecting you from the freezing ocean. Brrr!

Now you’re impressed, right? Although it was invented ‘by accident’ when architect Jan Wils designed the Olympic Stadium in Amsterdam. He created a tall tower with a smoke effect to attract attention. Hence it became a tradition at the Olympics to use the now world-famous flame.

Two gentlemen from Middelburg are responsible for the invention of the telescope. Image: Ryan Wick/Flickr/CC2.0

Yep, both of them are Dutch inventions! In 1608 (one year before Galileo, say what?!) spectacle-craftsmen Zacharias Janssen and Hans Lipperhey from Middelburg had developed the telescope. The first stellar spyglass consisted of a simple tube as well as one biconvex and biconcave lens.

As far as the microscope is concerned, Dutchmen like Antoni van Leeuwenhoek, Sacharias or Hans Jansen are mentioned as inventors. Van Leeuwenhoek used a magnifying glass with one lens that could magnify up to 237 times!

And can you read the next line? Image: David Travis/Unsplash

You know when you go to the eye specialist and you have to read letters ranging from large to small off of a board? Yes? Well, it’s because the Dutch care about our eyesight! Herman Snellen invented this chart (called the Snellen-chart) in 1862.

Did we really need this invention? The speed camera. Image: Janitors/Pixabay

Hmm, not sure this is something we should thank the Dutch for. Rally driver Gatsonides is responsible for the invention of the first automatic speedometer, which he started to produce and sell in 1958. He used two rubber tubes, which as soon as the car tires hit them, would activate the chronometer to measure the speed.

The Dutch are also the masterminds behind the CD and DVD. Image: PublicDomainPictures/Pixabay

Joop Sinjou and Kees Schouhamer Immink are the masterminds behind the compact disc that was produced by Sony and Philips. They based the size of the CDs hole on a Dutch 10-cent coin. Next to the CD, Philips also invented the cassette tape, the DVD, and Blu-Ray — seriously impressive!

Alright, I’ve got one more of these Dutch inventions! Dutchman Dr. Jaap Haartsen came up with the idea for Bluetooth while he was working for the Swedish company Ericsson.

And if that doesn’t convince you that the Dutch are quite the inventors, then guess what? Wi-Fi has Dutch roots too with Cees Links playing a vital role in its creation in 1997 and paving the way for Wi-Fi technology as we know and use today (it was actually developed by an Australian organisation called CSIRO).

Feature Image: Ryan Wick/Flickr/CC2.0
Editor’s Note: This article was originally published in March 2017, but was updated in January 2021 for your reading pleasure. 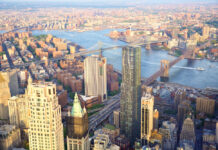 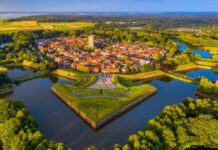 Heard of Gorinchem? It’s officially the most beautiful fortified town in the Netherlands!

What was the Eighty Years’ War? The Dutch War of Independence explained