The Netherlands is a small country and like every small thing, it secretly longs for world domination. This is why we still talk about that century once upon a time, when ‘we’ – the Dutch, were a dominant force on the international seas and feared by many. But we have so much more to be proud of.

Today, I am participating in an activity that Dutch people love to do in other countries – brag about ‘our’ accomplishments. By the way, bragging for the Dutch is only allowed when talking to foreigners. Among Dutch complaining about the Netherlands is the only suitable thing to do. Preferably about the weather or the government.

Here, I would like to dive into history and find noticeable historical figures with a Dutch background that have had some influence on the United States and the world, or were just funny characters.

Let’s introduce Martin van Buren. Who, might you ask? Most non-Americans will shrug their shoulders, most Americans as well perhaps. But this very Dutch-sounding name is the eighth President of the United States! And he is not just Dutch-sounding but has a distinct Dutch background.

Unfortunately, he didn’t come straight of the boat to become president of the US, this is, of course, impossible since the Constitution states that the president must be a ‘natural-born citizen’, implying that the President has to be born in the United States. This to protect the country from foreign influence, something which the Americans were apprehensive about since they just got rid of those British bastards.

Not born Dutch, but surrounded by Dutch culture

Martin van Buren wasn’t all that Dutch you might think, knowing that it was his great-great-great-grandfather who was the one who actually got off the boat in 1631 to start a new life in the New World. But what made the eight President Dutch was the fact that he grew up in a distinct Dutch community where his native language was Dutch, and to date, he has been the only US president who spoke English as a second language.

He also married a woman with Dutch ancestry, Hannah Hoes (which originally is pronounced as Hoos, not as Ho’s, as I stumbled upon in a YouTube video about her, but maybe that’s what English did to her name. Unfortunately for her).

His religious affiliation was Dutch reformed, and Franklin Steiner, in his book The Religious Beliefs of Our Presidents, categorized Van Buren among “Presidents Whose Religious Views Are Doubtful.” He wasn’t really tall, only 5 foot 6, which isn’t really Dutch and he was quite fashionable (whether or not that is Dutch is also debatable).

He has the doubtful honour of having tons of nicknames, including: The American (yes, weird), The Careful Dutchman, The Enchanter, The Red Fox of Kinderhook, Old Kinderhook, The Little Magician, Little Van, The Great Manager, Martin Van Ruin, The Mistletoe Politician, and Little Matt. Old Kinderhook was abbreviated to O.K., which is said to have led to the widespread popularity of this term that we still use today.

His presidency isn’t really one for the ‘Top 10 greatest Presidents of all times’ lists, he was plagued by the Panic of 1837, which started only after five weeks into office but he still got the blame for it. It gave him the nickname Martin van Ruin by his opponents and led to his failure to get reelected. Not the greatest President ever, but hey, we can’t all be FDR’s and Lincoln’s. Van Buren is certainly someone to remember the next time you want to brag to the Americans about ‘our’ accomplishments in the world!

Any other presidents or historical leaders around the world that you know which have Dutch origins? Let us know in the comments!

Feature Image: No Author/Wikimedia/CC4.0
Editor’s Note: This article was originally published in July 2013, but was fully updated in October 2020 because hey, history doesn’t change. 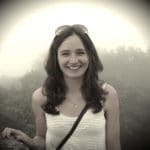 You might have noticed concrete bunkers in the dunes along The Hague's coastline, ominously pointing out toward the sea. What's...