Operation market garden: one Dutch bridge too far for the Allied in 1944 — we will remember… 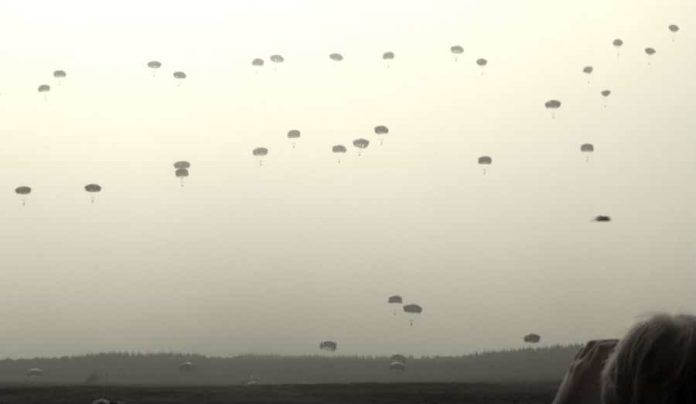 Just like any other country, the Netherlands was brutally occupied by our big jolly neighbour to the east 75 years ago. The Netherlands didn’t make it into international headlines too much during the war (maybe with the exception of the bombing of Rotterdam in May 1940), but there was one notable operation that got the world’s attention: Operation Market Garden.

History of Operation Market Garden: what was it about?

Most of you reading this article probably won’t admit it but, the only reason you knew about Operation Market Garden was through Band of Brothers and one of the Call of Duty games (those games before it turned into the modern shooting travesty it now is).

But long-story short for those of you not into those games: Operation Market Garden was a failed World War II operation in the Netherlands that was fought between September 17 – 25, 1944. It gets its name because of the ambitious two-part mission that Field Marshal Sir Bernard Law Montgomery planned. The name is derived from each of these suboperations. The ‘Market’ part of the mission was an airborne assault to take control of key bridges in the Arnhem region. The second part, ‘Garden’, was a ground attack to occupy the seized bridges.

Why did Operation Market Garden fail? For many reasons, and if you’re interested to know how exactly, check out this mini-documentary! You just need to spare 20 minutes of your time. 😉

Operation Market Garden and A Bridge Too Far

If you’re more of a movie buff then you must’ve heard of this movie. Back in the seventies, all of the era’s big movie stars joined up and made a movie which was a whole lot better than Ocean’s 11,12,13: A Bridge Too Far. It’s not only awesome because Sean Connery shoots a random German soldier, but also because it pays a reasonable amount of time to the whole operation, where you actually learn something at the same time.

Since it’s 2020, you can actually see the whole movie on YouTube:

We do! With the last actual participants and eyewitnesses of the battle being 90 years of age or older, the Dutch (and many other people in the world, I would think) are actually paying more and more attention to World War II. With Operation Market Garden now 76 years ago, last year was more or less the last proper chance to pay homage to the Allied soldiers who fought in and around Eindhoven, Nijmegen, and Arnhem.

Normally there are mass para-drops on the old dropzones (check the pic below from 2014 for an impression) as a commemoration. Of course, there are also lots of other services, demonstrations and nice old tanks and such to look at.

What’s happening in the Netherlands to commemorate Operation Market Garden?

Public commemorative events would normally be taking place in the Netherlands this month, but due to coronavirus things look different this year (here’s more info in English). On the bright side, you can watch videos of this year’s commemorative activities from your own home on RTV Arnhem’s YouTube channel.

Have you been to any of the commemorative events in the past? Will you watch from home them this year? Let us know in the comments below!

Previous article
GGD receiving 39,000 calls a day — tens of thousands can’t be tested
Next article
The second wave of coronavirus has arrived in the Netherlands