A legendary invasion: more than seventy years since D-Day 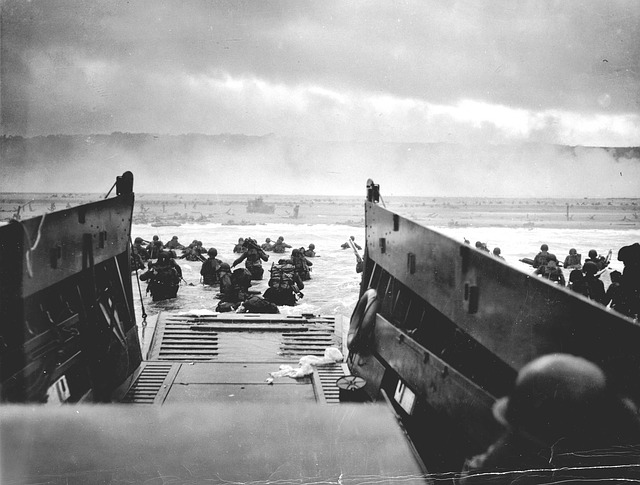 Seventy-five years ago to this very day, the largest amphibious invasion in history took place on the beaches of Normandy: D-Day.

In addition to the 24,000 soldiers who parachuted into France, a staggering 156,000 more troops were dropped off from sea. The first wave of men to set foot on the beaches was hit hardest by the entrenched Nazi positions, but nevertheless succeeded in breaking through their defence, a feat which we now remember less by the history books and more by movies and video games:

Generally seen as the second definite turning point in World War II (the first being the Axis’ defeat at Stalingrad in 1943), the invasion of Normandy marked the point of no return for the Nazi forces. From 1944 onwards, the Allied forces would close in on Berlin from both sides. Though the Nazis had long suspected that the Allied invasion of West-Europe was imminent, the disinformation sent out by spies managed to create enough confusion for D-Day to be a surprise.

A lesser-known fact is that the battle for Normandy lasted longer than the first day. Though it is generally assumed that the battle was pretty much over once the soldiers got passed the bunkers at the end of the beach, the Germans managed to recover and launch a counter-assault. Though the following two terms are often mixed up, Operation Neptune, or more commonly: D-Day, refers to the landing of June 6th, while Operation Overlord refers to the invasion of Normandy; the latter lasted until the end of August 1944.

The Dutch and D-Day

The Dutch contribution to this operation was insignificant; apart from a few Dutchmen serving in the British army, no Dutch soldiers set foot on French soil until well into August 1944. However, Prince Bernhard managed to found the Spitfire Fonds, through which he raised over 20 million guilders over the course of the war. The main share of this money was donated to the British government, who used it to build over 100 Spitfire fighter planes, 18 bombers, 3 Beaufighters, 6 tanks, and 18 Brenngun carriers.

Though the idea of an all-out war raging over Europe seems unimaginable to many of us living now, it is important that we never forget the events of World War II. If you have a minute to spare, we encourage you to take a look at these pictures of Normandy then and now:

Any important fact that we missed about D-Day? Let us know in the comments!

Previous articleFood Truck Festival Review: What To Eat At Rrrollend
Next articleHave you seen this man? Police are calling for any information as he may be dangerous